Sociologist Gustavo Morello, S.J., leads the most widespread qualitative study of how religion is lived in Latin America

The Basilica Cathedral of Lima, Peru.

A native of Argentina, Associate Professor of Sociology Gustavo Morello, S.J., has had a front row seat as the religiosity of his fellow Latin Americans has changed during the past several decades.

As a sociologist of religion, he decided it was time to dig deeper into the shifting currents changing everyday religious practices and introducing a more diverse offering of denominations in a region that was once almost exclusively Catholic.

Through a grant from the John Templeton Foundation, Fr. Morello led a team of colleagues from universities in Argentina, Peru, and Uruguay, who interviewed more than 250 individuals in three Latin American cities, the most widespread qualitative study of lived religion in Latin America.

During the three-year project, titled “Lived Religion in Urban Context: A Study of Contemporary Experience of the Transcendent,” researchers focused on residents of Lima, Perú; Córdoba, Argentina; and Montevideo, Uruguay.

“We wanted to find out how Latin Americans ‘do’ religion,” says Fr. Morello. 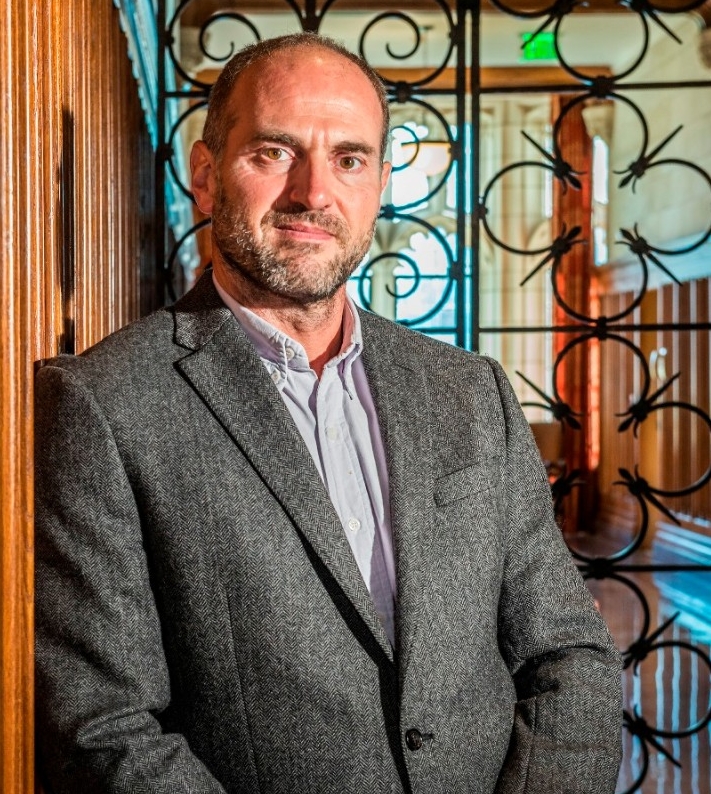 In these three cities with shifting religious landscapes and diverse cultural histories, researchers found Catholics must now share space with Protestants and non-affiliated persons, often within their families.

Latin Americans make up a more diverse religious region than ever before: 69 percent of the people in 19 South American countries identified as Catholic, while 19 percent identified as Protestant and eight percent as unaffiliated, according to a 2014 Pew Research Forum study.

Religious diversification is linked to the growing influence of evangelical Christians—a presence dating back to the 1950s—as well as the dynamics of globalization. Throughout Latin America, there is broad access to international goods, cultural trends and also religious traditions, according to Fr. Morello.

“The respondents—Catholics, Protestants, and the unaffiliated—confirmed the shift. They described to us how an era of globalization and the reach of technology have touched the religious lives of everyday Latin Americans in new and profound ways.”

More than two-thirds of the interviewees have frequent contact with persons that identify with a different religious tradition, an important change when compared to 50 years ago. Latin America is not just Catholic, but also Protestant and non-affiliated. But that plurality has not meant dialogue. Most of the time respondents said they avoid talking about religion.

Fr. Morello says Latin Americans today do many different things when they “do religion.” While many respondents do some sort of traditional praying—such as giving thanks, asking for something, meditating—just as many connect with God using technology, like streaming a liturgy, praying with their phones, or posting prayers on Facebook.

Slightly less than a quarter of the subjects report some sort of “connection” when hiking in the mountains, running on the beach, or working out. For some, religion is literally under their skin—in the form of a tattoo with a transcendental meaning for them.

For these Latin Americans, the classical distinction between private religious places and secular public spaces has blurred, Fr. Morello and his colleagues found. People exercise their religiosity wherever they are and at any moment they feel they need it. Their religious practice is not confined to a brick-and-mortar church: They find sacred space wherever they can, from the dining room to the living room, during their commute, and even in the workplace.

Many participants experienced religion as a “work-in-progress.” Religion is an existential journey more than a dogmatic or intellectual destination. People are on religious paths, and occupy certain “spiritual locations,” but they have not necessarily reached a “destination,” nor have they been looking for dogmatic clarity, the team found. To be a believer means to have doubts. Yet the individuals interviewed were comfortable talking about their doubts.

“However, religion has changed and religious people are more autonomous from their institutions than religious leaders would wish. Latin Americans practice religion on their own terms, serving as their own religious authorities. Mandatory religious rituals are seen more as an imposition than a celebration. What is really important for most of the interviewees is the personalization of the experience.

“Religiosity is more a work in progress than a fixed situation, a journey more than a destination,” Fr. Morello says.

In addition to Templeton Foundation funding, the team received support from BC’s Jesuit Institute, which funded fellowships that allowed Da Costa and Rabbia to spend time at BC working on the research with Fr. Morello and Romero. BC Undergraduate Research Fellowships funded undergraduate assistants who organized an archive of study data so it can be used by other researchers.

Managing such a far-reaching project across four countries and two continents sometimes posed logistical challenges. At one point, the team had logged 44 hours of online meetings via Skype.

To date, Fr. Morello and other members of the team have presented their findings to researchers in Argentina, Canada, Chile, Mexico, Peru, Uruguay, Spain, the United Kingdom, and the United States.

The researchers have had their findings published or accepted by publications that include Sociology, Social Imaginaries, Sociedad y Religion, Estudos de Religião, Critical Research on Religion, and Visioni Latinoamericane.

Fr. Morello was also invited to serve as guest editor for a special issue of the U.S. journal Religionson the subject of religious transformation in Latin America. Several book projects are either in progress or under review.