Brexit far away, yet close to home

Will the UK leave the EU? If so, when and how? For Boston College's UK and Irish natives, those are not just academic questions

(UPDATED 10-28-19) The European Union has granted a three-month delay to the U.K.'s scheduled October 31 departure from the bloc. As the saga continues, U.K. and Irish students at Boston College follow developments back home with no small amount of trepidation, and equally little certainty as to what will, or won’t, happen.

Of course, it’s not only students who are tracking Brexit news at BC. Peter Moloney, an adjunct faculty member in the Woods College of Advancing Studies is from Limerick and has regularly shared his expertise on the history of the EU and related areas with the media. He takes a long view of the situation. 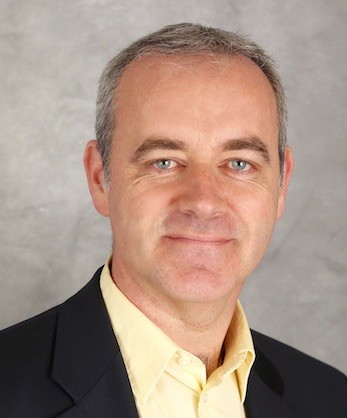 “Even if all these hurdles are negotiated successfully, the past three years have just been chapter one of the Brexit book, focused on the divorce bill. The actual future deal that governs the UK-EU relationship has yet to be negotiated and this could take years of minute haggling," said Moloney, who also focuses on international business. "How this impacts the UK economy has yet to be seen, but it doesn’t suggest the period of consistent stability that businesses crave."

Economic consequences and potential related societal impact of Brexit are among the concerns cited by a sampling of BC’s U.K. students, as well as a general anxiety over national values. Irish students, meanwhile, have been apprehensive about one of Brexit’s most controversial quandaries: whether a “hard border” will be established between Northern Ireland and the Irish Republic.

Joseph McCrave, a doctoral student in theology from Preston, worried whether Brexit would have damaging economic consequences that, along with restrictions on freedom of movement between the UK and Europe, would weaken the country considerably—for example, in fields such as academia, it would be harder to attract talent and investment from across Europe.

“But I’m equally concerned about the damage that has already been done—to our civic discourse and our ability to live as a pluralistic nation—by the way that Brexit has been debated so far,” McCrave said.

William Peters, a doctoral student in the Lynch School of Education and Human Development from the city of Guilford southwest of London, said his major concern about Brexit is that it reflects a rise in self-interest and cynical, nationalistic tendencies that threaten the concept of collective responsibility.

“I believe the ethical problems with Brexit outweigh any personal financial gain. At home, I can tell a lot of people are furious with a government that has continually lied to the people and manipulated voters into a position of uncertainty, based on potentially harmful ideological reasons while simultaneously promising fiscal benefits.”

“Even if all these hurdles are negotiated successfully, the past three years have just been chapter one of the Brexit book, focused on the divorce bill. The actual future deal that governs the UK-EU relationship has yet to be negotiated and this could take years of minute haggling.”

Hollie Watts, a political science major in BC’s Class of ’21 studying in Geneva this semester, said that the progress of Brexit, however drawn out and suspenseful, had reached a point where it was in the best interests of both the UK and EU to hammer out a deal beneficial to each, as opposed to a no-deal break-up.

“Britain’s history of isolationism gets brought up a lot,” she said, “but Brexit was not about ending its relationship with Europe: It had to do with changing the terms of the relationship. The EU can be inefficient, and trying to enact reforms is not an easy process.”

The oft-cited parallels between the Brexit referendum and the election of Donald Trump have some validity, Watts said, in that both events showed the impact of populism. But in her view, Trump is a more polarizing figure: “Trump was elected as a right-wing populist with little support from Democrats. Labor and Conservative politicians were evenly split on Brexit, and within families or groups of friends, people held a variety of opinions about the issue—you could have the same political identity and vote different ways.”

While she is anxious about possible economic and social turmoil ahead, Fiona Binns, a University of Bristol student at BC for the fall, has a nuanced outlook on Brexit. A native of the Outer Hebrides off the coast of Scotland, Binns sees a scenario where, after the UK leaves the EU, Scotland declares its independence and then joins the EU. But that possibility is a bittersweet one, she adds.

“I’ve dreamed of an independent Scotland my whole life, but if it happens it might not be so good for the rest of the UK,” Binns explained. “It’s just a very complex issue which will have some positive and some negative impacts, and also really depends on the deal we leave with.”

Ciaran Conway, a University of Liverpool exchange student, is a native of the Northern Irish county of Tyrone, near the border with the Irish Republic. Like many students from Ireland and Northern Ireland, he has been leery about the “Irish backstop” issue that has bedeviled Brexit negotiations.

“I believe that many of those in government currently are unaware of how important the open border is for local communities and the economies of both Northern Ireland and the Republic,” he said. “As I myself have family from both sides of the border, I will be affected if any checkpoints are set up. Furthermore, any physical representation of a border has the potential to ignite violence among dissident republican groups such as the Real IRA or Continuity IRA, and would likely be the target of attacks in one shape or another from disillusioned members of the Nationalist/Republican community.”

BC freshman Leah Temple Lang, a native of Rathmines, near Dublin, agrees that a hard border would exacerbate old tensions. “If the backstop is not sorted out, the Troubles that were apparently ‘fixed’ by the Good Friday Agreement—but have been getting increasingly worse in the years since Brexit—may start again. And we will be back to square one with terrorist activities happening on a regular basis and innocent people being victimized and persecuted on both sides, especially if there is no free movement of people and free trade between the North and the South.”

Pádraig Barry, an exchange student from University College Cork—who described Ireland as “a very proud nation; too proud at times”—also called for a “soft” border. “Not only will that retain both the interest of Unionists and Republicans, but it will maintain efficient transport links between both sides of the invisible border,” he said. “Creating a hard border will create a hard reaction in the minds of the people on both sides.”

Moloney, however, said the UK-EU deal now under discussion may create a “new” Irish problem. “The deal seems to have guaranteed no land border. However, if it passes, the new customs border will be along the Irish Sea, effectively dividing the UK in a way that has not occurred before, and perhaps pushing Northern Ireland towards a closer relationship with the Republic of Ireland. This is a long way from a united Ireland but it is still a step towards further unity and will guarantee the opposition of the largest Unionist party in Northern Ireland, the Democratic Unionist Party.”