A world of flavors

Creativity and imagination are hallmarks of BC Dining's Global Eats program

Creativity, innovation, and a tasting trip to distant lands are on the menu every Thursday at Corcoran Commons, when Boston College’s Global Eats program offers diners a new international dish never previously served at the University’s dining facilities. 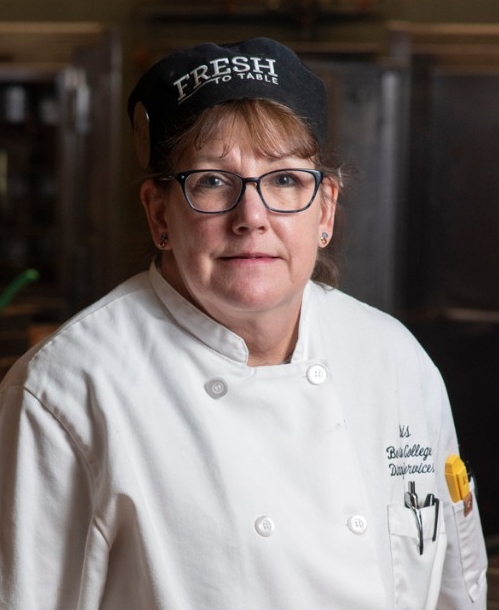 Each week a different BC Dining Services employee selects the country and the dish to create, not only bringing new options to customers, but also driving the dining staff's creativity by expanding their familiarity with foods, flavors, and techniques, BC Dining administrators say.

The inspiration for Global Eats—recently showcased by the Food Management magazine, which covers the non-commercial food service industry—came last year from Derrick Cripps, then the general manager at  Corcoran Commons, who had been searching for a way to get his children to broaden their palates. Tired of preparing the same food over and over again, he assigned each of them the task of choosing a dish from a different culture that he had never prepared for them. It worked so well that Cripps—who recently left the University after 13 years—decided to share the idea with his colleagues at BC Dining Services, and so was born Global Eats.

Lois Kass, a first cook in Corcoran Commons and a 20-year BC employee, decided to make an Armenian dish because she has many Armenian friends. She relied on their expertise and family recipes and visited an Armenian market to prepare lahmajoun, an Armenian flatbread pizza with minced meat paste, vegetables, and herbs. The meal proved so popular that it will be added to the next menu cycle.

“It is fun to do something different from the three-week cycle menu that is a little more gourmet,” said Kass. “The staff really enjoys it.”

So do their customers. According to Kass, one student was so disappointed to miss the lahmajoun she prepared that he left his email address so he could be notified the next time it is offered.