A different view of Paris

One of the most viral videos to come out of France’s 2018 World Cup victory was filmed long after the final whistle blew. In it, 80,000 joyous fans sing along as French rapper Vegedream belts out his hit song “Ramenez la Coupe a la Maison” ("Bring the cup home") surrounded by members of the French national team. One American news outlet called it “the most iconic video of all time.”

This summer, Boston College sophomore Grace Assogba found herself in the fourth row of a Vegedream concert in Paris, France, singing along to the World Cup anthem-turned cultural phenomenon. But for her and her classmates, the event was more than just a fun night out—it was part of the syllabus for Paris Noir: From La Négritude to le Hip-hop, a four-week summer course exploring black identity in Paris through art, literature, and film.

Each week, the 11 students enrolled in the course completed assigned reading and attended classroom sessions, but they also went to concerts, heard from speakers, and visited museums and restaurants focused on black art and cuisine. 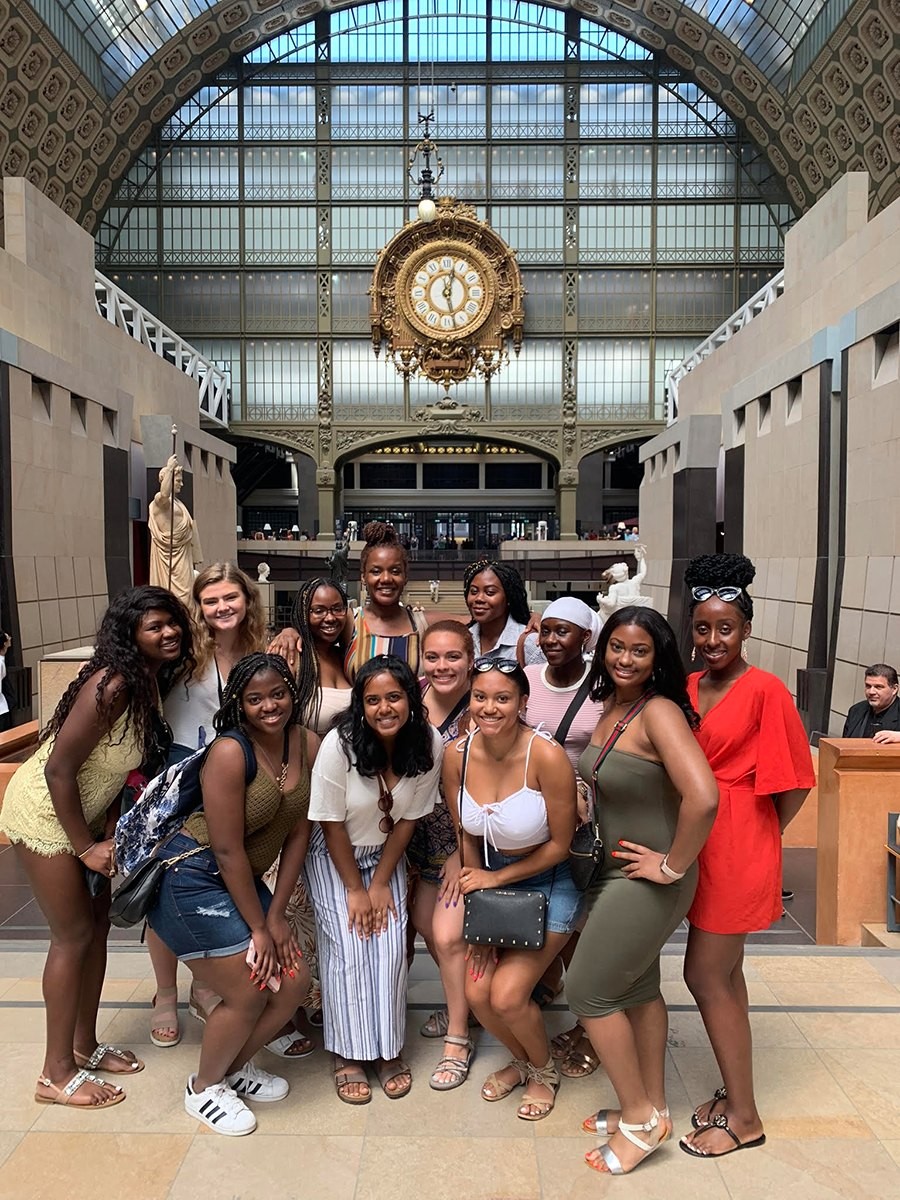 Régine Jean-Charles and her students during a visit to the Musée d'Orsay in Paris.

“We were in class learning these things and then actually going out and living them,” Assogba said. “It was a completely different cultural experience.”

For students interested in studying the African diaspora, European countries are rarely a destination of choice. Associate Professor of Romance Languages and Literatures Régine Michelle Jean-Charles, who taught the “Paris Noir” course, remembers feeling disappointed when her own parents insisted she study abroad in Paris instead of Senegal.

In designing the course, Jean-Charles focused on the numerous and varied contributions people from Africa and the diaspora have made to Parisian literature and culture, and how those contributions have helped shape black identity in France from the 1930s to the present. Woven throughout were topics ranging from the history of immigration, to French rap, to diversity on the national soccer team.

Whenever possible, students learned through experiences, eating at African and Caribbean restaurants and visiting book stores and shops owned by black proprietors. When studying how black figures have been represented in the visual arts, they visited the Musée D’Orsay for an exhibit on the topic.

“The experiential piece adds so much,” said Jean-Charles. “When I teach this class at BC in the future I will of course talk about these paintings, but it’s totally different to see them in person.” 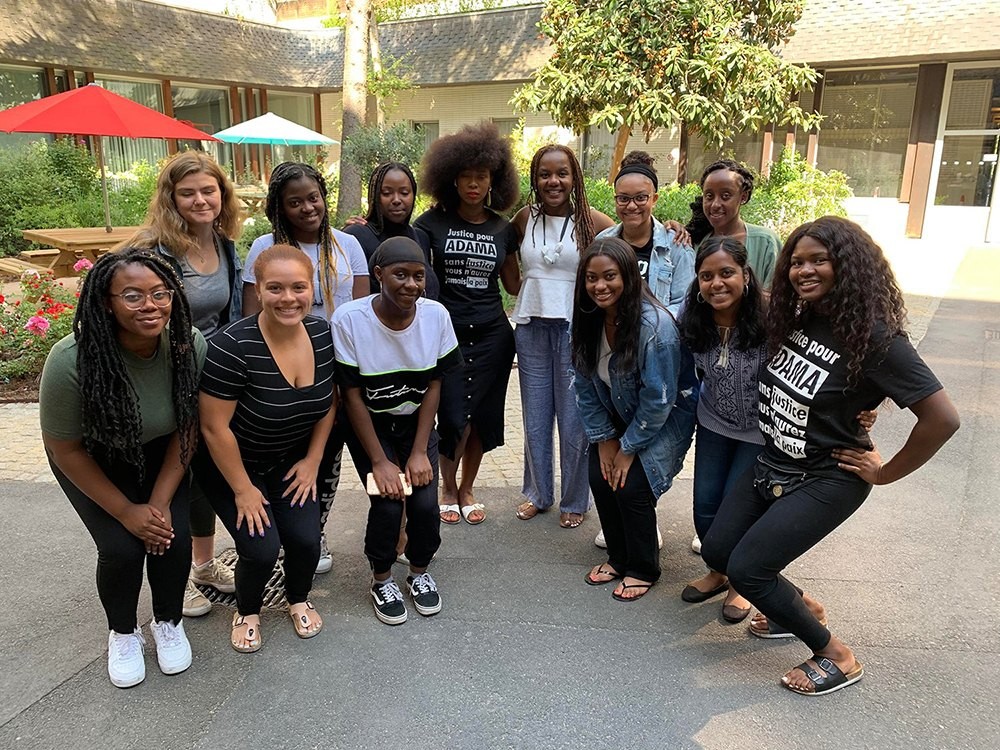 Students heard from Assa Traoré (center), whose brother, Adama, was killed by French police in 2016, sparking a movement similar to Black Lives Matter.

The opportunity to experience the culture she was learning about was part of the appeal for sophomore Bilguissa Barry, who is originally from Guinea.

“Every day we were learning just by being in the city,” she said. “Whenever we went to a place we were analyzing it through an academic lens, thinking about the historical context. It was so different from being there as tourists.”

Throughout the course, Jean-Charles invited speakers of all backgrounds to address the class, including authors, journalists, and activists. Of all the speakers, Assogba was most inspired by Assa Traoré, whose brother, Adama, died while in police custody in 2016, sparking a movement similar to Black Lives Matter.

“I literally had chills listening to her tell her story,” she said. “That speaks to the class because there were so many ways that we were engaged—from classroom discussions to museum visits to speaking to journalists. Every single aspect of learning was present.”