“True North,” a curriculum with digital application created by Boston College faculty member Belle Liang and her research team to help students explore significant questions of their young lives, has demonstrated more versatility than a Swiss Army knife in recent months: Three BC programs or courses incorporated the program into their curricula. 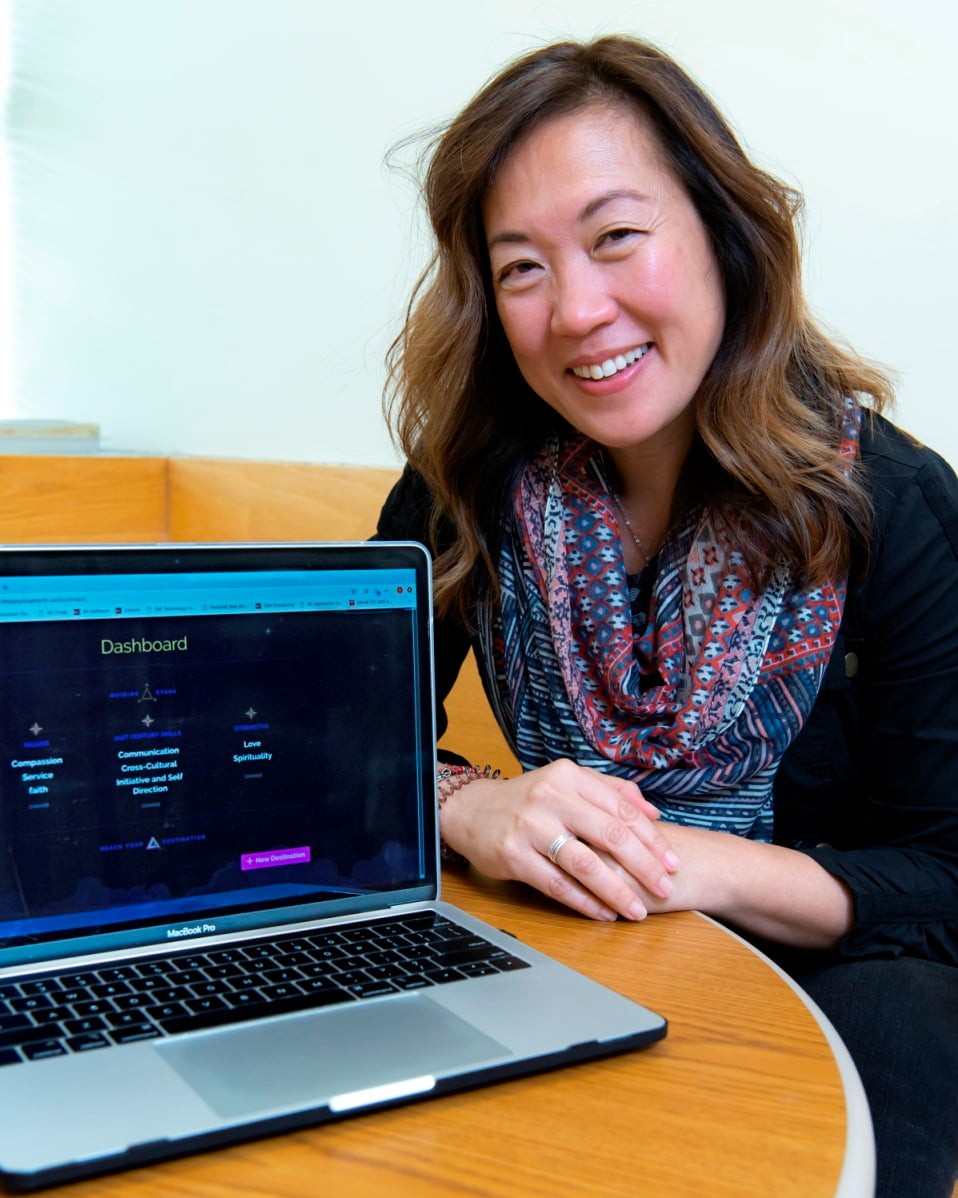 Developed in 2019 by Liang, a professor of counseling psychology in the Lynch School of Education and Human Development, True North uses evidence-based best practices in youth intentionality and formative education to help students investigate and discover personal pathways to finding "purpose," going beyond the narrow definitions of success in a society that frequently emphasizes personal fame and fortune as the definitive measure of achievement. The program’s name derives from a term often defined as the force that guides and fuels a person's ambitions.

According to First Year Experience Director Ali Bane Hammond, True North was a hit with students and parents during orientation webinars this past summer.

“Although it wasn’t required, significant numbers of both incoming students and their parents chose to watch the True North presentation conducted by Belle and project manager Tim Klein during the virtual summer program,” she said. “Their message particularly resonated deeply with the parents, many of whom reached out to express their appreciation for the webinar. It’s unusual to get such passionate, unsolicited feedback about an element of the orientation program.”

She added that True North effectively “fills a gap” in the formation process “by cultivating opportunities for discernment,” and as a digital platform, “offers a contemporary means for students to collect their thoughts in a central location.”

True North workshops were highlighted in a July 23 Washington Post article on a current trend among some American colleges to ease up on pushing freshmen to immediately select a major. Noting a Gallup survey finding that more than one-third of bachelor’s degree recipients would change their majors if they could, and only about half of college students strongly agree that their major will lead to a good job, the Post reported that some universities are developing the infrastructure to help students explore their options, rather than “stick with a major that might not be the best fit for them.”

The same Gallup poll, the Post continued, revealed that just over a third of the students think they will graduate with the skills they need to be successful at work, and only a quarter felt their education was relevant to their daily life.

In a longer version of the article published in The Hechinger Report, Liang referenced the dissatisfaction among students and graduates suggested by the survey: “They don’t have high levels of meaningfulness in their work, which is a terrible outcome for students and their families [who] spend so much money and time on higher education.”

Klein told the Post: “How about if we help students make meaningful decisions?”

True North was also fully incorporated into the Experience, Reflection, Action (ERA) Program, a weekly, formative education-focused course within the Lynch School that introduces first-year students to elements foundational not only to their time at BC, but to the rest of their lives.

“ERA guides students toward how to become complete individuals, including suggesting ways to cultivate community, to design solutions to solve complex global and local issues, and discover purpose in their vocations and beyond,” said Julia DeVoy, Lynch School associate dean of undergraduate programs and students.  “Given it’s so aligned with the ERA’s mission, True North was a great fit to integrate as a program element.”

She noted that 140 students—the most ever—are participating in ERA this year, plus 28 peer mentors (upper-level undergraduates) and 12 instructors, and that Klein meets with ERA staff during the semester for training and counsel.

True North also has been assimilated into the Lynch School’s Applied Psychology Practicum courses, where students learn how to apply psychological theory and research to their own process of vocational discovery, said Liang and DeVoy.

Liang noted that True North’s integration plans are only its first phase, as discussions with other BC schools and colleges are ongoing: For example, Klein is training staff and faculty at three large and demographically diverse community colleges in evidence-based practices that align with True North.

“As excited as we are about bringing innovative technology into the classroom,” Liang said, “we’re even more excited about the philosophical and practical shifts it represents towards building bridges between academic material and students’ sense of purpose beyond the classroom.”