Opposites may attract and drive each other a little crazy, but together they can make satisfactory decisions despite their divergent attitudes, according to a Boston College researcher who led a study that explored how selfish and altruistic consumers join in decision making.

Consumers routinely make joint decisions with others—which restaurant to eat in, what movie to watch, or where to go on vacation. Researchers from Boston College, Georgia Tech, and Washington State University wanted to see if people with opposite attitudes could come to satisfactory decisions together.

In both scenarios, the paired respondents were able to come to decisions that best reflected their individual preferences, or what both partners personally liked—if they took the opposite attitude as that of their partner, said Boston College Carroll School of Management Coughlin Sesquicentennial Assistant Professor of Marketing Hristina Nikolova. 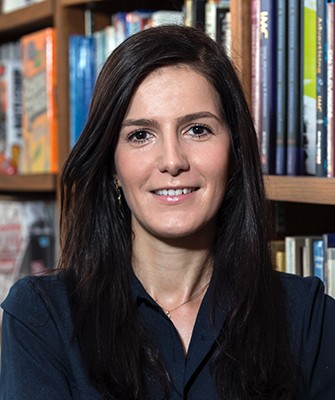 "When you see that your partner is acting selfishly, it is better to let it go and act altruistically instead; let them make the decision because this will ultimately ensure a better outcome for you than if you act selfishly too," said Nikolova, a co-author of the article "Ceding and Succeeding: How the Altruistic Can Benefit from the Selfish in Joint Decisions."

"In the joint decision-making of an altruistic and selfish consumer, the selfish partner would willingly express her desired preference, while the altruistic partner will likely accept these suggestions," Nikolova continued. "Since consumers’ preferences are more similar than they recognize, an altruistic individual will likely get an option that she somewhat prefers even when a selfish partner drives the decision. Thus, regardless of who drives the decision, both partners are likely to reach a joint decision that is relatively preferred by both of them."

Conventional wisdom suggests that standing one’s ground is associated with positive outcomes, Nikolova said. But that’s not necessarily the case.

"In the context of joint choices, however, we find that two selfish heads do worse than one altruistic and one selfish head; two selfish consumers jointly choose options that neither of them prefers. This happens because both partners are likely to be rigidly self-oriented when negotiating with others," she said.

For those who are selfish in nature, conceding runs counter to their nature. The study found that selfish individuals are likely to meet suggestions with counteroffers even when the suggestions somewhat coincide with their own preferences, Nikolova said. And that might actually be a bad thing.

"This propensity to counteroffer rather than concede inadvertently leads to negotiation," she said. "The two selfish partners trade rejected offers until they land on an option that is further down both of their preference lists but is deemed acceptable by both partners."

There is limited research on joint decision-making in the fields of marketing and consumer behavior. Nikolova sees future studies further investigating how interpersonal orientations influence decision making. While the study examined decision outcomes among pairs of individuals, it didn’t focus on how the pairs went about making their specific decisions.

She said she hopes to look at whether pairs with similar outlooks—two selfish persons, or two altruistic persons—use the same decision tactics as paired opposites. That would require a closer look at the decision process, rather than the outcome.