New fiction from Professor Maxim D. Shrayer explores the many identities of a Russian Jewish immigrant to America

In A Russian Immigrant, Shrayer’s Boston-based protagonist Simon Reznikov is prevented from putting down roots in his new country; he has unresolved feelings about his Jewish and American present, and his Russian and Soviet past. 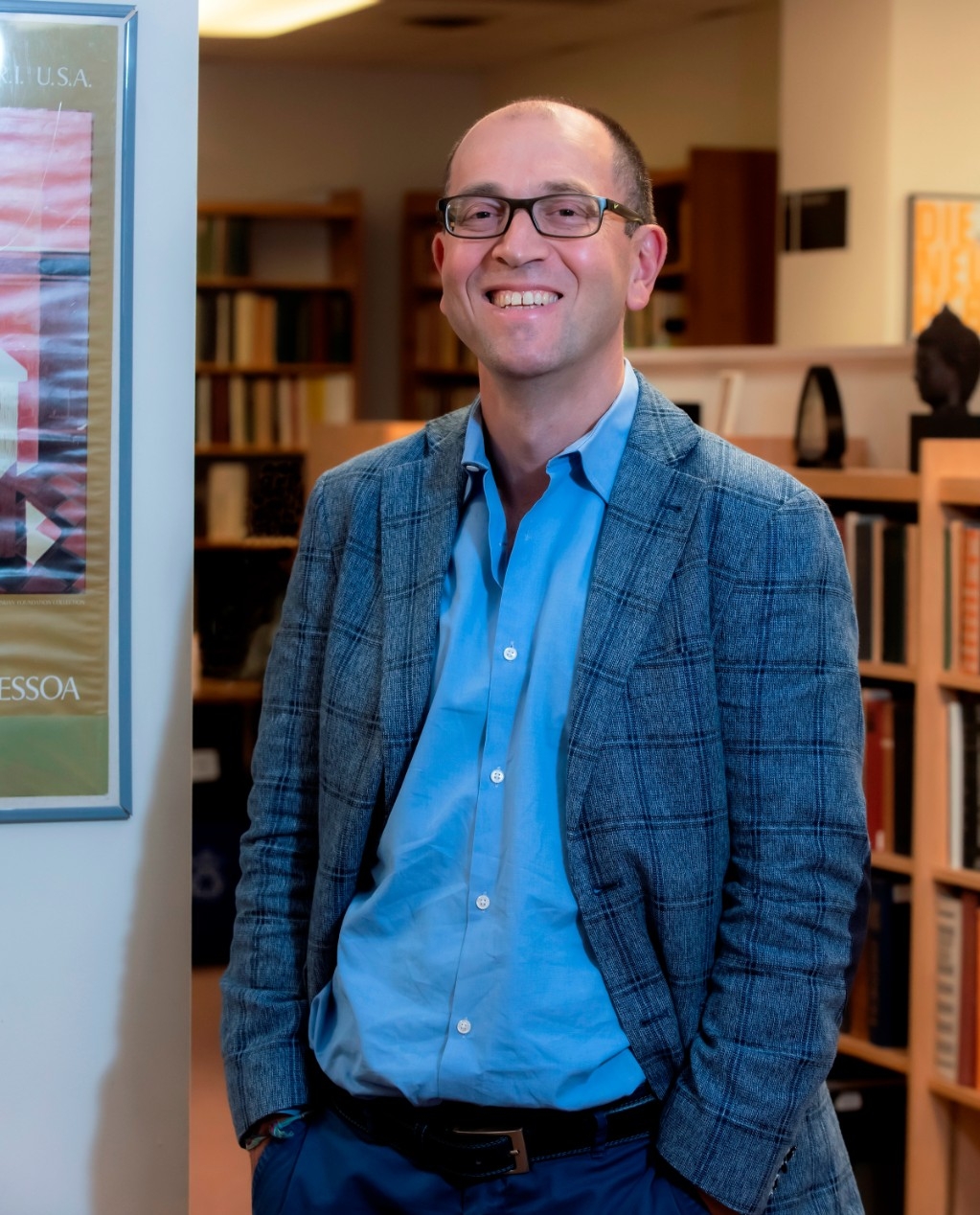 “Immigrants bring with them both material baggage and the baggage of memory,” said Shrayer, who will formally launch the book at an Oct. 30 campus event. “In a sense, A Russian Immigrant is about a gradual acquisition of American-ness and an expenditure—always partial and often painful—of Russian and Soviet memories.”

Told both linearly and non-linearly, with elements of suspense, mystery, and crime, the three interconnected novellas gradually reveal many layers of the characters’ Russian, Jewish, and Soviet identities, as Reznikov moves from adolescence to early adulthood. A visit to a decaying summer resort in the Catskills, now populated by Jewish ghosts of Soviet history—including a famous émigré writer—reveals to Reznikov that he, too, is a prisoner of his past. A scholarly expedition to Prague in search of clues for an elusive Jewish writer’s biography exposes Reznikov’s own inability to move on. A chance reunion with a former Russian lover, now also an immigrant living in an affluent part of Connecticut, unearths memories of Reznikov’s last Soviet summer and reanimates many contradictors of a mixed, Jewish-Russian marriage.

Though a work of fiction, A Russian Immigrant is highly personal, inspired by the plight of Shrayer’s Jewish-Russian family and their American assimilation and acculturation. Like his protagonist, Shrayer was born in Moscow; he spent nearly nine years as a refusenik with his parents. They left the USSR and immigrated to the U.S. in 1987, when he was a young man.

“While I have written and published a number of short stories, many of which deal with the destinies of refugees and émigrés from Russia and the former USSR, the bulk of my literary publications have been in the form of creative and autobiographical non-fiction,” said Shrayer, author of the internationally acclaimed memoir Waiting for America: A Story of Emigration.

This new work of fiction holds special significance for him, he noted: “It is central to my life as a Russian immigrant of 32 years, and, I hope, to the lives of my fellow immigrants from Russia and the former USSR.”

Not only a Jewish-Russian-American immigrant story, A Russian Immigrant is also a New England story, Shrayer explained. Large sections are set in Rhode Island, Connecticut, and the Boston area, and sections of the book were composed in Boston, both in Brookline where he has lived for 24 years—and where the cover photo, in his neighborhood park, was taken—and in South Chatham on Cape Cod, where he writes during the summer months.

A Russian Immigrant, he added, “bridges my shorter fictional explorations and my dilogy about growing up Jewish and emigrating from the Soviet Union.”

The Oct. 30 launch for A Russian Immigrant, which will be held from 7-9 p.m. in Devlin 101, will include a reading and discussion, followed by a book signing and reception. The event is sponsored by the departments of English and Slavic and Eastern Languages, and the Jewish Studies Program.