Former president of Ireland Mary Robinson, the first woman to hold that position, kicks off the new lineup 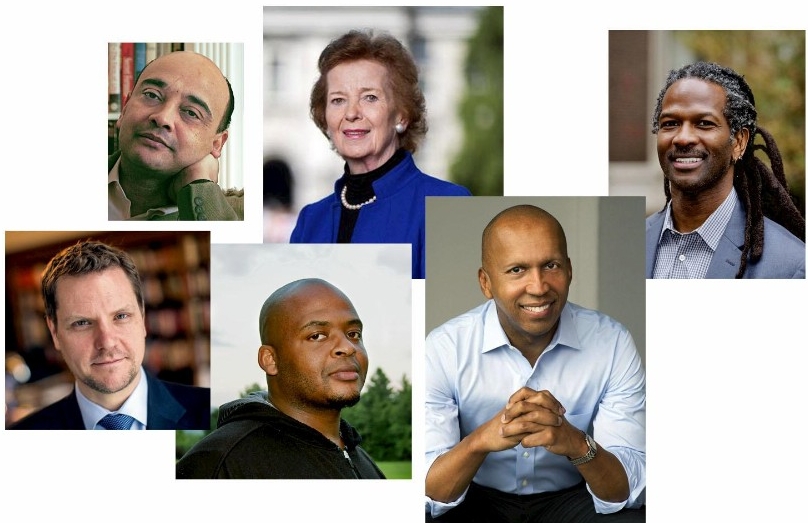 In her critically acclaimed 2018 book, Climate Justice—Hope, Resilience, and the Fight for a Sustainable Future, former President of Ireland and United Nations High Commissioner for Human Rights Mary Robinson writes that she came relatively late to the public conversation on global warming and environmental sustainability.

But in 2002, she established the global initiative Realising Rights: a project to advance economic, social, and cultural rights for developing nations which took Robinson to many countries and led her to conclude that “climate change, human rights, justice, equality, and individual empowerment are all inextricably linked,” according to The Guardian’s book review.

Robinson will usher in the fall Lowell Humanities Series events when she appears on campus September 11 to address the important subject of that book, which was co-written with Caitríona Palmer, who received a master’s degree from Boston College in 1997.

“We are excited that this year's inaugural lecture will be presented by Mary Robinson, a return visitor to campus,” said series director and Associate Professor of English James Smith.

“The Lowell is committed to making the series as interdisciplinary and diverse as possible and continues to look for opportunities to partner with other centers on campus, as well as departments and programs,” Smith said, noting that Robinson’s lecture is cosponsored by the Environmental Studies Program and Earth and Environmental Sciences Department.

Another upcoming event—cosponsored with the Winston Center for Leadership and Ethics and PULSE Program—is part of the 2019-20 celebration of PULSE’s fiftieth anniversary, Smith notes. It brings to campus Bryan Stevenson, founder of the Equal Justice Initiative and author of the award-winning 2014 book Just Mercy October.

The diverse LHS fall lineup also includes appearances by a memoirist and fiction writer, a philosopher and cultural theorist, a Renaissance scholar, and an award-winning psychologist. 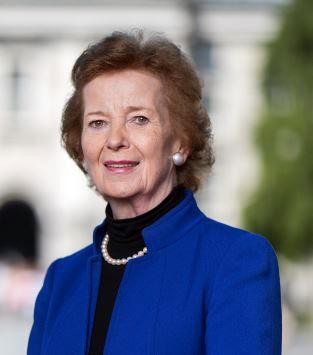 President of Ireland from 1990-1997 and UN High Commissioner for Human Rights from 1997-2002, Robinson is currently an adjunct professor of Climate Justice at Trinity College Dublin. She is chair of The Elders, a member of the Club of Madrid, and the recipient of numerous honors and awards, including the Presidential Medal of Freedom from U.S. President Barack Obama. Robinson is on the advisory board of Sustainable Energy For All and serves on the board of the European Climate Foundation. From 2013-2016 Robinson served as the UN Secretary General’s Special Envoy in three roles: first for the Great Lakes region of Africa, then on Climate Change, and most recently as Special Envoy on El Niño and Climate. She published her memoir, Everybody Matters, in 2012. 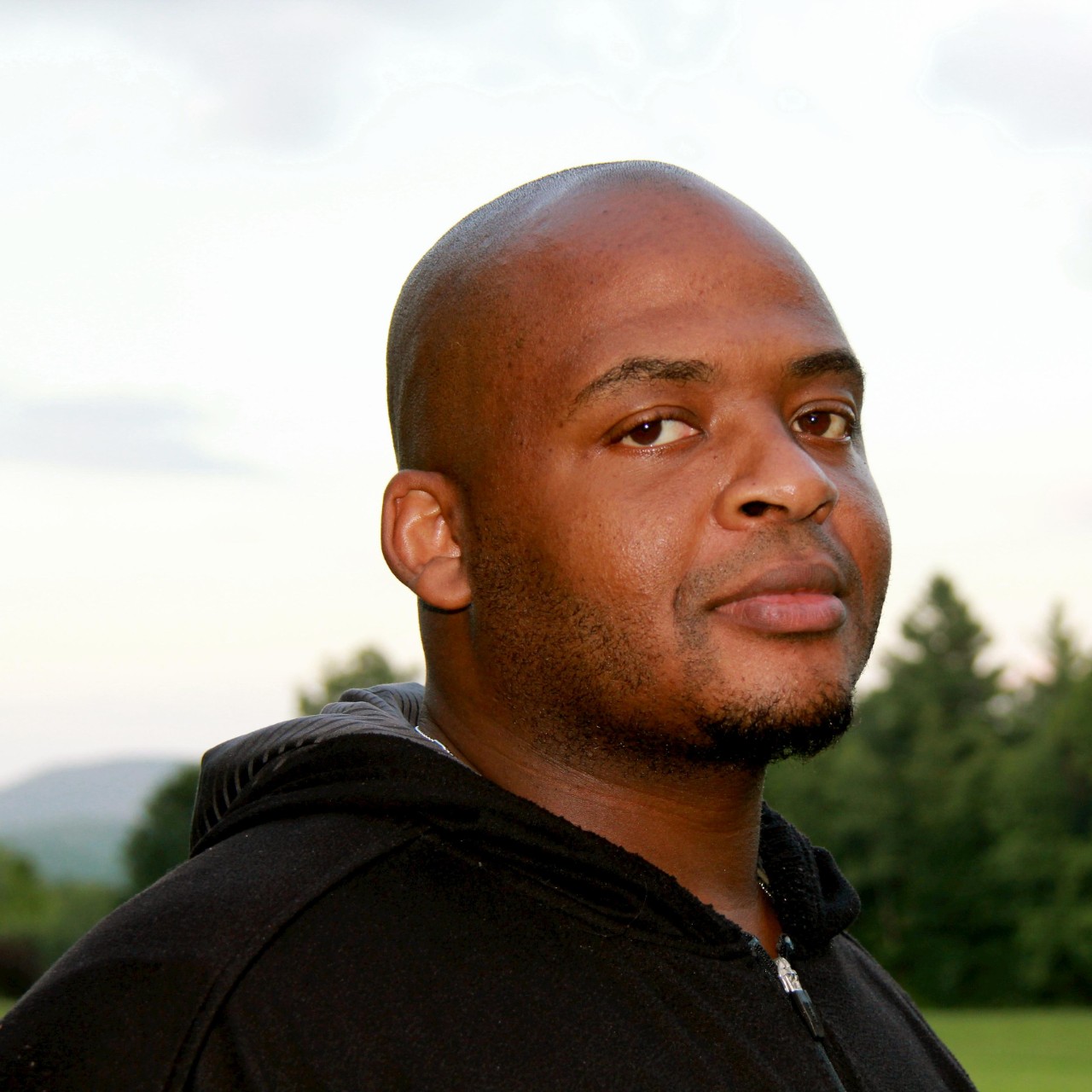 A writer from Jackson, Mississippi, Laymon’s observant and often hilarious work does battle with the personal and the political: race and family, body and shame, poverty and place. He authored the powerful memoir Heavy, which won the 2019 Andrew Carnegie Medal for Excellence in Nonfiction; the groundbreaking essay collection How to Slowly Kill Yourself and Others in America, and the genre-defying novel Long Division. In addition to his work for Gawker, Laymon has written for outlets including Esquire, NPR, The Los Angeles Times, The Guardian, Ebony, and The Oxford American. A professor of English and African-American Studies at the University of Mississippi, he is writing a novel, And So On, due out in 2020. 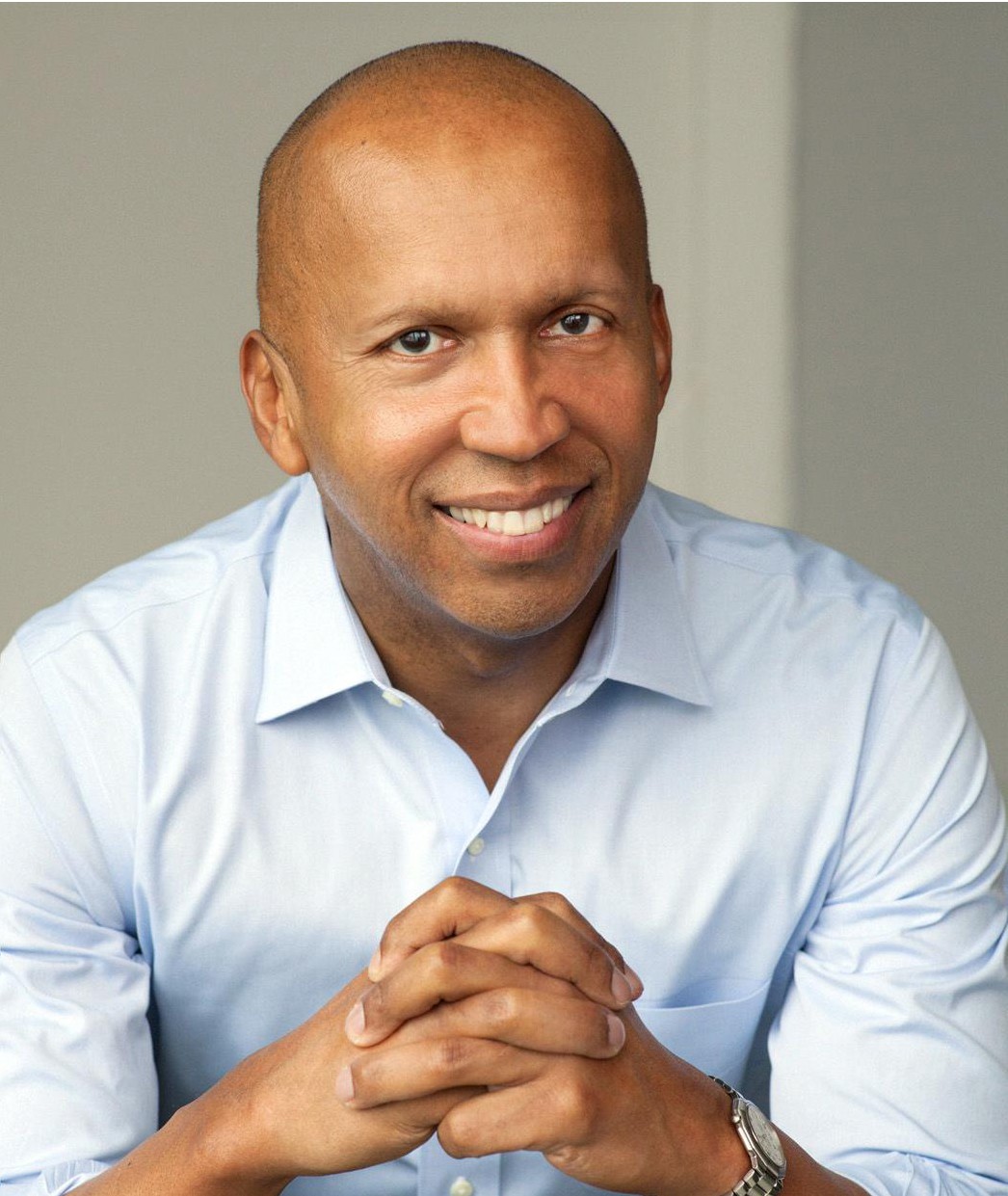 Founder and executive director of the Equal Justice Initiative in Montgomery, Alabama, Stevenson is an acclaimed public interest lawyer who has dedicated his career to helping the poor, the incarcerated, and the condemned. Under his leadership, EJI has won major legal challenges eliminating excessive and unfair sentencing, exonerating innocent death row prisoners, confronting abuse of the incarcerated and mentally ill, and aiding children prosecuted as adults. His numerous awards and honors include the MacArthur Foundation "Genius" Prize, and the National Medal of Liberty from the American Civil Liberties Union. He authored the critically acclaimed New York Times bestseller, Just Mercy, which was named by Time magazine as one of the 10 Best Books of Nonfiction for 2014 and awarded honors including the Carnegie Medal by the American Library Association for the best nonfiction book of 2014, and a 2015 NAACP Image Award. Stevenson is a professor at the New York University School of Law. 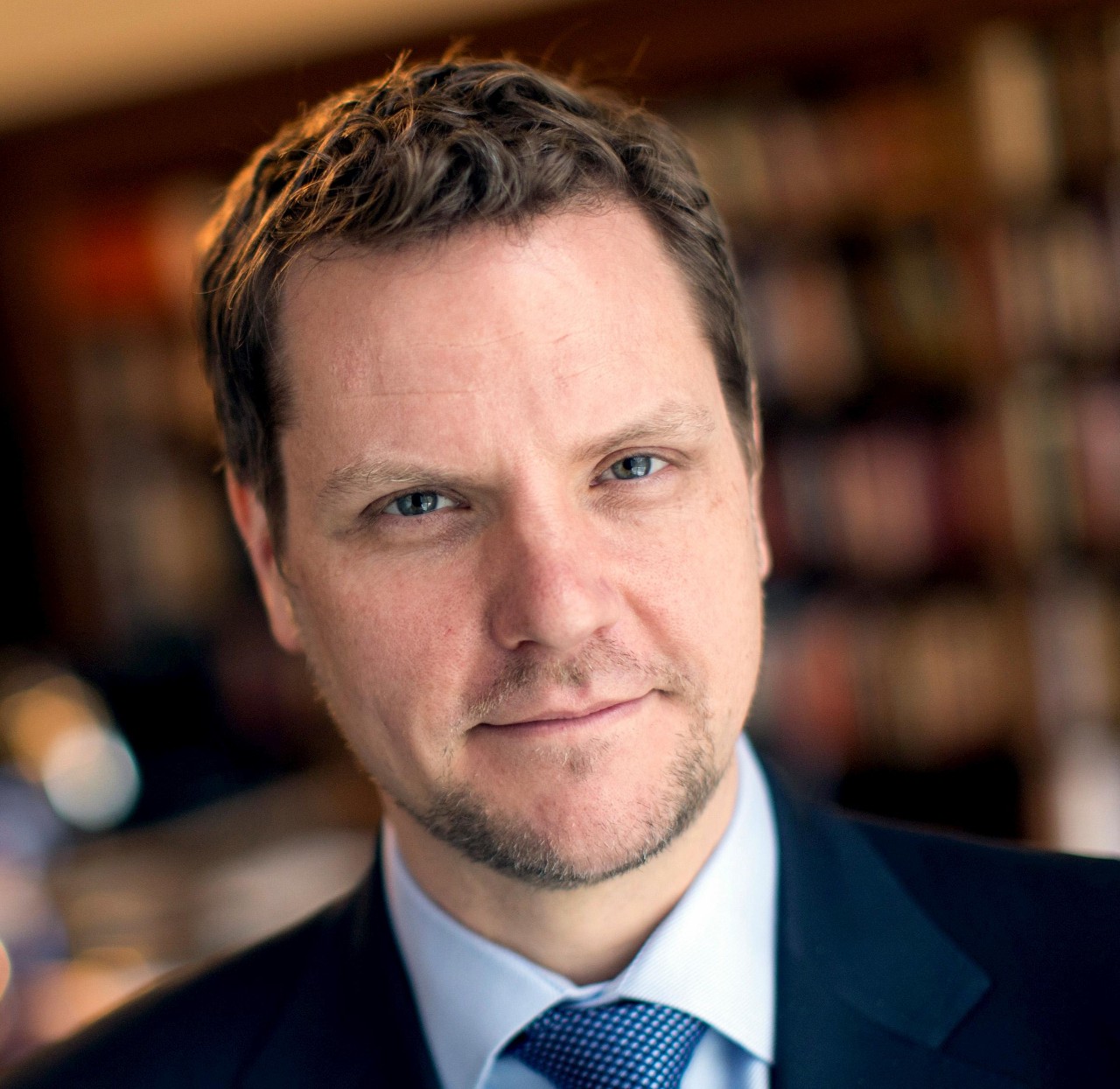 The seventh director of the Folger Shakespeare Library in Washington, DC, Witmore was formerly an English professor at the University of Wisconsin-Madison, and prior to that, an associate professor Carnegie Mellon University. He has held the Andrew Mellon Postdoctoral Fellowship at the University of California, Los Angeles, a research fellowship and a curatorial residency fellowship at the Folger, and a pre-doctoral fellowship at Berlin’s Max-Plank-Institut für Wissenschaftsgeschichte. Among recent projects, Witmore launched the Working Group for Digital Inquiry at the University of Wisconsin-Madison, and organized the Pittsburgh Consortium for Medieval and Renaissance Studies. His publications include five books: Landscapes of the Passing Strange: Reflections from Shakespeare, with Rosamond Purcell (2010), Shakespearean Metaphysics (2009), Pretty Creatures: Children and Fiction in the Early Renaissance (2007), Childhood and Children's Books in Early Modern Europe, 1550-1800 (2006), and Culture of Accidents: Unexpected Knowledge in Early Modern England (2001). He is working on a study of early modern wisdom literature and a book on the nature of digital inquiry in the humanities. 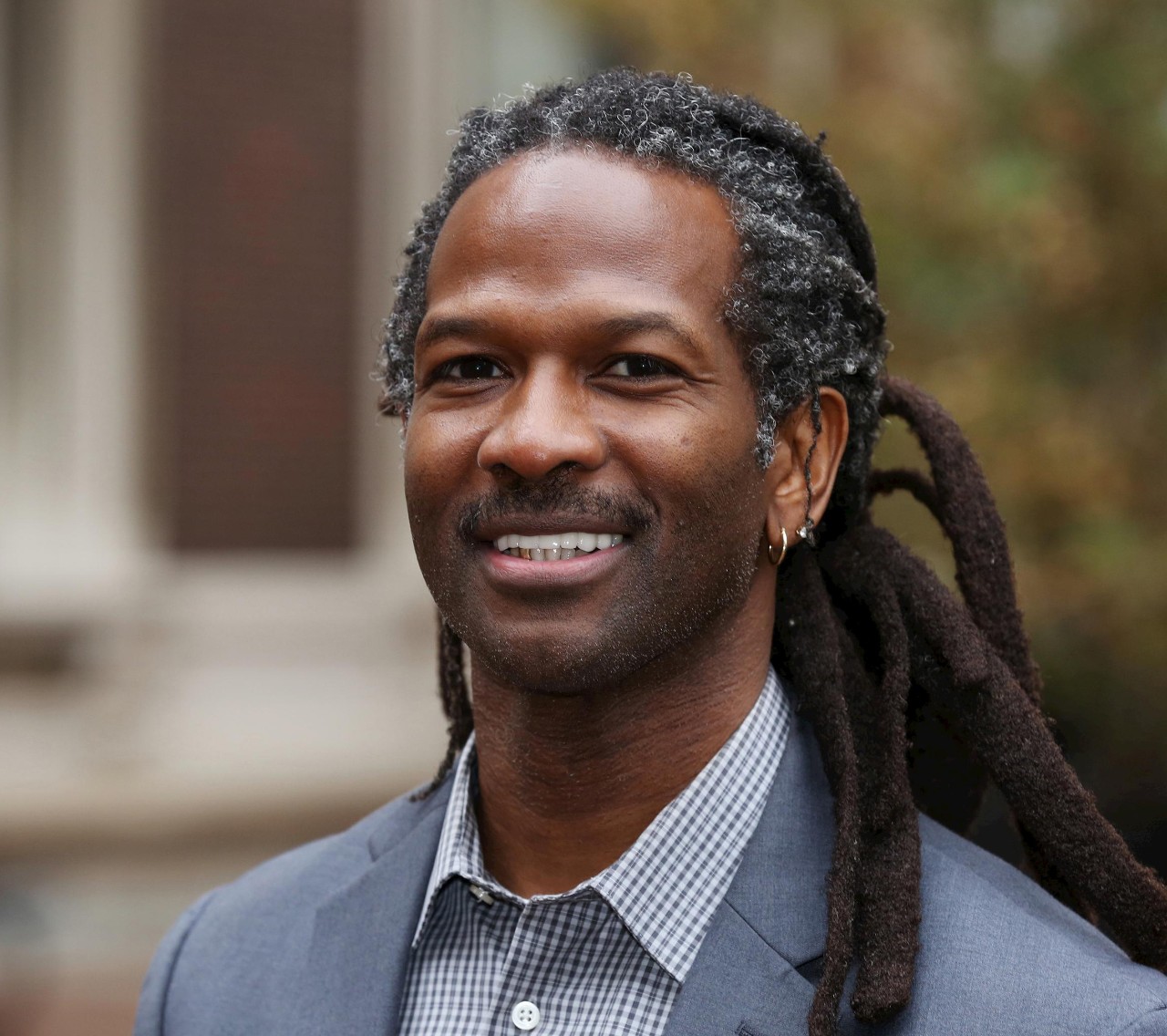 
The Ziff Professor of Psychology in the Columbia University departments of Psychology and Psychiatry, Hart has published dozens of scientific articles in the area of neuropsychopharmacology, and is co-author of the textbook Drugs, Society, and Human Behavior. His book, High Price: A Neuroscientist's Journey of Self-Discovery That Challenges Everything You Know about Drugs and Society, was the 2014 winner of the PEN/E. O. Wilson Literary Science Writing Award. Fast Company magazine named Hart one of their Most Creative People of 2014. His appearance is cosponsored by the Park Street Corporation Speaker Series. 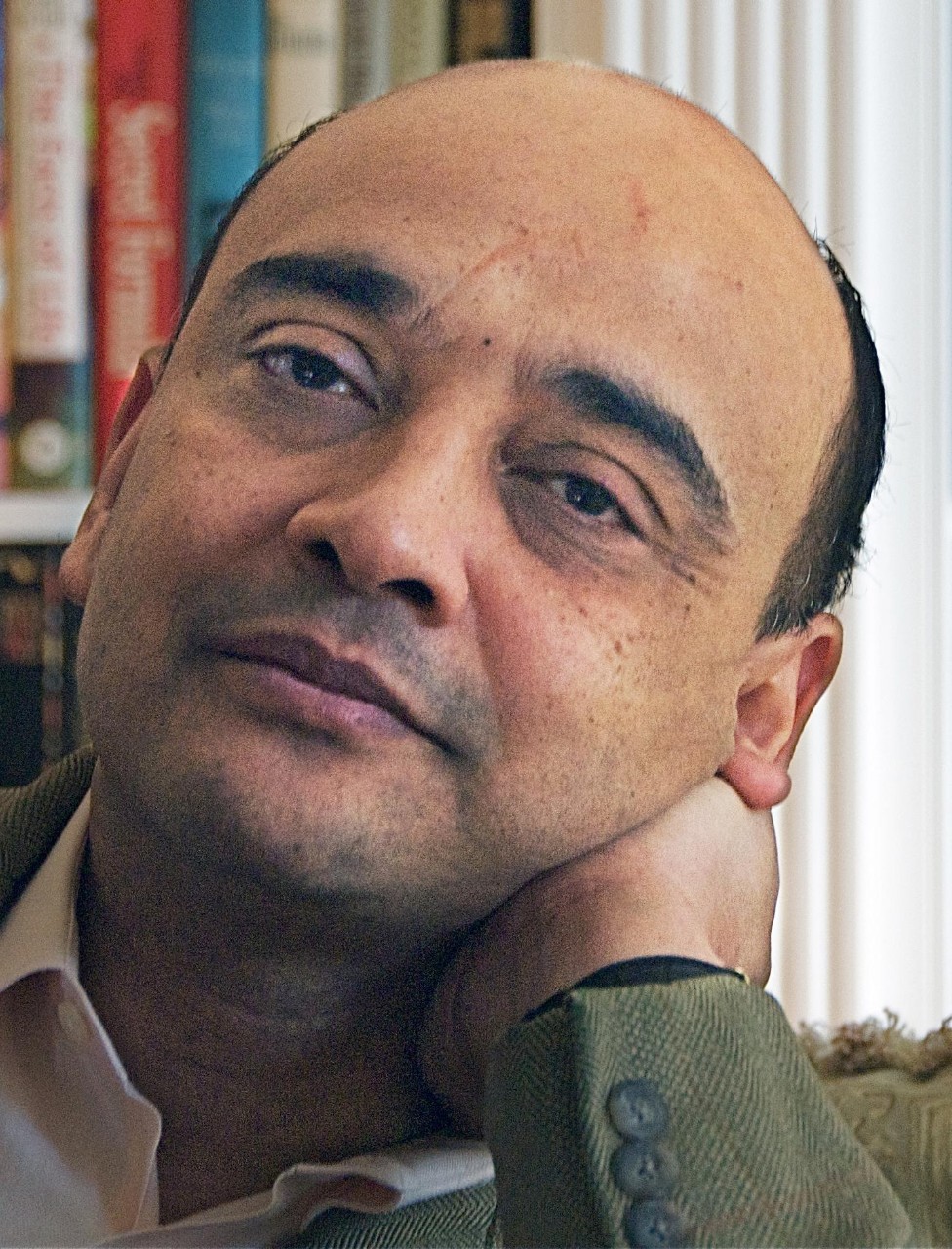 A British-born Ghanaian-American philosopher, cultural theorist, and novelist, Appiah’s interests include political and moral theory, the philosophy of language and mind, and African intellectual history. He most recently wrote The Lies That Bind, based on his 2016 BBC Reith Lectures on "Mistaken Identities." He is working on a book for Yale University Press, tentatively titled On the Very Idea of Religion is based on his 2016 Terry lectures at Yale. He also has taught at Cornell, Duke, and Harvard, and lectured at universities worldwide. A professor of philosophy and law at New York University, he teaches both in New York and Abu Dhabi. His lecture is cosponsored by the Clough Center for the Study of Constitutional Democracy, the Global Citizenships Project, and the International Studies Program.

BC's Smith encourages faculty "to contact us to suggest possible future speakers, to incorporate relevant Lowell events onto their syllabi, and to urge students to attend.”

For more details on the series and speakers visit the Lowell Humanities Series website. Events are free and open to the public. The series is sponsored by the Lowell Institute, BC's Institute for the Liberal Arts, and the Office of the Provost and Dean of Faculties.