David G. Hunter is an internationally renowned scholar in early Christian studies with a particular interest in ethical issues

David G. Hunter, an internationally renowned scholar in early Christian studies with a particular interest in ethical issues, has been appointed as the Margaret O’Brien Flatley Professor of Catholic Theology. 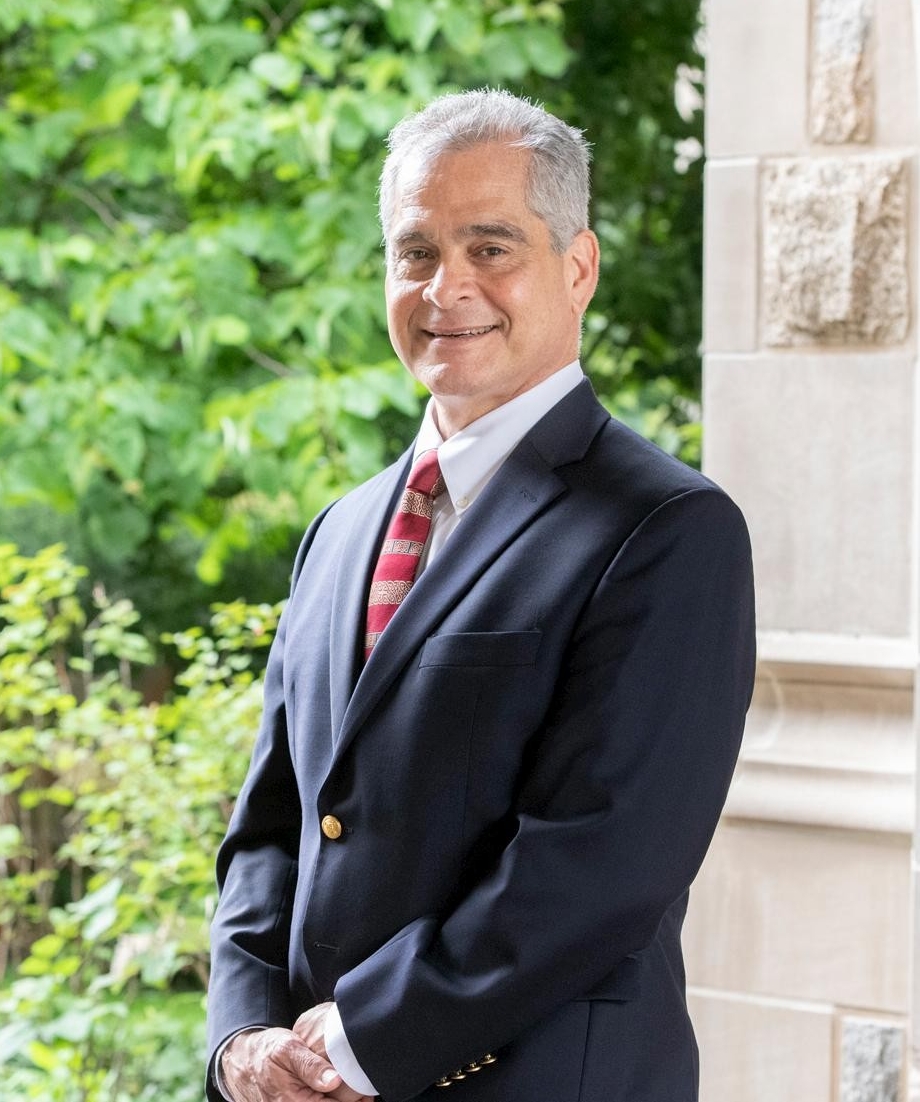 The former Cottrill-Rolfes Professor of Catholic Studies at the University of Kentucky, Hunter succeeds Roberto S. Goizueta, who retired in 2018. The Flatley Chair was established in 1990 through a $2 million endowment by commercial real estate developer Thomas J. Flatley, who was a benefactor to Boston College and served as a trustee.

Hunter’s primary research area is in patristic theology and literature, and he has written extensively on ethical issues pertaining to marriage, family, sexuality, and celibacy. Last year, he published Marriage and Sexuality in Early Christianity, a revised and expanded edition of his 1992 book Marriage in the Early Church. Co-editor of The Oxford Handbook of Early Christian Studies, Hunter is the author of Marriage, Celibacy, and Heresy in Ancient Christianity. His current projects, such as studies on the origins of priestly celibacy and sexual continence in the early Church and the question of divorce and remarriage in early Christianity, offer perspectives on crucial contemporary issues in the Catholic Church.

“Professor Hunter brings to Boston College impressive academic credentials and a deep knowledge of Catholic history and life,” said Morrissey College of Arts and Sciences Dean Gregory Kalscheur, S.J. “He will contribute to the distinctive mission of the University through his significant scholarship in foundational aspects of the Catholic intellectual tradition regarding issues that are highly relevant to the contemporary Church.

“His experience has been that approaching Christian thought and practice from a historical perspective enables students to grasp something of the inner logic of the tradition: They come to understand why Christians believe and do the things that they do.”

“Boston College is a wonderful, prestigious institution, and its Theology Department is at the top of Catholic theology departments around the world,” said Hunter, who also has taught at the University of St. Thomas in Minnesota and Iowa State University—as the Monsignor James A. Supple Professor of Catholic Studies—before going to Kentucky in 2007, where he held a joint appointment in the departments of History and Modern and Classical Languages, Literatures, and Cultures. “My primary motivation for accepting the Flatley Professorship was to return to a Catholic institution to teach Catholic theology, but it’s also linked to a desire to contribute to the contemporary Catholic Church—a desire I believe is shared by the BC theology faculty.”

His academic experience, as student and professor, has given him a clear perspective on the role of historical research in Catholic theology, said Hunter.

“Theology attempts to make Christian tradition and beliefs credible. A theologian—whether a church historian, a Biblical scholar, or a systematician—brings forth the resources to sustain that theological mission. At this point in time, the Catholic Church is facing a crisis of confidence, of authority, and of belief, and so it is important for theologians to look into the past and to explore how crucial issues in the Church were addressed, and the impact this had, short and long term. What lessons can we learn?”

For example, current discussions on mandatory celibacy for priests center on whether the practice originated in Church law during medieval times, or goes back to the original apostles. Neither view is exactly right, Hunter said: Married men were no longer ordained in the medieval era, but there is a much earlier tradition—from the fourth century on in the western Church—of sexual abstinence among married men.

“What’s not certain is why this abstinence appeared when it did: Was it a resurgence of ancient purity regulations? The popularity of the monastic movement?” he said. “The point here is that it is a tradition that emerged for certain historical reasons. If those reasons are no longer valid, is that an argument for change?”

Hunter has used the writings of foundational early Christian theologian St. Augustine—a frequent source for his scholarly work—to examine other areas of controversy, such as clerical misconduct. While there is some evidence of sexual misconduct in the clergy in the fourth and fifth centuries, financial-related transgressions were more commonplace—larceny, for instance, or misappropriation of funds. But Augustine provides insights into how “a bishop would mete out discipline, what the process was for the offending cleric to regain trust, and so on.”

Augustine’s views on another hot-button issue, divorce and remarriage, are not as sharply defined as thought, said Hunter: However much he articulated “the notion of permanence, of the sacrament of marriage,” he was uncertain about the Biblical evidence for it, and it was evident the practice was diverse in the tradition, with more flexibility.

“What you discover is that early Church history can make things more complex, and reveal a diversity of thought and practice. History is an inoculation against ideology; it is neither ‘conservative’ nor ‘liberal’ to explore Christian tradition and try to understand the reasons for its development. The Catholic faith tradition is fundamentally historical, which means that it is not, and never has been, static. It evolved over time in response to compelling issues or events.