Above photo by Lee Pellegrini

But what exactly does it mean to place the word “Catholic” before such terms as school, education, or teacher?

In his new book What Makes Education Catholic: Spiritual Foundations (Orbis Books, 2021), internationally renowned religious education expert Thomas Groome explores the history of Catholic education from its spiritual roots to present day, in order to define what Catholic education is and provide a reflective resource for today’s Catholic school educators. 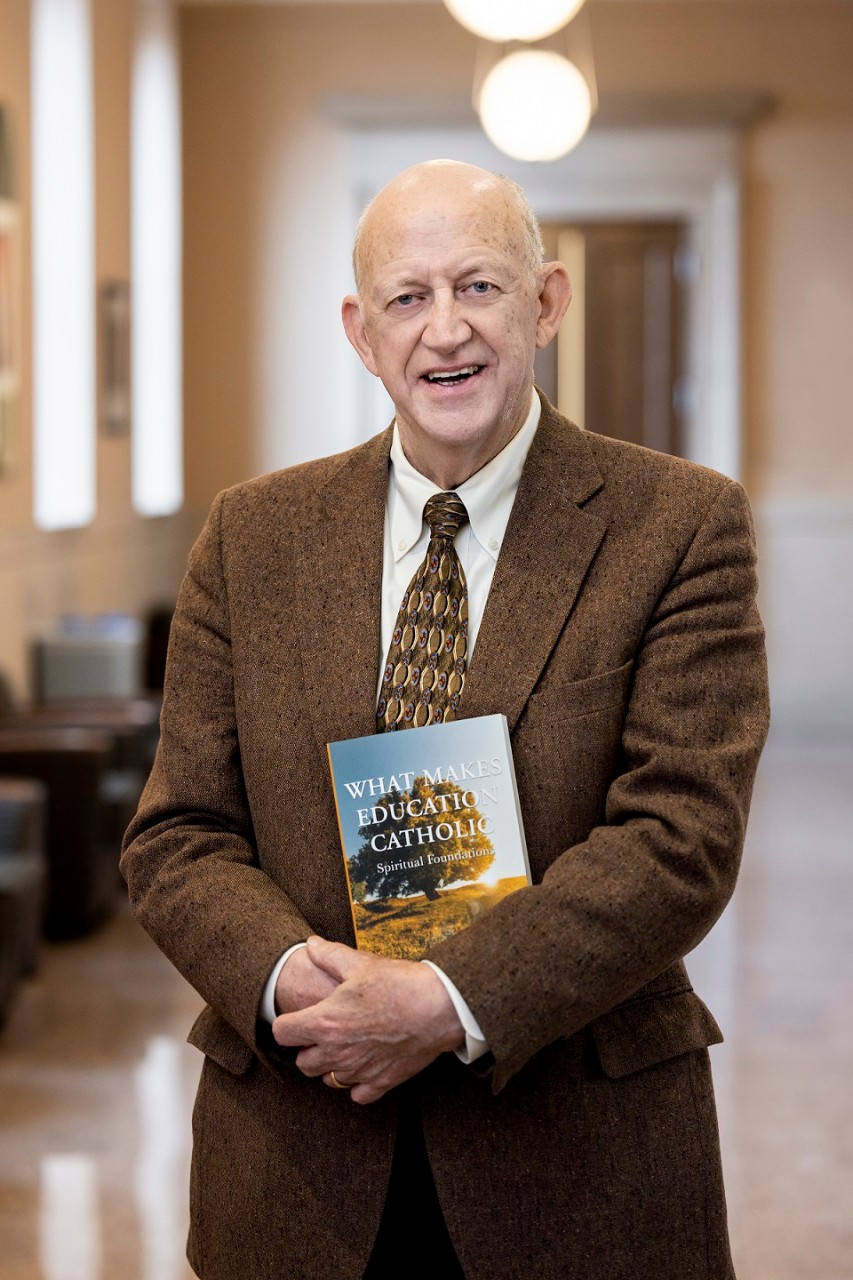 “I’ve been thinking about this book for about 40 years,” said Groome, a professor of theology and religious education in the Boston College School of Theology and Ministry and founding director of the Ph.D. program in theology and education. In a recent interview, he recalled an experience he had decades ago in Pakistan where he witnessed what he calls an excellent example of Catholic education. Unlike the Catholic schools he was familiar with in his native Ireland or in the United States, the Pakistani school was staffed predominately by Muslim teachers and the students were also Muslim. Groome has seen a similar phenomenon during visits to Korea and Hong Kong—Catholic schools delivering a Catholic education even though the educators and student body were primarily not Catholic.

He said that the curriculum of a Catholic school should give students an academically rigorous, competent, and capable education that prepares them to make a living, but also prepares them to have a life grounded in some kind of faith perspective as they engage in the world.

He added that it doesn’t mean imposing Catholicism on students, but rather inviting students “to consider a spiritual grounding for their lives in the world that might make their lives a little more meaningful, worthwhile, purposeful, ethical, and might sustain them in the tough times.”

In the face of the declining presence of the ordained and vowed religious in Catholic schools, the key to maintaining the Catholicity, said Groome, is forming and nurturing teachers and staff in the deep values that undergird Catholic education and Catholicism, such as mercy, compassion, justice, integrity, truth-telling, care for the poor, respect, and care for the neighbor and the common good.

A Catholic school also needs its top person to be a spiritual leader who can articulate the school’s faith-based vision, with support from a cadre of faculty and staff who know the charism and can serve as custodians of the institution’s Catholic identity, Groome said.

Groome would like to see 'What Makes Education Catholic' become a catalyst for a fresh conversation among Catholic educators around the world.

In What Makes Education Catholic, Groome offers brief overviews of some of the important voices in the Catholic intellectual tradition and Catholicism with whom he feels Catholic educators should be familiar, such as Augustine, Thomas Aquinas, Julian of Norwich, Ignatius of Loyola, Angela Merici, and Mary Ward. He shows how these foremothers and fathers of Catholic education can ground and shape the spirituality of Catholic educators in today’s postmodern world. These foundations ensure that Catholic schools deliver the education they promise to students—not only to Catholics but to those of many religious traditions. There are prompts throughout the text that encourage readers to engage in reflection and dialogue.

Catholic education is best realized in practice, added Groome. It is seen in “how teachers go about teaching and principals go about administering schools: the environment, the atmosphere, and values the school reflects in its own way of being.”

Groome has been teaching at Boston College since 1976. He is an award-winning author whose other publications include Educating for Life, What Makes Us Catholic, Will There Be Faith?, Faith for the Heart, and a widely-used textbook series.

“There is great purpose in Catholic schools; they are the Catholic Church’s contribution to the common good,” Groome concluded, “and they have never been more needed.”