Answering Pope Francis's call, a Boston College Church in the 21st Century Center project is collecting young people’s thoughts about their faith and the future of the Catholic Church

The Student Voices Project, an initiative of Boston College’s Church in the 21st Century Center, is collecting young people’s ideas, hopes, and opinions about their faith and the future of the Catholic Church, and will share the information with Pope Francis and other church leaders.

In the preparation for the 2023 Synod on Synodality, Pope Francis has called for Catholics around the world to share their ideas to help shape the future Church.

C21’s Student Voices Project is supporting Pope Francis’ call by offering a simple way for high school, college, and graduate students throughout the United States and beyond to share their opinions. Young people are invited to fill out an anonymous online survey designed by the Student Voices Project/For a Synodal Church. There also is an opportunity for young people to engage more deeply through participation in Zoom focus groups. Their experiences and ideas will be collected and collated into a report that will be sent to the Vatican this summer. 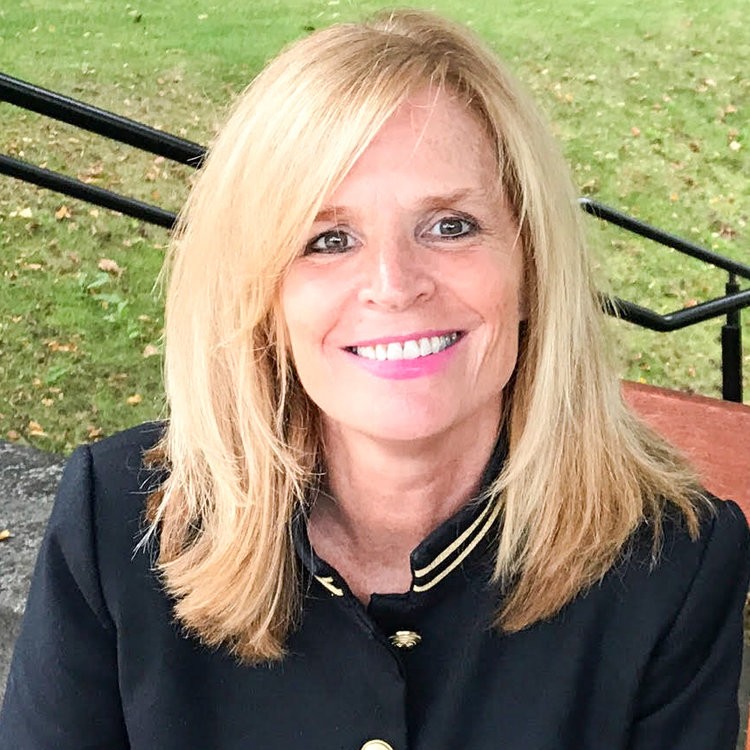 The outreach began in March and responses will be collected through June 15. C21 will submit a report to the Vatican by the end of June, the deadline for this phase of the synod process. Thus far close to 600 students representing 26 colleges and high schools have participated—with the expectation that numbers will grow significantly in the coming weeks. A sampling of the participating schools includes the University of Notre Dame, Creighton University, Fordham University, University of Toronto, Cambridge Matignon High, Bishop Blanchet High School (Seattle), Duchesne Academy of the Sacred Heart (Houston), Saranac Lake High School (New York), and Helias Catholic High School (Jefferson City, Mo.).

Kiefer noted that this project is looking to enhance, not distract from, synod activities taking place at parishes throughout the country. “Young people might find it challenging to get to a 'listening session' in their parish, so we want to make certain their voices are heard.”

"When in the life of the church has a pope ever asked you directly for your opinion?" It's an extraordinary time,” reflected Kiefer.

Smaller parishes that don’t have the resources to do their own synodal process can also benefit from engaging in the Student Voices Project, she added. Not only will the Vatican receive a comprehensive report of all responses, but each individual school or parish participating in the survey can get a report summarizing, anonymously, the responses from their students or parishioners, which could be shared with bishops, pastors, and school superintendents.

The Church will benefit from learning why or why not young people are in the pews, said Kiefer. “I think that this project can enlighten and inform not only the schools, colleges, and parishes that participate—giving them a glimpse into the mind and heart of young people—but I also think looking at this data can really help the Church.”

This effort is “in support of the Church and Pope Francis's hope for this synod. It's as pure as that, and it's as powerful as that,” said Kiefer, who added that the C21 Center is working in partnership with the BC Alumni Association to use the Student Voices model to create a portal for BC alumni to participate in this synodal process as well.

“The whole mission of the Church in the 21st Century Center is to be a catalyst for the renewal of the Church,” said Kiefer. “So for us to be able to learn what thousands of young people are thinking about their faith journey and about the Catholic Church, what their hopes are, what their ideas are, will be so beneficial as we think about, ‘What are some more resources that we need to get out there?’” According to Kiefer, senior Dennis Wieboldt III, a theology and history major who serves on the C21 Advisory Committee, has taken a lead role in the Student Voices Project. He has been instrumental in the survey’s design and data collection and analysis.

“The big topic of conversation is always how do we revitalize our Church? We know we need to do a better job learning and understanding what young people want in the future Church," said Kiefer. “Boston College has a campus filled with young people, so we thought, ‘Why not start here?’”

C21 hoped to begin a conversation that would offer insights into the faith journeys of Boston College students and the aspects of BC that had an impact on their faith formation.

The project involved four different models of data collection, including online surveys, focus groups, and surveys via tabling during Espresso Your Faith Week and outside Gasson Hall. BC Athletics provided merchandise to help incentivize student participation. In all, more than 540 students shared information on their faith, their experience at Boston College, and how their faith has evolved during their college years.

One big takeaway, noted Kiefer, was how pivotal a student’s involvement in an academic theology program was during the first year. Kiefer and Wieboldt said if a first-year student takes Perspectives, PULSE, Cornerstone Seminars, Courage to Know, or a Theology or Philosophy core class, there’s a better chance for them to take a theology course down the road as an elective or to possibly major or minor in theology.

“We encountered students who came into BC with no interest in philosophy or theology. They took that first-year course, and then wound up either adding theology as a major or taking philosophy and theology classes out of pure interest,” said Wieboldt, who himself added a theology major after his freshman year.

“Those early classes have the potential to change the trajectory of students’ academic and faith journey at Boston College,” added Kiefer.

The survey and focus groups also revealed something that was holding students back from fuller participation in the Mass and in other faith programming: that they sometimes felt they didn’t understand what was going on and were intimidated.

“That is why programs like Agape Latte and retreats are so important. Students feel invited to those things because they don't feel like there is a high level of catechetical knowledge required to really participate,” said Wieboldt.

Another finding was that students are interested in building community around the Mass. “Students are saying that inviting a friend to Mass can be very awkward, but if they invited a friend to something that surrounded a Mass, it was a little less awkward,” said Kiefer, citing for example an ice cream social after Mass. “’And it was an invitation that they felt like they could make that was gentle and, at the same time, invited them into something.”

‘What I found most interesting was that BC's distinctive academic programs and the way that the university integrated faith into really all aspects of the experience helps students feel more comfortable as they progress through BC,” said Wieboldt.

“We're all about student formation and helping students see God working in their lives,” said Kiefer. “That's the mission of our Jesuit Catholic university. So we have to always be attentive to learning and finding new ways to meet the students where they're at and to help them find God.”

To learn more about or to participate in C21’s Student Voices Project: For a Synodal Church, visit the C21 website.