Lynch School of Education and Human Development Research Professor Philip Altbach has received the Institute of International Education's Centennial Medal, which celebrates the achievements and leadership of individuals and organizations that have made outstanding contributions to international education. 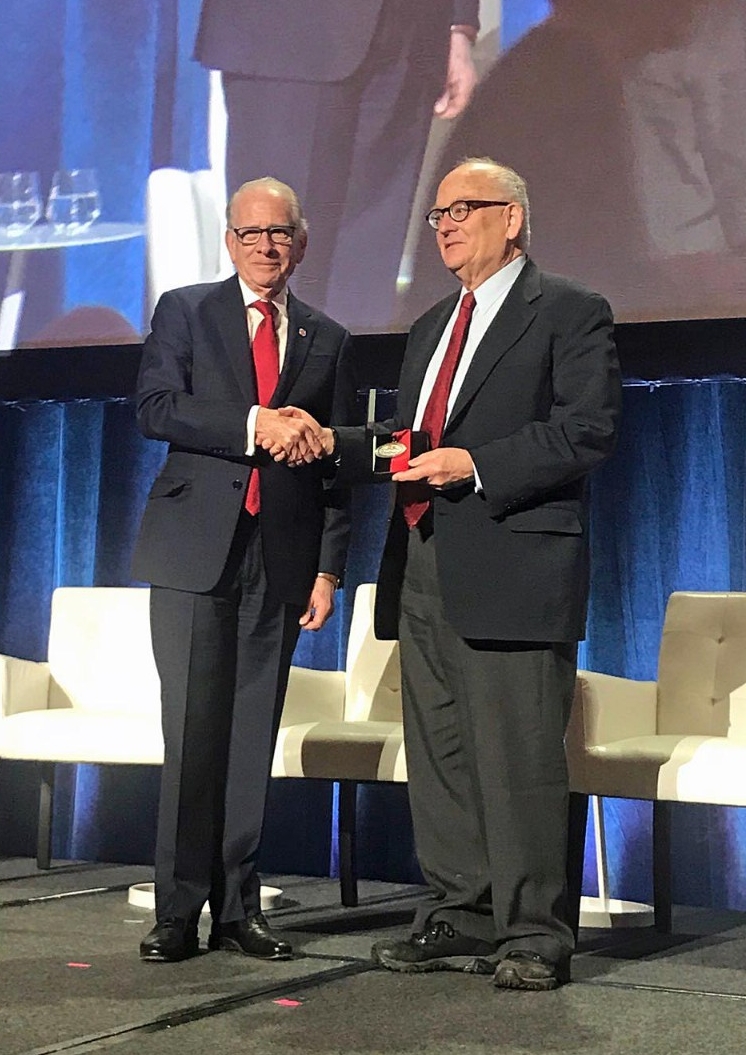 Honored for his leadership and guidance in enabling the IIE to maintain its standard of excellence, Altbach is the founding director of the Lynch School's Center for International Higher Education and a former J. Donald Monan, S.J., University Professor at Boston College.

Allan E. Goodman presented Altbach with the Centennial Medal at the organization's 2019 summit held in February in New York.

The Institute of International Education is the leading not-for-profit organization in the field of international educational exchange and development training. IIE collaborates with a range of corporate, government, and foundation partners across the globe to design and manage scholarship, study abroad, workforce training, and leadership development programs; conducts research on international academic mobility; and administers the Fulbright program sponsored by the United States Department of State.

Since its founding in 1919, the Institute has also rescued scholars threatened by war, terrorism, and repression. Rescued scholars and other alumni of Institute-administered programs, as well as IIE trustees and advisors, have won 78 Nobel Prizes.