Making a space for other voices

Latifat Odetunde ’22 recalls being moved to tears when attending the Martin Luther King Jr. Scholarship banquet during her first year at Boston College. As a high school student in Providence, she was very involved in activism and wanted to continue to seek and advocate for change during her time on the Heights.

“I was just in awe seeing the scholarship finalists and all that they were able to accomplish their junior year,” said Odetunde, a major in sociology and African and African Diaspora Studies. “I remember being so inspired watching everybody speak so authentically, and I just knew that I wanted to be there. I wanted to be someone who could make an impact in that way.” 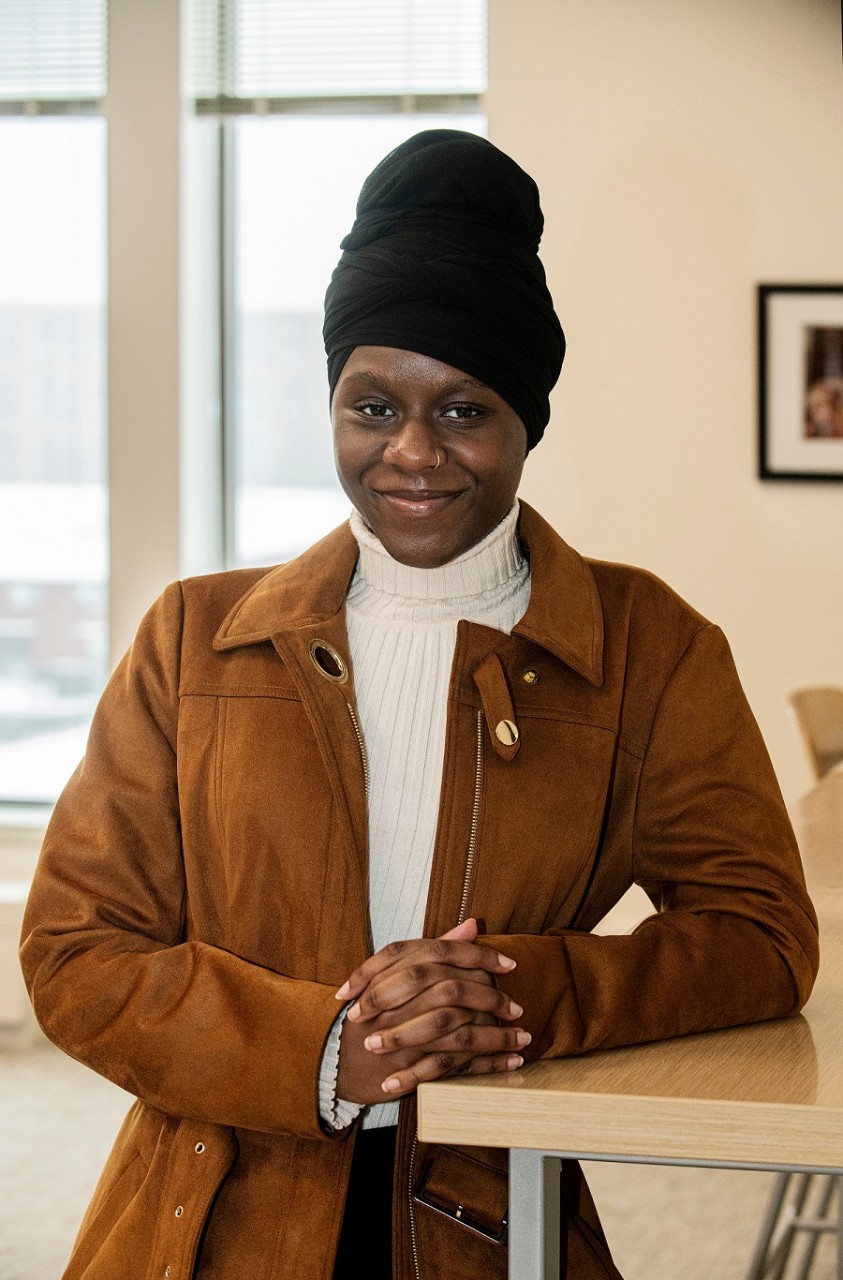 Now, Odetunde, the newly named 2021 MLK Scholarship winner, has achieved this milestone. But she admits that her passion to be a change-maker caused her to become over-involved and over-extend herself during her sophomore year at BC, putting her mental health at risk. She points to the Black Women Matter retreat, sponsored by the Women’s Center, as a pivotal time where she came to recognize the struggles that she was facing and made a plan to prioritize care for herself.

After recognizing the depression she was experiencing, Odetunde cut back on the number of organizations in which she was involved and took the time necessary to pause and reflect, something that Odetunde appreciates is central to the Jesuit ideals of the University.

“I think I really had to just take a step back and ask ‘Who am I? And what do I want to give the world?’” said Odetunde. “When Martin Luther King speaks about love and using that to form community, we must not forget about first loving our own selves, because how can we do this work of change without first filling our own cups? This was something I learned at BC.”

Another impactful experience during her time at BC was taking—and eventually teaching as a Junior Teaching Fellow—the course When #BlackLivesMatter Meets #MeToo, taught by Associate Professor of Romance Languages and Literatures Regine Jean-Charles and Associate Professor of Sociology C. Shawn McGuffey. Odetunde said the class “changed my life” and brought her into contact with two pivotal mentors.

“She is a woman of principle and conviction,” said Jean-Charles of Odetunde. “She is committed to not only speaking truth but living it. Her acute awareness of injustice inspires her to create change.”

Odetunde is working to create change by making a space for Black, Muslim voices through her digital platform, Black Muslim TV, accessible on Instagram @blackmuslimtv. As founder, producer, and director, Odentude works both behind the scenes and in front of the camera discussing important topics with fellow Black Muslims. She did not allow the pandemic to derail her idea for this channel, but used the time to develop and plan the content for the platform, which she launched on October 1.

Working on Black Muslim TV and participating in the Community Research Program through the Thea Bowman AHANA and Intercultural Center prompted Odetunde to research identity development of Black, African, Muslim women, something that she plans to continue pursuing after graduation with the goal of becoming a college professor. She will bring her passion for and knowledge on these topics to the BC community on March 1 when she serves as moderator for a panel discussion, sponsored by the McMullen Museum of Art, with scholars on the topic of “Exploring the Intersections between Blackness and Islam.”

“Winning the scholarship made me reflect on how far I’ve come,” said Odetunde. “My freshman year, I clung so hard to the identity of what it meant to be an activist and who I thought that I had to be to fit this certain mold to win the scholarship. But it’s affirming to know that after going through all of these changes, that the authentic version of myself that I am today—the evolved Latifat, who is herself, but is also an activist—is the one who won.”