'Toward the Morning Sun'

Collection of Navajo textiles donated by Boston College Professor Rebecca Valette and her husband, Jean-Paul, now on view at The Heard Museum

A vibrant exhibition of Navajo weavings from the collection of Rebecca Valette, Boston College professor emeritus of romance languages, and her husband, Jean-Paul, is now on view at The Heard Museum in Phoenix, Arizona, a venue dedicated to the advancement of Native American art.

The exhibition, titled Toward the Morning Sun: Navajo Pictorial Textiles from the Jean-Paul and Rebecca Valette Collection and co-curated by The Heard’s Andrew Mellon Fellows, is drawn from a gift to the museum by the Valettes of their acclaimed collection, which includes textiles primarily woven during the first three decades of the 20th century. The pair spent nearly 40 years collecting and researching the origins and history of these textiles, in many cases developing valuable biographical information about the weavers. 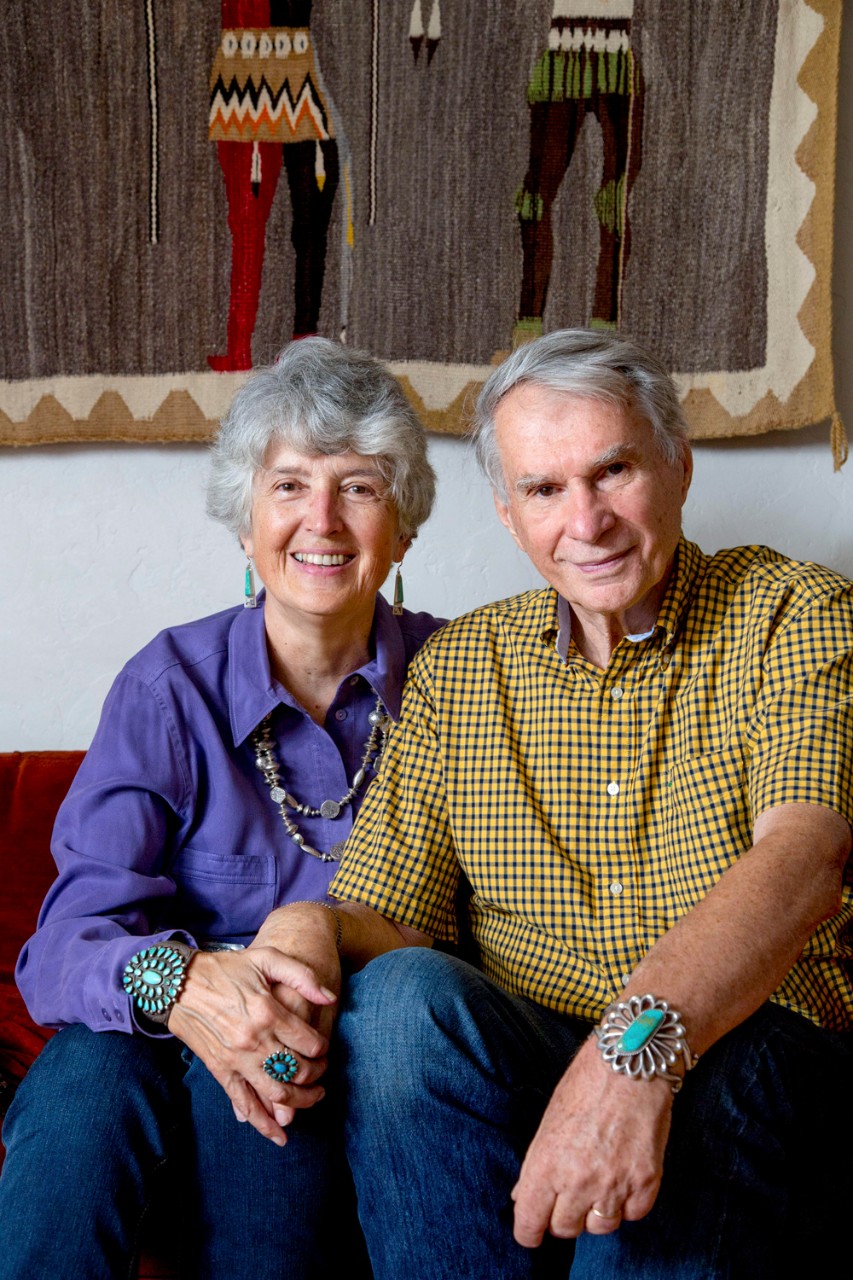 The Valettes' research in this area accompanied their long careers in language testing, acquisition, and instruction. Rebecca Valette, who joined the Boston College faculty in 1965 as professor of French and director of its language laboratory, has lectured around the world, and she and her husband are the authors of more than 20 widely-used French and Spanish college and secondary school textbooks.

Their research interest in Navajo weavings was piqued in the 1970s by the discovery in a Massachusetts antique shop of an unusual vintage blanket featuring a masked dancer. Curious about their new acquisition, they began consulting books on Navajo culture. Though they were able to identify the figure in the weaving, they also learned that there was almost no literature about these early weavings with ceremonial imagery.

The pair published their findings in a series of magazine articles, and, ultimately, in the comprehensive volume Navajo Weavings with Ceremonial Themes: A Historical Overview of a Secular Art Form (Schiffer Books, 2017). Featuring more than 500 photos and maps, the book was the first research-based history of Navajo weavings with imagery inspired by tribal sacred practices—including Yei, Yeibichai, and sandpainting textiles, which, though they were the least studied by scholars, were the most sought after by collectors, according to the publisher. They were created by Navajo women at the instigation of Anglo traders, the publishers note, for sale to wealthy collectors willing to pay premium prices for their perceived spiritual symbolism. The book describes the historical and artistic development of the genre from its controversial emergence around 1900 to the 1920-1940 period of intense creativity, and concluding with the contemporary search for innovative patterns. 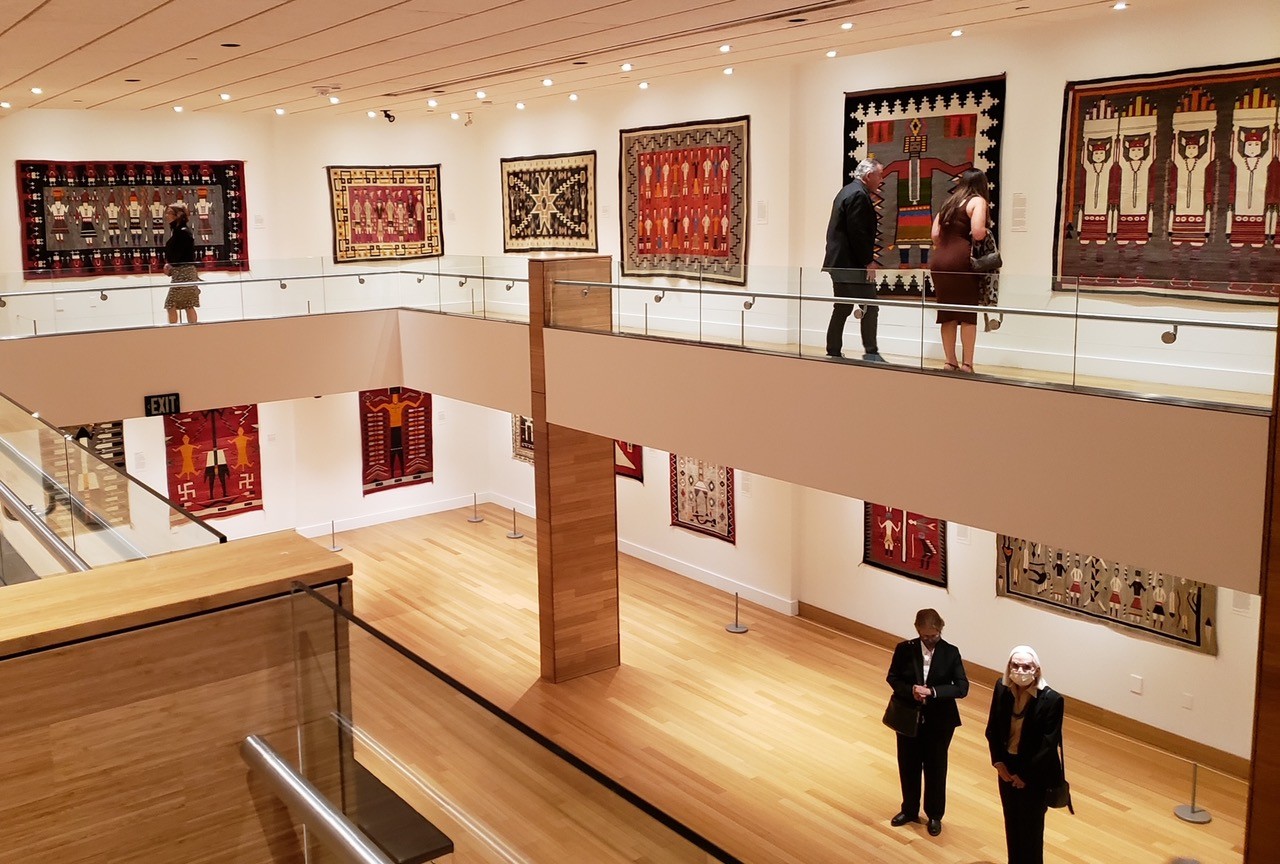 As they conducted their research, the Valettes also gradually built a unique collection of rare examples of weavings with similar designs. In 2000, the Museum of Our National Heritage in Lexington, Massachusetts, invited them to curate a large exhibit featuring 40 of their most representative textiles. It was titled Weaving the Dance; several smaller exhibitions followed.

Rather than disperse their collection, in 2019 they decided to donate it to a museum where the weavings could be studied by researchers and also enjoyed by the public, Rebecca Valette said. They selected The Heard Museum because "we knew that at The Heard they would also be accessible to contemporary Navajo weavers who could easily travel to Phoenix to study and appreciate the beautiful ceremonial designs created by their ancestors over a century ago."

Founded in 1929, The Heard Museum—internationally noted for the quality of its collections, world-class exhibitions, educational programming, and festivals—sets the standard in collaborating with American Indian artists and tribal communities to provide visitors with a distinctive perspective about the art of Native people, especially those from the Southwest.

The exhibition will be on view through February 13, 2022. For more information, visit The Heard Museum website.