Walter M. Haney, a retired professor in the Lynch School of Education and Human Development’s Measurement, Evaluation, Statistics, & Assessment department, and a senior research associate at the Center for the Study of Testing, Evaluation, and Educational Policy, died on August 31 at age 76.

A pioneer in the use of children’s drawings as a gauge of their attitudes toward teachers and learning, Dr. Haney served the Lynch School for over 30 years, initially as an adjunct professor in 1980, then joining the faculty in 1983; he was named a full professor in 1993, and retired from BC in 2011.

In 2000, Dr. Haney, along with a leading think tank, were cited as the chief debunkers of the “Texas Miracle in Education,” an erroneous claim by the then-Texas Gov. George W. Bush that the test-score gap between white and minority students on the state's standardized tests had dramatically narrowed during his tenure. Dr. Haney’s research, titled “The Myth of the Texas Miracle,” revealed the systemic suppression of students of color to increase test scores. 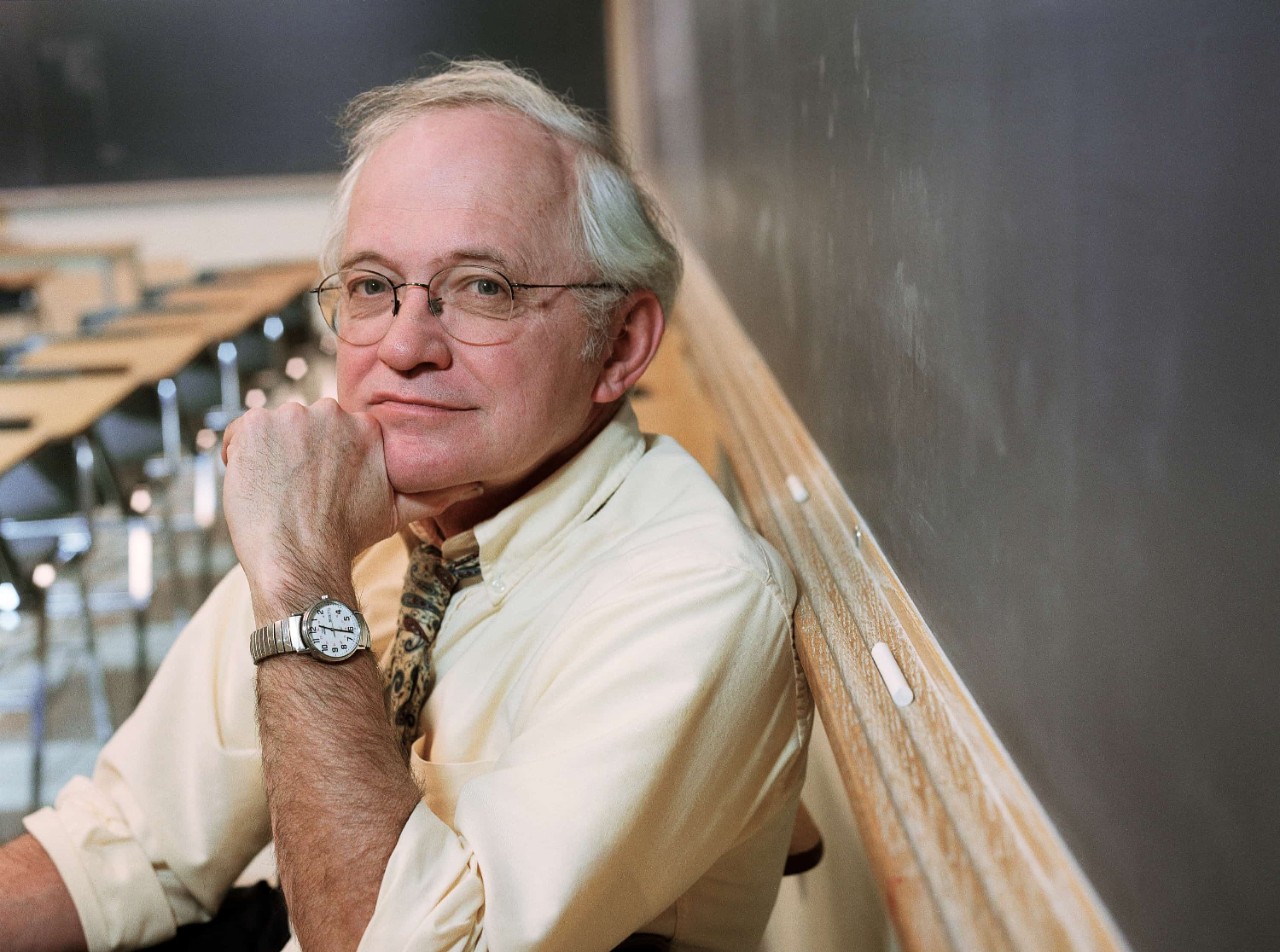 Dr. Haney told the Washington Post, “What is happening in Texas seems to me to be not just an illusion, but from an educational point of view, an outright fraud.”  His closing sentence in the study’s summary stated: “The Texas `miracle’ is more hat than cattle.”

Dr. Haney was born in Texas and raised in Michigan but lived most of his adult life in Jamaica Plain and Westminster, and most recently, in Orleans, Massachusetts.  He earned a B.Sc. degree in biochemistry from Michigan State University (1968), and an Ed.D. from the Harvard Graduate School of Education.

Following a stint with International Voluntary Services, Inc., a U.S.-based, private, nonprofit organization that placed American volunteers in Third World countries’ development projects, Dr. Haney served as a civil servant for the Royal Lao government, the ruling authority in the Kingdom of Laos from 1947 until the communist seizure of power in December 1975. During his free time, he photographed and interviewed many Laotian civilians who had survived the secret and illegal Vietnam-era American bombing of their country between 1964 and 1973. He wrote about these atrocities in his own pamphlet, "They Survived," and contributed both to congressional investigations and to the work of a nonprofit, Legacies of War, to deliver justice for these brutalities. He returned to Laos in 1975 to help friends and colleagues escape prior to the communist takeover.

It was the drawings of the U.S. bombings by Laotian refugees that inspired Dr. Haney to utilize illustrations in education evaluation.

Dr. Haney served as a board trustee at Westminster’s Forbush Memorial Library from 2003 until 2019.  As board chair for three years, he supervised the expenditure of a bequest directed to undertake significant landscape improvements. A remembrance on the library’s website noted that Dr. Haney was “committed to the conservation of the fine arts collection and to diversified public programming,” and “his insightful suggestions, wit and sense of humor will be missed by all who worked with him.”

“Walt was the epitome of the Vietnam War era activist who maintained his principles of social justice and his distrust of government agency objectives, self-serving reports, and self-appointed spokespersons, throughout his professional life’s work,” said Larry Ludlow, a Lynch School professor and a former MESA department chair. “His well-known, oft-cited, and highly regarded “Myth of the Texas Miracle,” is a classic in advocacy research that puts the lie to the misunderstood adage `numbers don’t lie.’

“His passion for basic human dignity and equality are evidenced in his long-record of distinguished research conducted personally and supervised as a dissertation director; the extensive congressional testimony he offered on numerous occasions; the novel research methodology he pioneered in using student drawings to reveal their educational experiences, and perhaps most important in the long-run, the purposes and goals of education he advocated in the classroom to three decades of educational researchers and policy-makers committed to ensuring our nation’s students receive the highest quality education our system can deliver.

“One of my favorite remembrances of Walt is him striding to BC graduation ceremonies with his robe open and billowing, wearing a beat-up western-style straw hat that looked like a horse had chewed and then stomped on it, while smiling a crooked grin that you couldn’t help but laugh at.”

“Walt was a wonderful colleague,” said Laura O’Dwyer, a MESA professor. “He was warm, charming and full of great stories and insights. He was a supportive mentor to me when I was a junior faculty member and was always a champion for my scholarship and career. With Walt's passing, we have lost a fierce advocate for fairness and equity in education and testing.”

“Walt was innovative and inspiring,” said Lynch School Professor Emerita Penny Hauser-Cram. “He was inquisitive in a way that led others to ask deeper questions especially in relation to the role of testing in schools. He will be missed.”

“Walt truly put his whole heart into his work on a wide range of research topics and methods all focused on fair treatment of students, educators, and people at risk, whether they were in Florida or Laos,” said Diana Pullin, former dean of the Lynch School and BC Law and Lynch professor emerita.  “He didn’t hesitate to take on the establishment, including high-ranking public officials and presidential candidates, as well as renowned social scientists. He was a tremendous support to many of my own research and advocacy projects over the decades. He once volunteered many days of his time to join me in federal court at the other end of the country to provide advice in a case I was litigating. I was somewhat jealous of him for the clever titles he used on his publications and for the catchy ways he could explain his research conclusions to a public audience.”

“It was a gift to have known Walt,” said Maria Estela Brisk, a Lynch School emeritus professor.  “He was always in a great mood, wearing his ubiquitous hat and a big smile. My students benefited from his research, especially finding out what’s in children’s minds through drawings.  Un placer de haber sido su colega.

“Throughout his life, Walt was animated by a profound sense of social justice,” said Henry Braun, the Lynch School’s Boisi Professor of Education and Public Policy and Education Research.  “That commitment found expression in multiple forms: In his volunteer work in Laos and his later contribution to documenting the devastation of the secret U.S. bombing, in his trenchant critiques of standardized testing, and in his longstanding efforts to hold states accountable for the lack of support for poor and minority children.”

“Walt was one of the most important people in my life,” said former student and post-graduate collaborator Damian Bebell, a current Lynch School assistant research professor and a senior research associate at the Center for the Study of Testing, Evaluation, and Educational Policy. “I am doubtful I would have ever done anything MESA-related without having met Walt.”

Dr. Haney was predeceased by his wife, Kristine, and he is survived by his daughter, Elizabeth Haney and her husband Michael Mirochnick. He was an avid gardener and home horticulturist—reviving many friends’ orchids over the years—and he supplied many acquaintances with Haney Honey from the hives he tended.