'Someone who leads by example'

University Controller Joyce King retires after 48 years at BC where she served in a key leadership position and as a mentor to many students, including three current University senior leaders

There was no obvious reason for University Controller Joyce King to end up working at Boston College. She wasn’t an alumna, nor was anyone in her family a graduate of BC, and her first experience with the Heights came while she was working and attending night school in her Connecticut hometown.

But she had friends who were undergraduates at BC, and every time she came up to visit them she found herself falling a little more in love with the campus, and the city of Boston.

After her friends had graduated, King realized she missed those visits. So she took a deep breath, moved to Boston, and looked for jobs at BC and other area colleges. And BC hired her.

Forty-eight years later, King is preparing to say good-bye to a university where she has played an integral role, not only as a senior administrator in a key leadership position but as a mentor to many students—including three who are now her administrative colleagues. King, who is retiring on Aug. 31, feels fortunate to have had a well-positioned perspective on an eventful five decades at BC, and to have been part of a community that values personal connections as well as professional acumen. 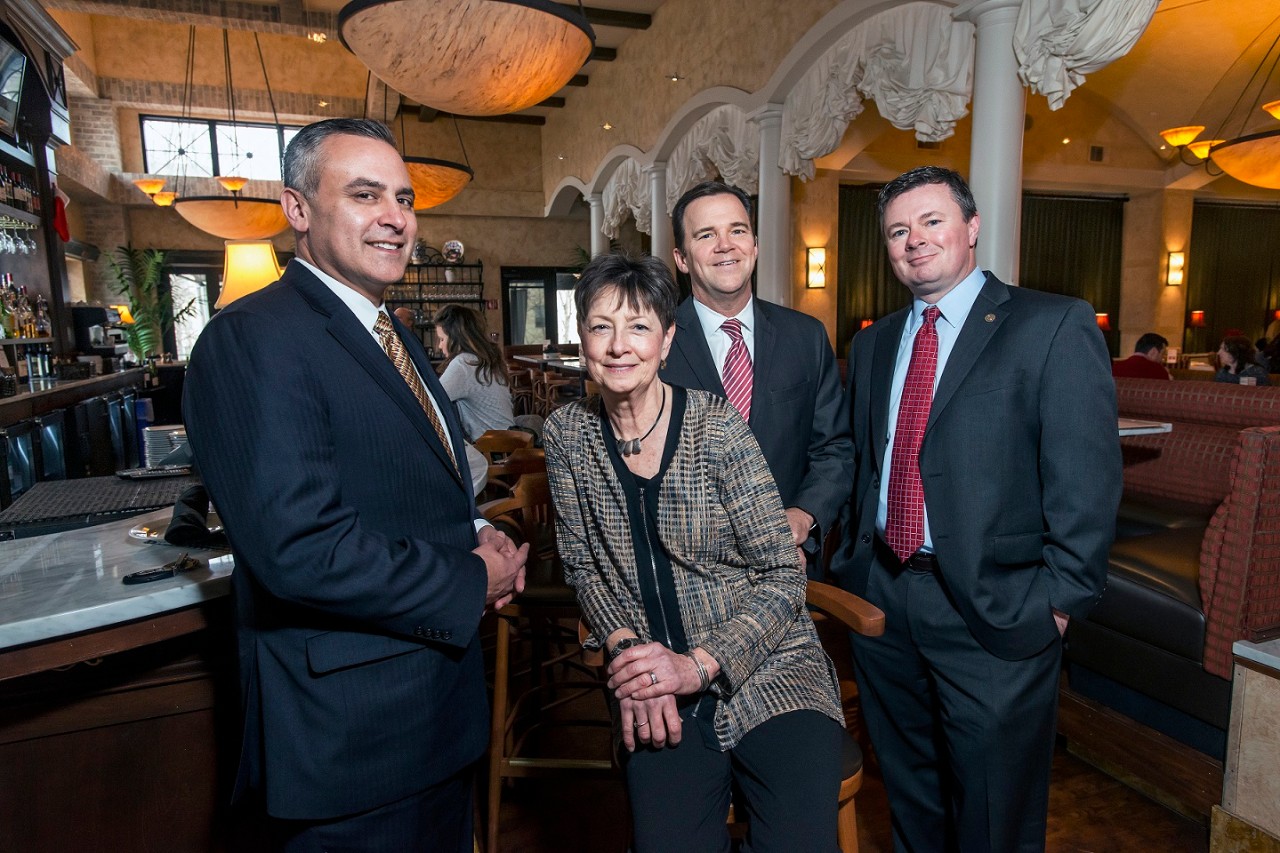 “The atmosphere here has just been wonderful: the people, the ideals and beliefs, and the students,” she said. “I’ve always thought of myself as a problem-solver, as someone who can be a resource—it’s just my nature. I feel very grateful that BC has given me the opportunity to be that kind of go-to person through the years.”

Executive Vice President Michael Lochhead found working under King as a student employee was ideal preparation for his first post-collegiate job, at Arthur Andersen. When he returned years later as a senior financial analyst in the Controller’s Office, and then again as EVP—by which time King had been appointed controller—Lochhead’s already considerable respect for her grew even more.

“Those same professional traits I recalled from my earlier days at BC were still very much apparent. As controller, the breadth of her job had increased as did her overall impact on the University. I have never worried about the integrity of the University’s accounting records and financial statements under Joyce’s leadership. Joyce is someone who leads by example, holds everyone to the highest standards, and is a wonderful representative of Boston College. I am personally grateful to have worked with her, and appreciate her significant contributions to Boston College over her long and successful career.”

King arrived at BC at the start of what would prove a transformational period in its history, as under the guidance of President J. Donald Monan, S.J., a financially strapped, largely male commuter college gradually emerged as a prosperous, coeducational institution with a national profile. Starting out in the Student Loans and Accounts division of the Controller’s Office, King was involved in an important component of that transition: computerizing what had long been a paper operation.

“That was quite a time,” said King, who took classes in what was then BC’s Evening College—she would go on to earn an accounting degree there in 1980—to help her work with computers. “Back then, all the University’s key financial offices were located in Gasson Hall, and there was a lot of activity in the building as BC started modernizing its financial practices. Student Loans and Accounts was the first to convert from paper to computer files. It was very enjoyable to put the puzzle together and I felt lucky to be in that position.”

King went on to become associate controller and then director of financial services and reporting, and was named controller in 2013. Along the way, she became acquainted with administrators widely respected for their contributions to BC’s development in crucial areas, including Louise Lonabocker (student services), Catherine “Kay” Briel (financial systems), and Bernard Gleason (information technology).

Another was John R. Smith, who served as financial vice president during the crucial period when BC endeavored to overcome its financial difficulties—and who deserves credit, along with Fr. Monan and Executive Vice President Francis B. Campanella, for “kickstarting the University” in the 1970s, according to King.

“John was quite the character,” King said of Smith, renowned for his innovation and energy. “He could be a little intimidating, but he was very bright. And he really changed the way BC, and colleges everywhere, do accounting.”

King found equally rewarding the relationships she forged among the student employees with whom she worked, including Lochhead and two other current administrators, Financial Vice President and Treasurer John Burke and Chief Investment Officer and Associate Treasurer John Zona.

“Our students are very talented, and many of them have gone on to do very well, like Mike, John, and John,” she said. “I think that’s one thing about BC which has not changed: It always gets good students. What I’ve tried to do is teach them the importance of work ethic—showing up when you’re supposed to, being diligent in what you do, and making the best use of your time.”

“Joyce was selfless in her approach to working with students,” recalled Zona in a 2016 interview with Chronicle. “She gave us her time and her energy. She was a role model for me in terms of her work ethic and her commitment to BC.”

"Joyce was always willing to share her vast knowledge of University finances," said Financial Vice President and Treasurer John Burke. "She has been an amazing teacher and mentor to many across the university, including me. The commitment and energy she brings as University Controller has not changed from the days when I worked with her as a work-study student. Joyce will be truly missed by all of us in the Boston College community."

King said she is looking forward to spending time at her house in New Hampshire, where she plans to move permanently in the coming months. “In the financial division, you would spend the summer working on financial statements, so you didn’t get much time off; you’d wait until winter,” she laughed. “That’s why I became a winter girl. So I will be very happy to live farther north, and to do lots of skiing.”

Of course, she added, there is always the possibility that somebody at BC may need a question or two answered. “If that happens, I’m a phone call away. I’m happy to help.”