Forum on Racial Justice will highlight BC initiatives on racism

BC Law School Dean Vincent Rougeau will serve as the forum’s inaugural director.

Boston College has announced several initiatives, including a Forum on Racial Justice in America and several faith-guided partnerships and programs, to address issues of race and racism in the United States. 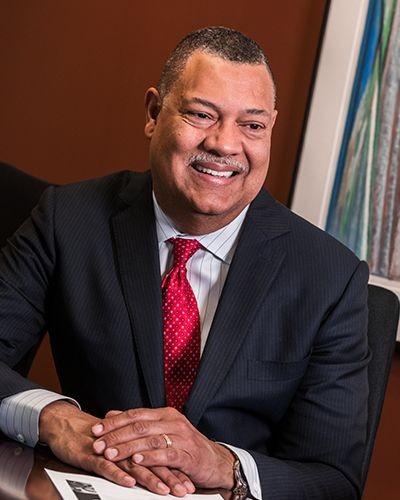 These initiatives, described in a letter earlier this summer to the BC community from University President William P. Leahy, S.J., and senior administrators, come in the wake of an ongoing national expression of anger, concern, and frustration about race-related matters in the U.S. Provost and Dean of Faculties David Quigley, Vice President for Student Affairs Joy Moore, and Haub Vice President for University Mission and Ministry Jack Butler, S.J., were the other signatories.

The letter described America as “a nation divided and wounded because of longstanding tensions concerning race, police conduct, and civil liberties. The current anger, division, and alienation result from long-term, systemic causes, and they call for resolution of underlying issues through immediate and sustained action.

“To move forward, it is essential for everyone to acknowledge and affirm that Black Lives Matter.”

Building on the legacy of academia as a venue for exploring compelling contemporary questions and concerns, and developing effective responses, BC—guided by its Catholic social teaching—will seek to contribute to the discussion on race and racist behavior in America, according to the announcement.

The letter described the Boston College Forum on Racial Justice in America as providing a meeting place “for listening, dialogue, and greater understanding about race and racism in our country, especially ideas for dealing with current challenges and planning for a better future.” It also will serve as a catalyst for “bridging differences regarding race in America, promoting reconciliation, and encouraging fresh perspectives.”

There will be several components to the forum: Individuals will share their experiences of racism, police misconduct, job and housing discrimination, health care inequities, and wealth disparity; community and religious leaders, government officials, and members of law enforcement will be invited to comment on their efforts to foster community building and public safety in support of the common good; and participants will have the opportunity to describe their hopes and dreams for the future. In addition, the forum will sponsor speakers, panels, and seminars about key issues regarding race and needed changes in attitudes and structures, encourage scholarly exploration of conditions that result in racism and racist behavior, and suggest responses and solutions.

BC Law School Dean Vincent Rougeau will serve as the forum’s inaugural director, working closely with Fr. Leahy and BC senior leadership as well as a national board of advisors.

Other BC initiatives will be built around faith and formation. The Division of University Mission and Ministry will offer a series of multi-faith services to pray for healing and reconciliation in the local community and nation, according to the announcement, “and implore God’s help in surmounting the sins and effects of racism, injustice, and violence.” Campus Ministry will seek to establish partnerships with faith communities in the Boston area “for dialogue and neighborhood service activities,” and create opportunities for elementary and high school students to hold discussions with BC undergraduates on experiences and beliefs concerning race, community, justice, and the future.

Intercollegiate athletes at BC will also “reach out in new ways to youth in metropolitan Boston to build bonds and provide mentorship through sports and academics.”

Boston College’s recently announced integration with Pine Manor College—and related establishment of the Pine Manor Institute for Student Success—as a means to recruit and graduate underrepresented, first-generation students was cited as another facet of the University’s response to race-related issues. The institute will work closely with existing academic outreach programs at BC in furthering Pine Manor College’s success in helping students facing major challenges in their pursuit of higher education obtain college degrees, the letter said, noting that BC has designated $50 million of its endowment to support the institute’s activities, and intends to seek additional funds from various sources.

The University sees itself as contributing to the evolving national agenda on race and racism through its long-standing commitment to helping students engage central issues and ideas, develop skills in analysis and critical thinking, and according to the statement, “become more whole, more human, and more free from ignorance and prejudice. These commitments urge Boston College to work for racial justice and to create opportunities across the curriculum for students and faculty to engage in the scholarly exploration of race through a range of disciplinary perspectives.”

The letter also referenced existing University policies and resources that have aided underrepresented and underserved students, such as BC’s policy on need-blind admission and meeting the full-demonstrated need of all accepted undergraduates, as well as the Thea Bowman AHANA Intercultural Center, Options through Education, Learning to Learn, and the Montserrat Coalition, which have helped numerous students thrive academically and personally, as evidenced by the 96 percent graduation rate for the most recent cohort of Pell-eligible students.  In addition, BC has joined QuestBridge, a highly respected program involving 42 of the nation’s best colleges and universities that helps talented and high-financial need students apply and gain admission to its partner schools.

Asking the University community for “advice and support” in regard to the Forum on Racial Justice in America and related initiatives, the letter concluded: “Working together we can accomplish great things, and help Boston College, our nation, and the world be more just and more at peace.”