Joseph Herlihy, Boston College’s general counsel since 1998, has announced that he will retire from his position this summer after 27 years of service to the University.

He will continue to work on a part-time basis, overseeing real estate matters and permitting, and providing legal advice on BC’s master planning efforts with the City of Boston. 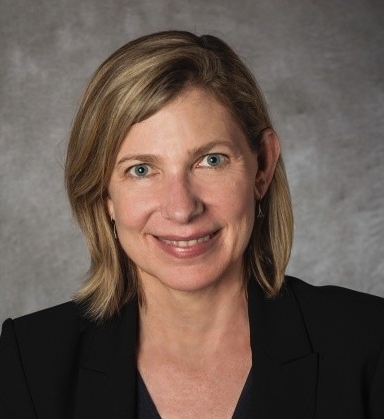 He will be succeeded as general counsel by Deputy General Counsel Nora Field, who has served in her role since 2014, overseeing complex litigation, intellectual property law, transactions, legal aspects of student affairs, and general higher education compliance.

Herlihy came to Boston College in 1994 from the Boston law firm Goodwin Proctor, where he specialized in real estate law. He brought to the University an established expertise in critical areas that helped to address its growing zoning, permitting, and development needs within the municipalities of Boston and Newton.

A highly respected attorney who earned the trust of senior leadership through his knowledge and professionalism, Herlihy managed all of the University’s legal affairs as general counsel, including supervising the outside counsel hired to represent BC in its various legal matters. Under his leadership, the Office of General Counsel grew to three full-time practitioners and a part-time associate.

Herlihy said he looks forward to spending time in the coming years traveling with his wife, Marianne, studying and playing piano, and continuing his work on the Board of the American College of the Mediterranean, a degree-granting institution in France that provides study abroad opportunities for American universities.

“It has been gratifying to serve as general counsel these past two decades because of the arc of growth of both the Office of the General Counsel and the University,” said Herlihy.  “It has been a great time to provide counsel in higher education—particularly at Boston College—as this office has been instrumental in the University’s major initiatives of the past 25 years, including the establishment of the School of Theology and Ministry, the acquisition of the Brighton Campus, and the integration of Pine Manor College with Boston College.”

Herlihy received his J.D. from Boston University School of Law in 1986, and holds a master’s degree in French from Yale University. He earned his bachelor’s degree from Bowdoin College, where he served as the chair of the school’s Alumni Council, and was a member of the last graduating class of Xavier School, a former Jesuit high school in Concord, Mass.

“I was pursuing a doctorate in French before I decided to become a lawyer,” said Herlihy. “Bringing my legal practice from Goodwin Proctor to a university practice felt like a homecoming for me, as I was able to use my legal skills to advance the mission of Jesuit education, which is very important to me.”

University President William P. Leahy, S.J., commended Herlihy for his leadership and dedicated service, first as associate legal counsel and then legal counsel, during the past 27 years.

“As BC’s general counsel, Joe consistently provided valuable perspective and sound legal advice on a range of matters,” said Fr. Leahy.  “I am grateful for his years of service and dedication to Boston College and its mission.”

In appointing Nora Field as general counsel, Fr. Leahy said he looked forward to her continuing to provide the legal expertise and steady leadership that has defined the office since its establishment in 1992.

“Nora has been a member of our general counsel’s office since 2005 and knows BC well,” said Fr. Leahy. “I am confident in her judgment and grasp of issues facing Boston College and higher education now and in the future.”

“It has been a great privilege to work with Nora over the past 16 years,” said Herlihy. “She is an extraordinary attorney and colleague, and her promotion to general counsel is well deserved.”

Field, who has extensive experience in higher education law, complex transactions, and managing litigation, received her J.D. from Boston College Law School in 1998. She served as an associate at the Boston law firm Foley Hoag, and as an associate attorney in the Office of the General Counsel at Harvard University before joining the Office of General Counsel as associate counsel in 2005.  A graduate of the University of Virginia where she earned her bachelor’s degree in English, Field worked as a reporter at various publications including Fortune Magazine, before attending law school.

“I am honored to serve as Boston College’s next general counsel, and to succeed Joe Herlihy, who has served the University so ably for more than two decades,” said Field. “Joe has been a great boss and mentor to me and I am very pleased that he will continue on staff to advise on real estate matters. I am also grateful to Fr. Leahy for entrusting me with this role, and I look forward to working with him, senior administrators, and the entire BC community to help the University navigate an increasingly challenging legal environment.”

Field is active in the College and University Section of the Boston Bar Association, and has served on its steering committee, including as co-chair from 2017-2019. An avid traveler, hiker, and gardener, she lives in Natick with her husband Richard Geckle, who teaches Latin and history at Natick High School, and two daughters, the oldest of which is a member of the BC Class of 2025.