Andrew Davidson, vice president for development at Dartmouth College, will join BC on March 1 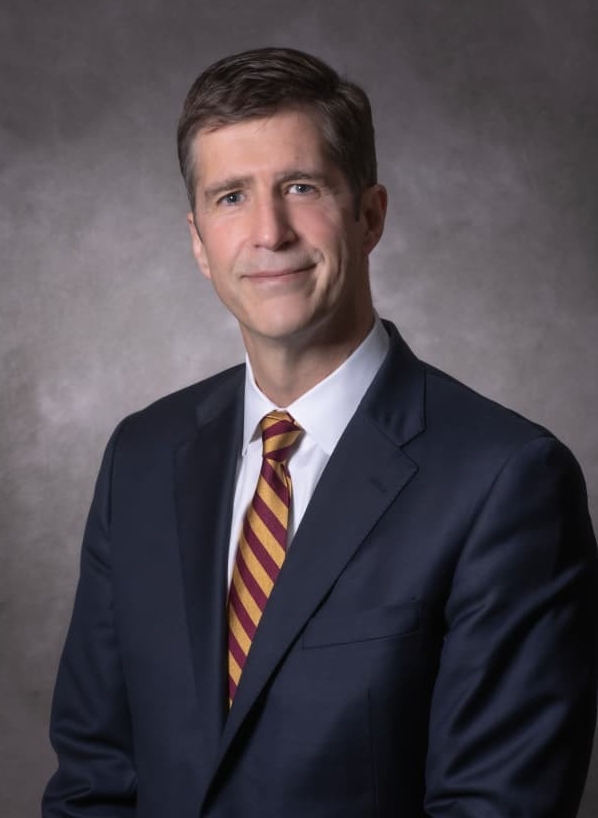 A proven and highly respected fundraiser who brings more than 20 years of advancement experience in leadership roles at Dartmouth and Harvard University, Davidson has managed Dartmouth’s central fundraising programs since 2014, including the Dartmouth College Fund, gift planning, major gifts, corporate and foundation relations, and donor relations and research. He also worked with a portfolio of principal gift prospects, and served as a member of the Advancement Senior Leadership Team that led the planning and execution of Dartmouth’s $3 billion “Call to Lead” capital campaign.

In his new role at Boston College, Davidson will direct all fundraising, alumni engagement, and operations of the University’s advancement division. He succeeds Vice President for Development Amy Yancey, who has served as interim senior vice president since the fall.

“Andrew Davidson has excelled in fundraising at two leading institutions of higher education and very much wants to help enhance Boston College’s mission and heritage,” said Fr. Leahy. “I am delighted that he will soon be a member of our community.”

Davidson said he was honored to accept the senior vice president’s position and looked forward to joining the BC community and leading its advancement efforts as it prepares for its next fundraising campaign.

“For me, accepting this position at Boston College is the culmination of 20 years of working in higher education advancement,” said Davidson. “It aligns with my beliefs and values and my skills as an advancement professional.

“The importance of a premier Jesuit, Catholic university like Boston College has never been greater in American higher education. The world needs BC to educate men and women who will make an impact on society.”

At Dartmouth, Davidson supervised a staff of 100 development professionals who raised approximately $100 million annually, and his principal gift efforts resulted in several eight-figure commitments, including the naming gifts for the Guarini School of Graduate and Advanced Studies and the Magnuson Center for Entrepreneurship.

Davidson also led successful campaign volunteer programs, including the Presidential Commission for Financial Aid, which was charged with meeting a financial aid goal of $500 million. In addition, he implemented a strategic reorganization of departments to create better alignment of frontline staff, and increased personnel by 20 percent in preparation for Dartmouth’s campaign.

“The importance of a premier Jesuit, Catholic university like Boston College has never been greater in American higher education. The world needs BC to educate men and women who will make an impact on society.”

Prior to joining Dartmouth, Davidson held several key fundraising positions at Harvard University between 2002 and 2014, including assistant dean for development for the Faculty of Arts and Sciences and the School of Engineering and Applied Sciences, where he was responsible for overall campaign fundraising strategy with specific and shared oversight of a $1 billion goal for the $6.5 billion Harvard Campaign.

Provost and Dean of Faculties David Quigley and Haub Vice President of University Mission & Ministry Jack Butler, S.J., who co-chaired the search, said that Davidson possessed the key qualities they were looking for in the new senior vice president for university advancement.

“The search committee was blessed to be able to select from a strong pool of candidates, among whom Andrew Davidson stood out for his experiences at Dartmouth and Harvard, his belief in the power of higher education to change lives for the better, and his sophisticated understanding of how philanthropy is evolving in our time,” said Quigley. “Andrew impressed me with his vision for how to attract and sustain support for Boston College in a way that is true to and ultimately advances the University's distinctive mission.  I look forward to working closely with him starting later this winter.”

Added Fr. Butler, “Andrew is experienced, knowledgeable, and engaging, and his interest in BC’s mission correlates with his life and personal history. He understands that an essential part of the Jesuit, Catholic educational experience takes place in the classroom, and he knows from his experiences how to support the academic enterprise at elite universities.”

A native of Northboro, Mass., Davidson graduated from Rutgers University in 1992 with a B.A. in English and History. A collegiate oarsman, he still rows competitively at the masters level for Diesel Athletic Club. He and his wife Joyce are the parents of two adult children, Liam and Charlie.

“My wife, Joyce, and I have had a long connection with Jesuits and Jesuit education through our family, friendships, and work,” said Davidson. “That connection has had an important impact on our lives and the lives of our boys. In many ways, coming to BC builds on our life’s work, and feels like coming home. I am excited to begin this new chapter.”