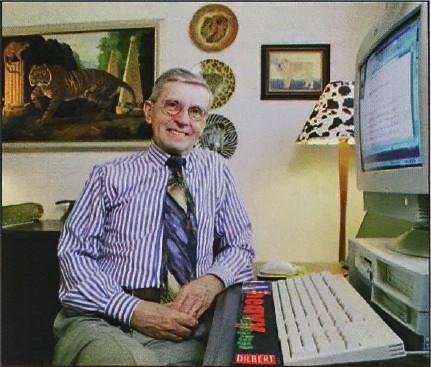 Mr. McGahay worked at the University for 32 years in several positions, including as associate director of the Alumni Association, acting director of public relations, and senior writer in the Development Office. But his signature contribution to BC was an uncredited one: Every year, for a quarter-century, he composed the honorary degree citations read at the University's Commencement Exercises and printed in the accompanying program—eloquent, lyrical, richly detailed passages that praised the lives and achievements of the honorees.

Although Mr. McGahay was never listed as the author of the citations, he left a legacy of stirring, gracious tributes flavored with history, politics, and science as well as literature, poetry, and other modes of artistic expression.

“Affixing to this tribute the seal of a prayer that success may crown a shining devotion to one of the noblest concepts of the Arab heritage, articulated in the word ‘peace’ and perpetuated in the traditional greeting ‘Salaam,’” he wrote in 1993 for Jordanian Queen Noor al Hussein, “Boston College bestows the noblest entitlement of the Academy and declares Her Majesty Doctor of Laws.”

For Heaney, the future Nobel winner, Mr. McGahay wrote in 1991: “Your poetry, luminous with a universality of experience that is profoundly Irish, reflects the shape of life as you know it to be, a fusion of history and the land, and reaches beyond the giving of pleasure and insight to confer the gift of fortitude, to help us endure.”

Reviewing the career of then-United States Vice President Bush, who was honored at the 1982 Commencement, Mr. McGahay pointed to his service as first chief of the U.S. Liaison Office in the People’s Republic of China: “Your efforts in Peking echo the deeds of earlier sons of New England who opened China and its culture to America. In the language of the Chinese, the word for ‘doctor’ evolved to include in its meaning the scholar who would also become an official. Today, Boston College calls to her company of scholars an accomplished public official and declares you Doctor of Laws, honoris causa.”

Mr. McGahay also would find inventive, and charmingly personal, ways to present a portrait of the dignitary. The bulk of his citation for Angelou, honored in 1985, was a summary of her various vocations (“poet, author, lecturer, playwright, composer…”) and concisely worded career highlights, including her role in the groundbreaking TV miniseries “Roots.”

“The list of your titles and honors goes on, as varied and breath-taking as your history of accomplishment,” wrote Mr. McGahay—then, in a reference to one of Angelou’s best-known poems, he added, “And still you rise!”

For 1996 honoree poet Rita Dove, who among her other accomplishments produced a TV show, “Shine Up Your Words: A Morning with Rita Dove,” to introduce schoolchildren to poetry, Mr. McGahay came up with an unorthodox but winning introductory line—especially since it was voiced by then-Academic Vice President William B. Neenan, S.J., a much-admired orator who read the degrees at Commencement.

“Good morning, Miss Dove,” intoned Fr. Neenan, to the delight of Dove and the Commencement crowd.

In a 2000 Boston College Chronicle interview—which amounted to his grand reveal as citations author—Mr. McGahay discussed the experience of serving as what he called “the voice of the University.”

The work would entail reading anything that might offer an insight into the dignitary, he said, and then capturing the person in half a page. Fortunately, he brought to the job an abiding interest in biography he had developed as a youth, having read “every book on the lives of the saints in the Pine Hills branch of the Albany Public Library,” he recalled.

“You have to find a peg,” he said. “There’s something interesting about every person you encounter. I look for things that catch my eye, that capture the personality and individuality of the person. I like to look for a smile.”

Mr. McGahay often found the research on degree recipients enlightening, almost a form of professional development.  “It’s like taking a crash course. I might end up learning something about science or about politics. And for a writer, it’s a great exercise in succinctness.”

One major consideration in writing citations, he noted, was that his words were spoken, not simply printed. “I tend to read them aloud to myself to make sure they go trippingly off the tongue. I also don’t want the speaker to be fainting for lack of breath. What I write has to be stately; it’s a solemn occasion—and has to pay genuine honor to the recipient while conveying a message to the graduating seniors.”

Mr. McGahay admitted that some honorees were more difficult to capture than others. “With scientists it can be very challenging to make sense of their work in that short a passage,” he said. “And executives...are executives.” He also made a point of trying to avoid clichés, such as referring to a wealthy manufacturer as a “merchant prince of oaken integrity.”

The lack of public acknowledgment for his work “has never bothered me at all,” he said.  “I’ve always considered it a privilege. It really is my favorite assignment.”

Mr. McGahay, who had taught English and served as director of the Jimmy Fund before joining the University, retired in 2004.

He was married for 34 years to Mary Griffin, a faculty member and later dean of BC’s Lynch School of Education. She died in 2019.

He is survived by his siblings, Linda K. (McGahay) Callanan and John (Jack) McGahay, and their spouses, children, and grandchildren. A private family memorial has been planned.