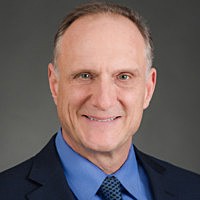 The BC department is responsible for ensuring the long-term protection and enhancements of the University’s capital assets. In addition to landscape and custodial services, Facilities Services encompasses facilities trade maintenance and athletic facilities maintenance as well as Boston College’s mail services.

“I am excited to have Bob joining the BC Facilities team,” said Vice President for Facilities Management Daniel Bourque. “He brings with him a wealth of knowledge and experience in the area of facilities management, leadership, and operations.”

During his almost six years at Brandeis, where he supervised eight departments and 140 employees, Avalle oversaw and directed a capital construction budget of more than $20 million annually. Among the campus projects during his tenure at Brandeis was the Skyline Residence Hall, which last year was chosen for a Project Achievement Award from the Construction Management Association of America, New England Chapter. The award—which went to BOND, the construction firm for the hall—recognized Skyline for its use of open spaces and common areas and in particular as one of the only geothermal, zero-fossil fuel residence halls in Massachusetts.

Avalle also was director of operations and maintenance at the College of William and Mary and director of campus services at the University of California-Merced. He earned a bachelor’s degree in mechanical engineering from the U.S. Military Academy and a master’s degree in mechanical engineering from the University of Michigan-Ann Arbor; he holds an MBA from California University-Stanislaus.