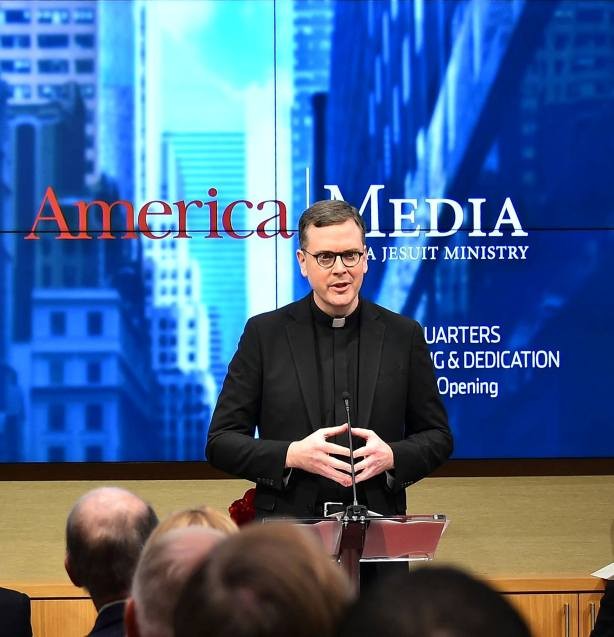 University President William P. Leahy, S.J., will preside at Mass and offer a special reflection following the service. In addition, the event will feature a keynote address by University Trustee Matt Malone, S.J., president and editor in chief of New York City-based America Media, which publishes the magazine America: The Jesuit Review of Faith and Culture, a leading Catholic journal of opinion in the United States; America Media also provides content in web, digital, and social media platforms.

Fr. Malone became the youngest editor in chief in the history of America magazine when he was appointed to the position in 2012. He served as an associate editor, covering foreign policy and domestic politics, and received the 2006 first place Catholic Press Association award for essay writing.

He has participated in a number of events and collaborations at BC, including the Church in the 21st Century Center’s “Revitalizing Our Church” series, where he and Crux Editor John L. Allen Jr. were guest speakers at a discussion, “Ideas from the Catholic Series.” He also was among a panel of editors from America Media that explored the Catholic perspective on American politics in a webinar sponsored by the School of Theology and Ministry in the latter stages of the 2020 presidential election campaign.

For more information about Laetare Sunday, and to register, go to the Alumni Association website.