A new spin on magnetism

The magnetic properties of a chromium halide can be tuned by manipulating the non-magnetic atoms in the material, a team, led by Boston College researchers, reports in the most recent edition of ScienceAdvances. 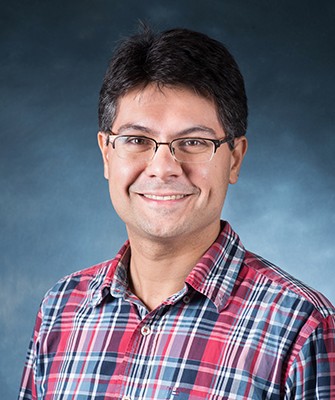 The seemingly counter-intuitive method is based on a mechanism known as an indirect exchange interaction, according to Boston College Assistant Professor of Physics Fazel Tafti, a lead author of the report.

An indirect interaction is mediated between two magnetic atoms via a non-magnetic atom known as the ligand. The Tafti Lab findings show that by changing the composition of these ligand atoms, all the magnetic properties can be easily tuned.

“We addressed a fundamental question: is it possible to control the magnetic properties of a material by changing the non-magnetic elements?” said Tafti. “This idea and the methodology we report on are unprecedented. Our findings demonstrate a new approach to create synthetic layered magnets with unprecedented level of control over their magnetic properties.”

Magnetic materials are the backbone of most current technology, such as the magnetic memory in our mobile devices. It is common practice to tune the magnetic properties by modifying the magnetic atoms in a material. For example, one magnetic element, such as chromium, can be replaced with another one, such as iron. 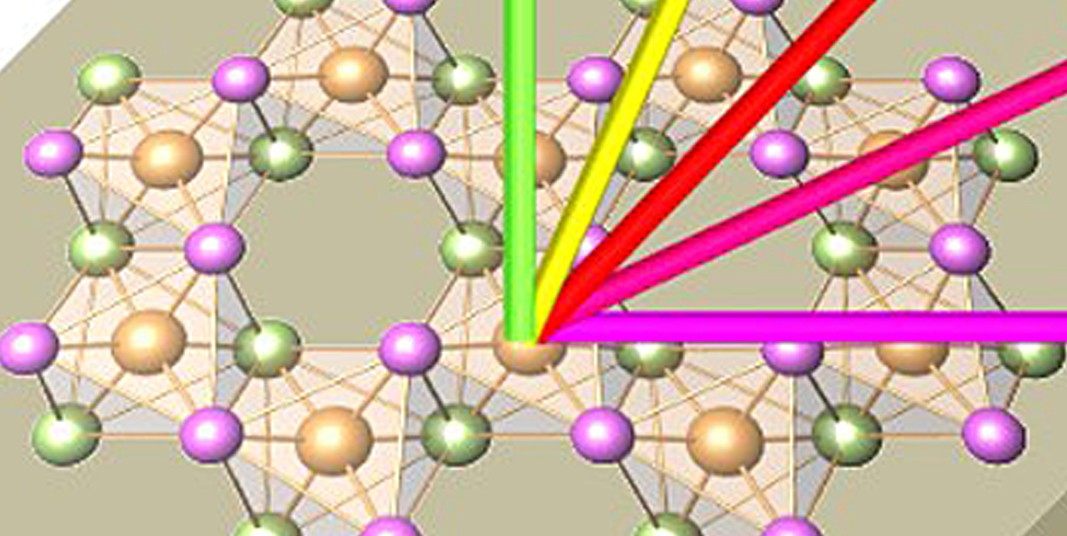 The atomic landscape of chromium halides are illustrated. The magnetic chromium atoms appear as gray spheres and the non-magnetic ligand atoms as green (chlorine), orange (bromine), and magenta (iodine) spheres.

The team studied ways to experimentally control the magnetic properties of inorganic magnetic materials, specifically, chromium halides. These materials are made of one chromium atom and three halide atoms: chlorine, bromine, and iodine.

The team was surprised that they could generate an entire phase diagram by modifying the non-magnetic atoms in a compound, said Tafti, who co-authored the report with fellow BC physicists Ying Ran and Kenneth Burch, post-doctoral researchers Joseph Tang and Mykola Abramchuk, graduate student Faranak Bahrami, and undergraduate students Thomas Tartaglia and Meaghan Doyle. Julia Chan and Gregory McCandless of the University of Texas, Dallas, and Jose Lado of Finland’s Aalto University, were also part of the team.

“This finding puts forward a novel procedure to control magnetism in layered materials, opening up a pathway to create new synthetic magnets with exotic properties,” Tafti said. “Moreover, we found strong signatures of a potentially exotic quantum state associated to magnetic frustration, an unexpected discovery that can lead to an exciting new research direction.”

From an educational stand point, Tafti singled out the work of undergraduate co-author Thomas Tartaglia, whose work was supported by an undergraduate research grant.

“The caliber of this publication is outstandingly high for a young undergraduate,” said Tafti. “In this case, an exceptional undergraduate student did extraordinary lab work, and managed to pull off a major project.”

Tafti said the next step is to use these materials in innovative technologies such as magneto-optical devices or the new generation of magnetic memories.