Boston College physicists have discovered a complex landscape of electronic states that can co-exist on a kagome lattice, resembling those in high-temperature superconductors, they reported this fall in the journal Nature.

The focus of the study was a bulk single crystal of a topological kagome metal, known as CsV3Sb5—a metal that becomes superconducting below 2.5 degrees Kelvin, or minus 455 degrees Fahrenheit. The exotic material is built from atomic planes composed of Vanadium atoms arranged on a so-called kagome lattice—a pattern of interlaced triangles and hexagons—stacked on top of one another, with Cesium and Antimony spacer layers between the kagome planes.

The material offers a window into how the physical properties of quantum solids, such as light transmission, electrical conduction, or response to a magnetic field, relate to the underlying geometry of the atomic lattice structure, according to Boston College Associate Professor of Physics Ilija Zeljkovic and Professor of Physics Ziqiang Wang and collaborators from the University of California Santa Barbara. 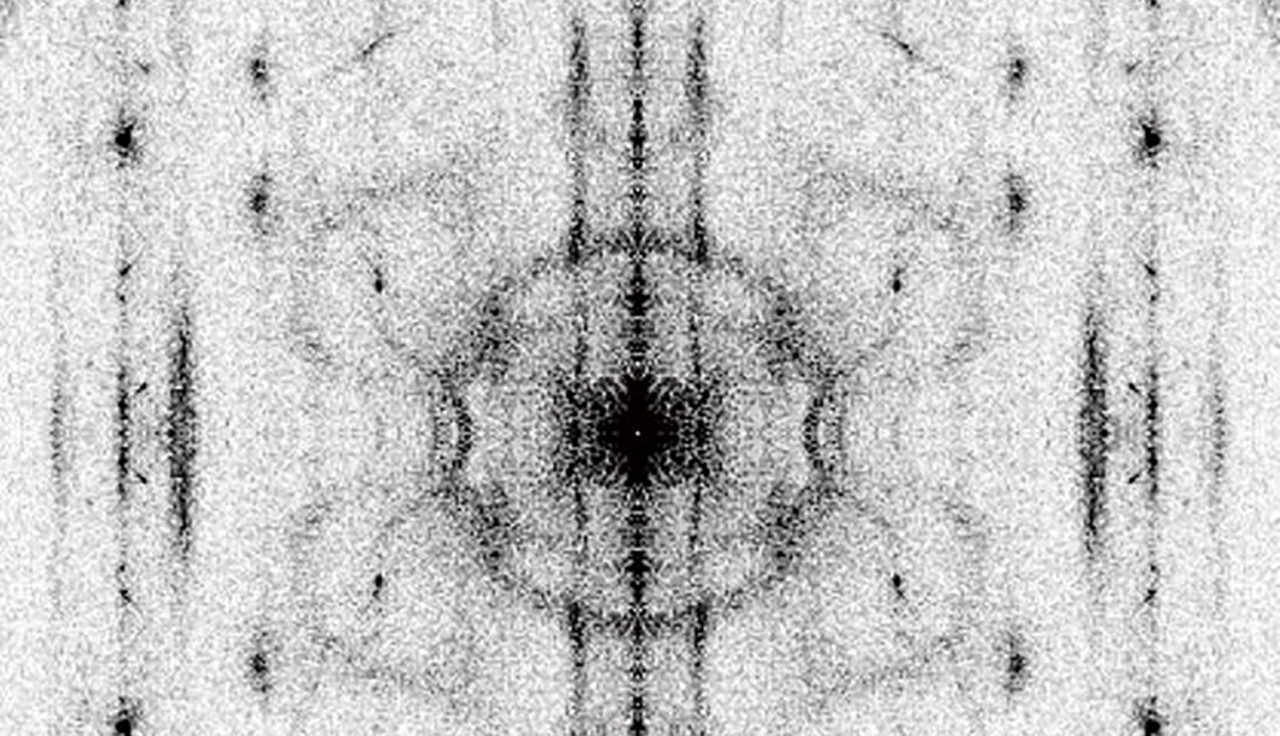 An image from Boston College researchers shows the scattering and interference of electrons on the surface of a kagome superconductor.

Because its geometry causes destructive interference and “frustrates” the kinetic motion of traversing electrons, kagome lattice materials are prized for offering unique and fertile ground for the study of quantum electronic states described as frustrated, correlated, and topological.

The majority of experimental efforts thus far have focused on kagome magnets. The material the team examined is not magnetic, which opens the door to investigate how electrons in kagome systems behave in the absence of magnetism. The electronic structure of these crystals can be classified as “topological”, while high electrical conductivity makes it a “metal”. 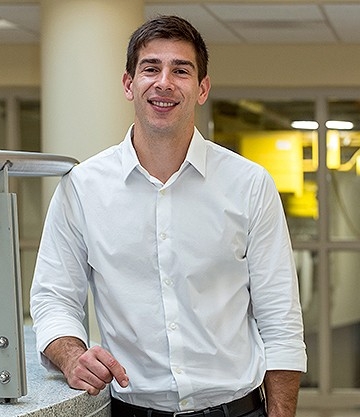 “This topological metal becomes superconducting at low temperature, which is a very rare occurrence of superconductivity in a kagome material,” said Zeljkovic, a lead co-author of the report, titled “Cascade of correlated electron states in a kagome superconductor CsV3Sb5.”

In a metal, electrons in the crystal form a liquid state. Electrical conduction happens when the charged liquid flows under a bias voltage. The team used scanning tunneling spectroscopy to probe the quantum interference effects of the electron liquid, said Zeljkovic, who conducted the research with Wang, graduate student Hong Li, and He Zhao, who earned his doctorate in Physics at BC in 2020, as well as colleagues from the U.C. Santa Barbara.

The experiments revealed a “cascade” of symmetry-broken phases of the electron liquid driven by the correlation between the electrons in the material, the team reported.

Occurring consecutively as the temperature of the material was lowered, ripples, or standing waves, emerge first in the electron liquid, known as charge density waves, with periodicity different from the underlying atomic lattice. At a lower temperature, a new standing wave component nucleates only along one direction of the crystal axes, such that electrical conduction along this direction is different than in any other direction.

These phases develop in the normal state—or the non-superconducting metallic state—and persist below the superconducting transition. The experiments demonstrate that superconductivity in CsV3Sb5 emerges from, and coexists with, a correlated quantum electronic state that breaks spatial symmetries of the crystal. 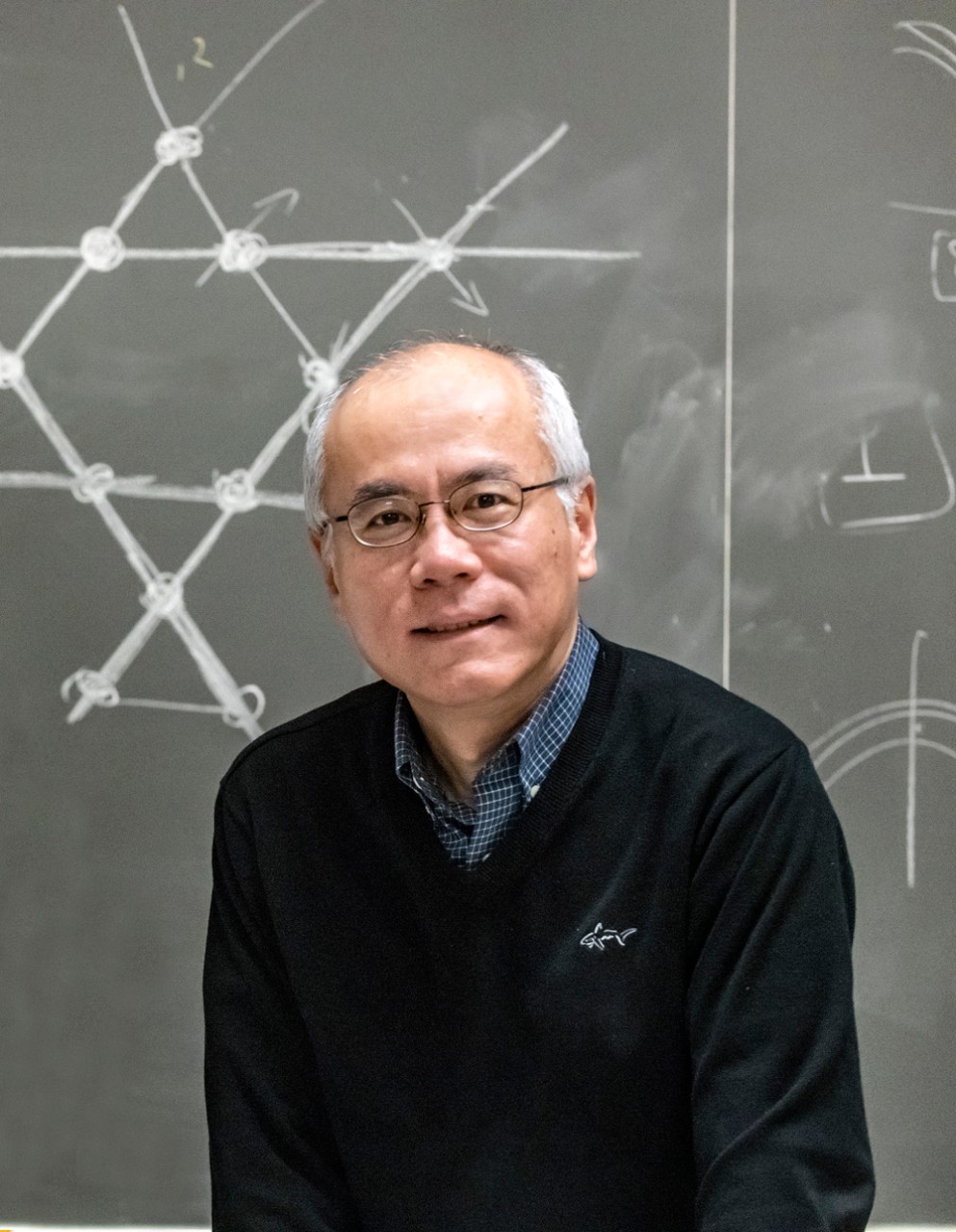 The findings could have strong implications for how the electrons form “Cooper” pairs and turn into a charged superfluid at an even lower temperature, or a superconductor capable of electrical conduction without resistance. In this family of kagome superconductors, other research has already suggested the possibility of unconventional electron pairing, said Zeljkovic.

Researchers in the field have noted a phenomenon called time-reversal symmetry breaking in CsV3Sb5. This symmetry—which holds that actions would be performed in reverse if time were to run backwards—is typically broken in magnetic materials, but the kagome metal shows no substantial magnetic moments. Zeljkovic said next steps in this research are to understand this apparent contradiction and if and how the electronic states revealed in this recent work are related to time-reversal symmetry breaking.

The level of significance and research into these recently-discovered kagome lattice superconductors is reflected in an associated Nature article published in the same advance electronic edition. Also co-authored by BC’s Ziqiang Wang, the paper, titled "Roton pair density wave in a strong-coupling kagome superconductor," reports the observation of novel standing waves formed by Cooper pairs with yet another periodicity in the same kagome superconductor, CsV3Sb5.

“The publishing of these two reports side-by-side not only reveals new and broad insights into kagome lattice superconductors, but also signals the high level of interest and excitement surrounding these materials and their unique properties and phenomena, which researchers at Boston College and institutions around the world are discovering with increasing frequency,” Wang said.

"Cascade of correlated electron states in a kagome superconductor CsV3Sb5"