Oceans in peril, humans at risk

Ocean pollution is widespread and getting worse, and when toxins in the oceans make landfall they imperil the health and well-being of more than 3 billion people, according to a new report by an international coalition of scientists led by Boston College’s Global Observatory on Pollution on Health and the Centre Scientifique de Monaco, supported by the Prince Albert II of Monaco Foundation.

The study is the first comprehensive examination of the impacts of ocean pollution on human health. It was published in the online edition of the Annals of Global Health and released at the Monaco International Symposium on Human Health & the Ocean in a Changing World, convened in Monaco and online by the Prince Albert II de Monaco Foundation, the Centre Scientifique de Monaco and Boston College. 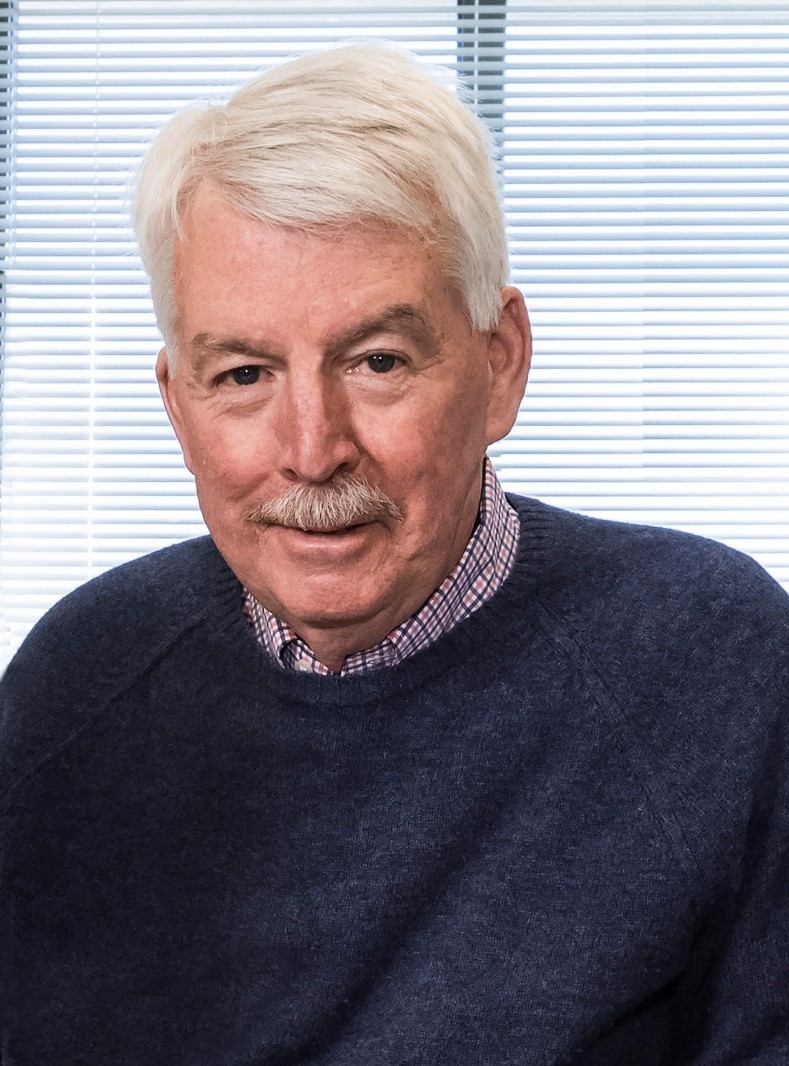 “Simply put: Ocean pollution is a major global problem, it is growing, and it directly affects human health,” said Professor Philip Landrigan, M.D., the director of the observatory and of BC’s Global Public Health and the Common Good Program. “People have heard about plastic pollution in the oceans, but that is only part of it. Research shows the oceans are being fouled by a complex stew of toxins including mercury, pesticides, industrial chemicals, petroleum wastes, agricultural runoff, and manufactured chemicals embedded in plastic. These toxic materials in the ocean get into people, mainly by eating contaminated seafood."

Landrigan noted that, “We are all at risk, but the people most seriously affected are people in coastal fishing communities, people on small island nations, indigenous populations and people in the high Arctic. The very survival of these vulnerable populations depends on the health of the seas.”

The oceans cover more than 70 percent of the earth’s surface. Despite their vast size, the seas are under threat, primarily as a result of human activity, according to the findings, drawn from 584 scientific reports, which detail:

Prince Albert of Monaco said that the analysis can be used to mobilize global resolve to curb ocean pollution.

“The link between ocean pollution and human health has, for a long time, given rise to very few studies,” Prince Albert wrote in an introduction to the report. “Taking into account the effects of ocean pollution – due to plastic, water and industrial waste, chemicals, hydrocarbons, to name a few – on human health should mean that this threat must be permanently included in the international scientific activity.

“This document on Human Health and the Ocean, prepared with the contributions of the Monaco Science Centre and Boston College, substantiates that pollution of the Ocean is not inevitable,” he added.

Among the key findings:

“The key thing to realize about ocean pollution is that, like all forms of pollution, it can be prevented using laws, policies, technology, and enforcement actions that target the most important pollution sources,” said Landrigan. “Many countries have used these tools and have successfully cleaned fouled harbors, rejuvenated estuaries, and restored coral reefs.  The results have been increased tourism, restored fisheries, improved human health, and economic growth. These benefits will last for centuries.” 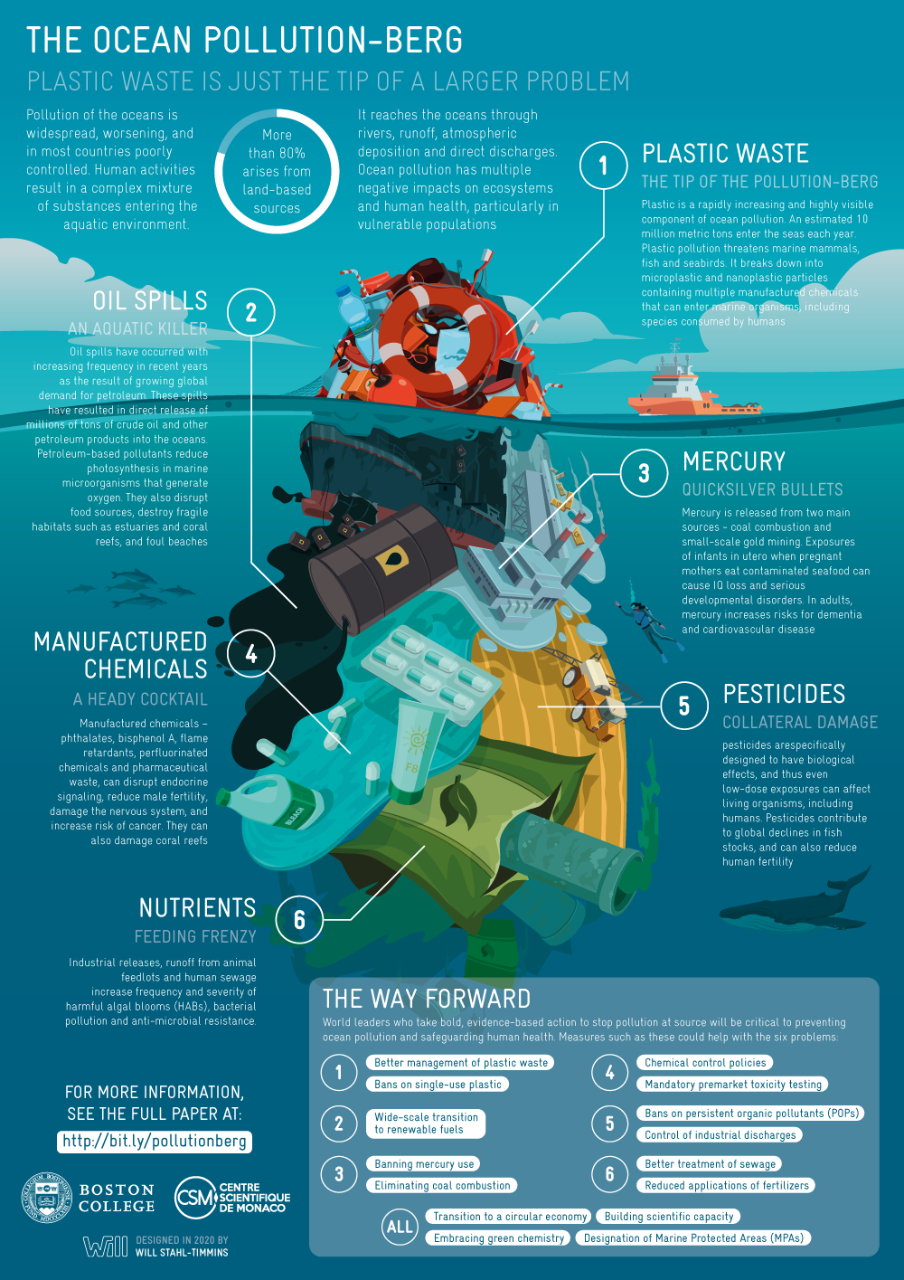 The report is being released in tandem with the Declaration of Monaco: Advancing Human Health & Well-Being by Preventing Ocean Pollution, which was read at the symposium’s closing session.

Endorsed by the scientists, physicians and global stakeholders who participated in the symposium in-person in Monaco and virtually, the declaration summarizes the key findings and conclusions of the Monaco Commission on Human Health and Ocean Pollution. Based on the recognition that all life on Earth depends on the health of the seas, the authors call on leaders and citizens of all nations to “safeguard human health and preserve our Common Home by acting now to end pollution of the ocean.”

They recommended the following actions:

Additional partners in the symposium include the Government of the Principality of Monaco, the World Health Organization, United Nations Environment, the International Agency for Atomic Energy, the Monaco Oceanographic Institute, the French National Centre for Scientific Research, the Mediterranean Science Commission, the European Marine Board, the Woods Hole Oceanographic Institution, and the Scripps Institution of Oceanography, under the High Patronage of HSH Prince Albert II of Monaco.

Co-author and marine toxicologist John Stegeman is a senior scientist at the Woods Hole Oceanographic Institution and director of the NSF- and NIH-funded Woods Hole Center for Oceans and Human Health. Stegeman was joined by a team of colleagues at WHOI that included toxicologist Mark Hahn, biologist Donald Anderson, and marine chemist Chris Reddy.

“Our Global Observatory on Pollution and Health at Boston College is extremely proud to have been able to partner with the Centre Scientifique de Monaco and the Prince Albert II of Monaco Foundation to produce this report and develop the Declaration of Monaco," said Landrigan. "This work advances the mission of the Schiller Institute for Integrated Science and Society at Boston College to use scientific research to benefit society, and it fulfills Pope Francis’ call in Laudato Si’ to care for our Common Home and to protect the poor and the vulnerable among us."