Why does a book comparing the sociopolitical struggles of Sunni Islam and Roman Catholicism feature on its cover a photo of a broken-down, rusty old locomotive in the middle of a desert?

For a very good reason, according to Professor of Political Science Jonathan Laurence, author of the book in question, Coping with Defeat: Sunni Islam, Roman Catholicism, and the Modern State. 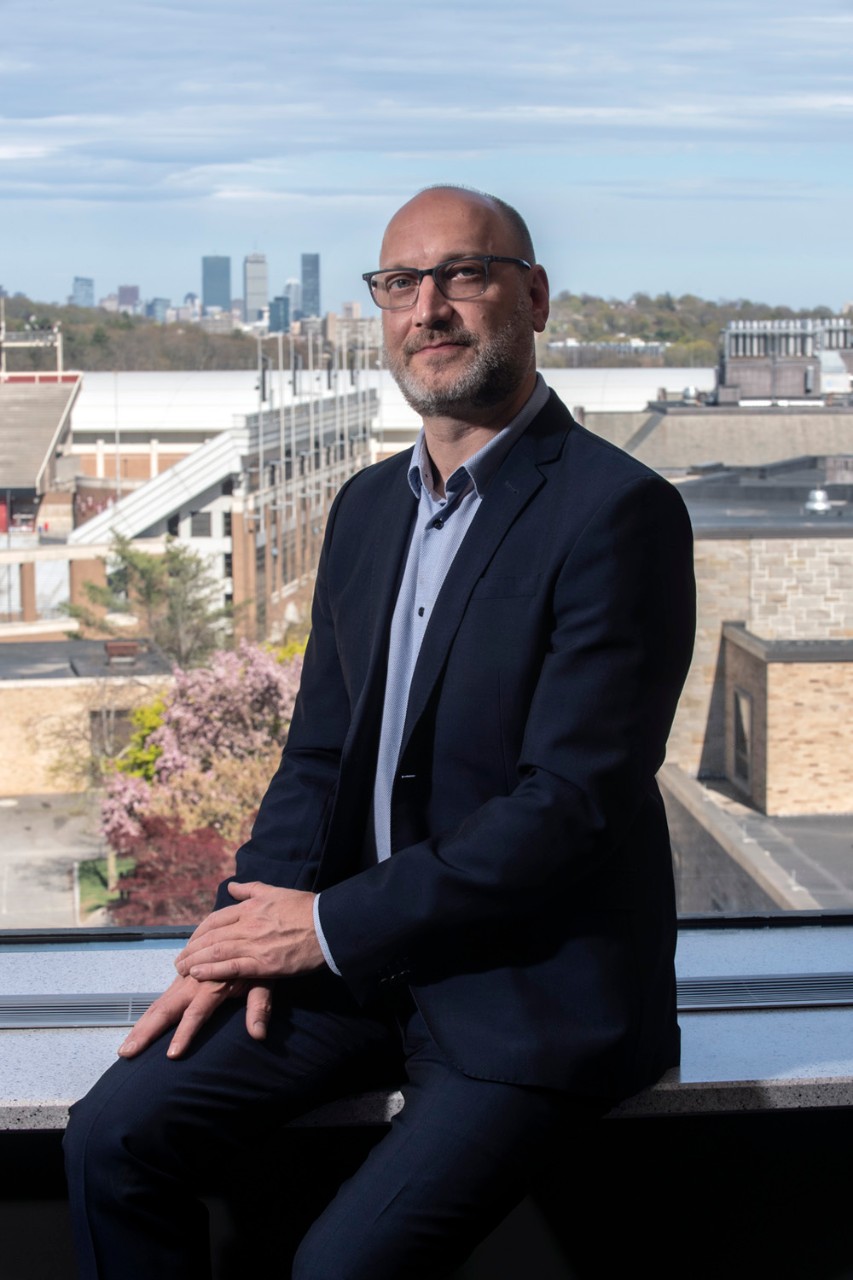 The locomotive in question was owned in 1917 by British officer, diplomat, and writer T.E. Lawrence (famously known as “Lawrence of Arabia”), who assisted the Arab revolt against the Ottoman Empire—the destruction and replacement of the empire’s 820-mile-long Hejaz Railway among the uprising’s most conspicuous and critical legacies. To Laurence, the rusting hulk symbolizes the remnants of what seemed a promising venture for the British: an opportunity to cast aside the once great Islamic caliphate and replace it with more pliant local authorities that would serve British interests and enable the British Empire to expand its influence.

Instead, efforts by Britain and other European powers to fill the vacuum left by the break-up of the Ottoman Caliphate splintered the Sunni Islam authority throughout the region, precipitating a series of conflicts and crises that affected not only the Islamic-majority nation-states that emerged after the war but ultimately the colonial powers themselves—and the effects reverberate to this day.

As for the Hejaz, British plans to revive the railway were never carried out, and it was simply abandoned.

“Part of what ails Islam, and Sunni Islam in particular, are the unintended consequences—and short-sightedness—of the actions by Britain and others against the Ottoman Caliphate,” said Laurence. “Sunni Islam had a well-functioning central authority in Istanbul that was fashioning an Islamic landscape more in tune with our modern state system. This included an acceptance that political control ended at their own border, while their spiritual influence extended beyond. The loss of the caliphate generated modern political Islam and fueled tensions between Sunni Muslim authorities and secular rulers that remain unresolved.”

But as Laurence describes in Coping with Defeat, the Roman Catholic Church endured a similar upheaval more than 100 years ago. In fact, the parallels between the two seemingly disparate religions are striking, he said, and offer a pathway to easing discord between Sunni Islam and non-Islam states.

“The Roman Catholic Church and the Islamic Caliphate ruled vast territories and populations, making law, controlling land, and governing people for roughly four centuries,” he explained. “Both suffered three similar upheavals and challenges: the end of empires, the rise of the modern national state, and significant outward migrations from the ‘home base’ of the religious tradition.”

Efforts by Britain and other European powers to fill the vacuum left by the break-up of the Ottoman Caliphate splintered the Sunni Islam authority throughout the region, precipitating a series of conflicts and crises that affected not only the Islamic-majority nation-states that emerged after the war but ultimately the colonial powers themselves—and the effects reverberate to this day.

Laurence has previously explored issues of comparative religions and politics in Europe, Turkey, and North Africa in The Emancipation of Europe’s Muslims: The State’s Role in Minority Integration and Integrating Islam: Political and Religious Challenges in Contemporary France. For Coping with Defeat, he undertook research in Vatican and Ottoman Archives and interviewed senior officials responsible for Islamic affairs or public religious education in Turkey and North Africa. He also spoke with interior and foreign ministry officials in various European capitals responsible for relations with North African, Turkish, Qatari, and Saudi ministries of Islamic and religious affairs.

If Islamist threats and acts of violence against symbols and civilians of Western democracies in recent decades are concerning, said Laurence, it is instructive to examine the militant, aggressive posture of Pope Pius IX in the 1860s, as the rise of nation-states increasingly challenged the Church’s authority. Pius barricaded himself behind Vatican walls, asserting his personal infallibility and his prerogative to depose princes and potentates. His encyclicals condemned religious pluralism, banned books, and forbade Catholics from voting in democratic elections. He even raised a private militia to fight Italian patriots seeking to unify the country, leading some nations to bar the international travel of young men seeking martyrdom in defense of the pope. 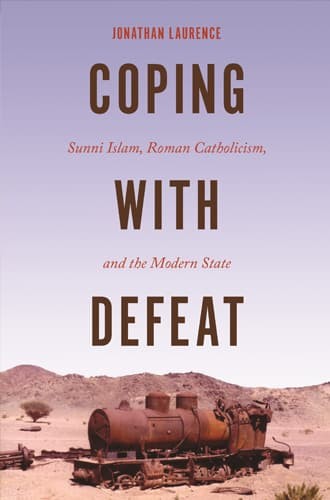 By contrast, noted Laurence, the Ottoman caliph of the era, Sultan Abdülmecid, was praised as a progressive figure demonstrating worldliness and open-mindedness as he inaugurated legislative sessions, toured European capitals, and expanded religious tolerance across the empire—and even sent the United States a tribute of friendship etched in marble for inclusion in the Washington Monument.

More than a century later, it is the Roman Catholic pope who is in the global mainstream, whether addressing the European Union Parliament and the U.S. Congress, taking part in interfaith events, or extoling secular legislators to “keep democracy alive.”

What happened? While the modern states effectively ended Roman Catholicism as an imperial power, Laurence explained, they allowed the Vatican micro-state to survive, and to exert its guidance over Catholics’ religious beliefs and practices worldwide. Catholic institutions accepted the state’s political jurisdiction and turned to spiritual leadership as their central mission.

Meanwhile, the end of the caliphate essentially trapped Muslim communities in a “purgatory,” caught between state-appointed scholars and officials in Muslim-majority nation-states and charismatic, populist transnational figures like Osama bin Laden and Abu Bakr al Baghdadi. This lack of robust affiliation has left some Muslims vulnerable to a dissident and politicized form of Islam, he explained.

“It’s not a matter of destiny that the papacy survived where the caliphate didn’t,” said Laurence. “The transition for the Church was by no means an easy one, and there are still instances where Church and state authority aren’t in synch. But when religious institutions adapt to the loss of their previous sovereignty, they’re forced to reevaluate what they can achieve within their society and in the diaspora. This leads to a cultural and religious uniformity that can pass over national borders and achieve autonomous spaces within the secular state—and not pose a threat to it.”

As an example, Laurence points to past skepticism in the United States over Catholic immigrants’ ability to assimilate in American society. Over time, American Catholics were encouraged to change their relationship with Rome even while observing their faith, and this led to greater autonomy for American Catholic institutions in the training of priests and Catholic school curriculums.

“Most significantly, Rome no longer treated the Catholic Church in the U.S. as part of its missionary arm, taking it out of the ‘Propaganda Fide’ and granting the American Church its own hierarchy,” said Laurence.

Muslim-majority states, he said, should continue to guarantee the neutrality of mosques, imam-training, and religious education, to reconcile Sunni Islam with the rule of law and thus with the authority of the secular state.

“In our part of the world, we take for granted that the state will legally supersede religious authority. But Sunni Islam faces an uphill battle to adapt to the modern state model because of the Islamist challenge. It’s important that the U.S. and Europe recognize what are sincere attempts among Muslim-majority states to create the state-religion synthesis present in Catholic-majority countries.

“As we see with T.E. Lawrence’s locomotive, the consequences of hasty decisions can linger with us longer than we intend.”