Boston College Professor of Political Science Ken Kersch has won a major professional honor for his study of the development of conservative constitutional thought during the mid- and late-20th century.

Kersch was selected for the C. Herman Pritchett Award from the Law and Courts Section of the American Political Science Association, given annually for the best book on law and courts published by a political scientist during the previous year.

The award recognizes Kersch for his 2019 book, Conservatives and the Constitution: Imagining Constitutional Restoration in the Heyday of American Liberalism, which examines how the intellectual and political trajectory of conservatives took shape on constitutional issues during 1954 to 1980—a period when they were largely sidelined in the American political arena. 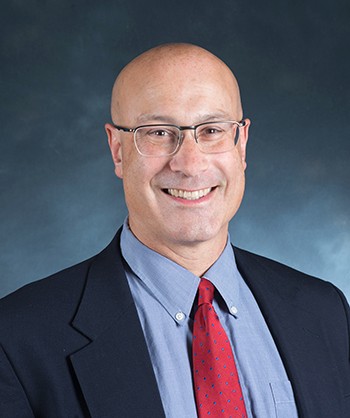 “Receiving the Pritchett Award is an extraordinary honor,” said Kersch, who joined the University in 2007 and from 2008-2012 served as founding director of the Boston College Clough Center for the Study of Constitutional Democracy. “C. Herman Pritchett was a pioneering scholar of judicial politics at the University of Chicago and the University of California-Santa Barbara. The recognition of my work by a prize named in his honor, by one of the American Political Science Association’s largest and most important sections, puts that work in the company of other leading studies in the field.  It is immensely gratifying to have my scholarship considered in this company. It is a highlight of my career.”

In Conservatives and the Constitution, Kersch discusses how conservatives sought to counter the institutional power liberals held for most of the 1950s, ’60s, and ’70s, represented by majorities in Congress and the U.S. Supreme Court. During this period, conservatives in various academic, religious, business, and other circles—from free market capitalists to evangelical Christians—found common cause in advocating and mobilizing for what they saw as constitutional restoration and redemption. This movement reached its apotheosis with the 1980 election of Ronald Reagan, which brought about a conservative realignment in American politics, and a conservative presence in the federal judiciary and the Supreme Court.

This is the third honor from APSA for Kersch, a previous winner of the association’s Edward S. Corwin Award and the J. David Greenstone Prize from APSA’s Politics and History Section. He also has received the Hughes-Gossett Award from the Supreme Court Historical Society.

Kersch said one of the driving forces in his work is a desire to make sense of how different forces, events, and vectors intersect with one another to influence and alter legal and political understandings. Living in the context of ascendant political and constitutional conservatism, he said, has had him mulling different strands of the book throughout his adulthood: studying economics in college while supply-side “Reaganomics” dominated political discussion, and attending law school when Reagan’s failed nomination of Robert Bork to the Supreme Court moved the originalists-vs.-living constitutionalists debates to the center of the U.S. constitutional discussion.

“I have always been interested in the contrast between the political thought of periods when groups were out of political power, and when they have achieved political power.  How is it similar, and how does it change?”

constitutionalist issue in the recent Supreme Court ruling on LGBTQ rights, although the cases leading to it, including Bostock v. Clayton County, were not constitutional per se but rather concerned interpretation of Title VII of the Civil Rights Act forbidding discrimination based on sex.

“Should judges today understand the meaning of the word ‘sex’ by the lights of what those who passed the law in 1964 understood and imagined as its scope and applicability?” he said. “Or should we understand it in light of what the word and concept of ‘sex’ means in today’s world?”

Noting that the Supreme Court’s conservative justices split on the issue, Kersch said the Bostock case suggests the instability and current implausibility of what he calls “old-school, Reagan-era originalism.”

“Whether conservatives are moving towards an entirely new form of originalism, or something completely different, remains to be seen.”