A record 4.4 million Americans quit their jobs in September. Lynch School workforce expert David Blustein weighs in on the story behind the numbers

The United States Bureau of Labor Statistics recently reported that a record 4.4 million Americans, or about three percent of the entire workforce, quit their respective jobs in September. Texas A&M psychologist Anthony Klotz is credited with coining the term “The Great Resignation” to describe this conspicuous and perplexing labor shortage. In this Q&A, Lynch School of Education and Human Development Professor David Blustein, author of The Importance of Work in an Age of Uncertainty: The Eroding Work Experience in America, talks about why so many Americans are resigning, and how several million Americans who were employed prior to the pandemic are surviving without a paycheck. 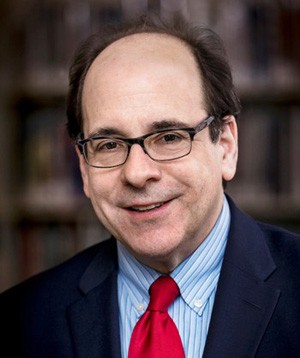 It’s common to see a surge in resignations when the job market is tight and there are numerous open positions, but today’s situation seems remarkably different. What’s driving the numerous, trend-busting exits, in your opinion?

The Great Resignation is clearly a fast-moving and powerful trend, one that has surprised many experts, including myself. Like most macro-level phenomenon, the Great Resignation is likely due to a confluence of factors that has coalesced to create a transformation in how people engage in work. One of the most prominent factors driving Americans to quit their jobs is that the labor market is now characterized by competition for workers in many (but not all) fields. As such, people feel more confident in being able to find better jobs.

However, this particular phenomenon also has been shaped by the pandemic. In addition to many other stresses associated with work, people have had to face possible exposure to a deadly virus; in my view, this has been a game-changer in the world of work. Workers also are leaving jobs that do not pay well and do not offer decent work conditions. Facilitating this move toward greater worker self-determination is the increased level of savings that people have amassed (especially during the pandemic when it was difficult to spend money, aside from necessities) as well as the emergence of creative ways to downsize one’s expenses. For example, during the pandemic, people discovered that they could move in with family members or friends, which lowered expenses.

Pundits have credited “pandemic epiphanies” with motivating many workers to leave jobs for greener pastures. What do you think has been the impact of the pandemic on the job market?

The pandemic is likely the elephant in the Great Resignation room. While some of the people leaving their jobs are looking for better ones, others are considering early retirement or different lifestyles and priorities that do not include or that diminish the role of marketplace work. My students and I have been conducting research on the impact of the pandemic on work, which has revealed that many people are experiencing a sense of existential threat and precarity. The pandemic has stripped away the illusion of security that many people maintained, which may be evoking a “Great Rethinking” of the institution of work. Conversations about the meaning and impact of a highly work-oriented life have moved from the margins to the center, leading to a questioning of the contemporary enterprise of work. For many people in the U.S. and across the globe, work has often resulted in stress, tedium, health risks, interpersonal conflict, and disempowerment, particularly for people who have been marginalized. In fact, the role of poverty, racism, and other forms of social exclusion have been prominent in the work lives of far too many people. A rethinking of how our society engages in work, survival, and sustainability is needed as institutions and people seek to rebuild after the losses and disruption of the pandemic.

Are workers simply angling for a raise after decades of stagnant pay?

A key factor in the Great Resignation is that people are no longer willing to work in indecent conditions and for low wages. A particularly positive outcome of this period is the notable increase in pay for lower wage workers, which is clearly a plus. Due to decades of neglect of working people, this period could be auguring in a needed equalizing force in salaries and working conditions, particularly for those who have been mired in precarious, low-wage work with few opportunities for advancement or collective advocacy.

Businesses need workers but they’re struggling to find them. Has the $2.5 million in extra cash from government stimulus checks—and the rising home values—actually encouraged workers to quit?

This is a common, but inaccurate, narrative during this period. Empirical data do not support the view that government support has encouraged people to quit. In a recent column in The New York Times, Paul Krugman noted that states that refused additional federal benefits continued to have labor shortages at the same rate as other states. Workers are starting to take back power in labor relations that had been diminishing for many decades. In my view, there is some hope that the Great Resignation can lead to better employment conditions for all working people.

Millions of baby boomers are retiring and will retire in the coming years; how might this impact the current and future job market?

Retirements among baby boomers are in fact increasing and are responsible for some of the exits from the labor market. It is not clear how the predicted retirements of the large baby boomer population will affect the labor market in the coming years. For example, some of these losses in the job market may be mitigated by automation and artificial intelligence, which may be able to assume some of the tasks of retired workers.

How much of a factor is work-life balance in this current spate of job departures?  Does the opportunity to—or not to—work remotely play a role?

The pandemic has evoked a critical questioning of the role of work in people’s lives. Being forced to stay home (or, for many, forced to work in unsafe conditions) has underscored the reality that work has consumed an unbalanced role in our lives. Moving forward, work-life balance issues will remain in the forefront of policy debates and individual considerations about work.