A team of Lynch School of Education and Human Development faculty has been awarded a $1.4-million grant from the U.S. Department of Education’s Institute of Education Sciences to study a new approach for improving mathematical learning and achievement among low-income students. 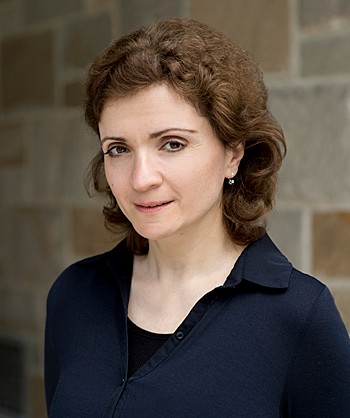 The project, funded exclusively through the IES grant, will include more than 550 first graders from urban public schools, said Laski.

“Mathematical proficiency in elementary school is one of the strongest predictors of academic outcomes as late as high school,” said Laski. “But as early as kindergarten, there are substantial gaps in math achievement between higher income and lower income students and these gaps only widen over time and continue to persist. Our aim is to target first graders at the beginning of their formal schooling in order to impact their learning over time.”

The central focus of the project is to examine whether materials that contain spatial cues—such as length—help students better grasp the magnitude of numbers and use that information when solving arithmetic problems.

“There has been a lot of research into the underlying connections between spatial and mathematical reasoning,” said Laski. “What we want to do is further explore this connection and, in particular, the possibility of capitalizing on it to improve students’ mathematical learning.”

Mathematical proficiency in elementary school is one of the strongest predictors of academic outcomes as late as high school. But as early as kindergarten, there are substantial gaps in math achievement between higher income and lower income students and these gaps only widen over time and continue to persist.

The team has developed different kinds of materials—some with spatial cues and some without—that can be used as manipulatives when solving arithmetic problems.  They will test the effectiveness of these materials for teaching students to solve arithmetic problems using either a retrieval or a decomposition strategy that involves breaking problems into easier ones. In the last stage of the study, the team will test the most effective method against a control group of students who receive business-as-usual mathematics lessons.

The team members have focused on many of these issues throughout their careers.

The study “is building on work that Elida, Beth, and I have done for years,” Vasilyeva said. “This is a timely project because there is a growing interest in the connection between spatial thinking and math learning, but what underlies that connection and how to harness it for improving math learning is still not well understood. It’s exciting to work on this project because it has clear implications for both psychological theory and educational practice.”