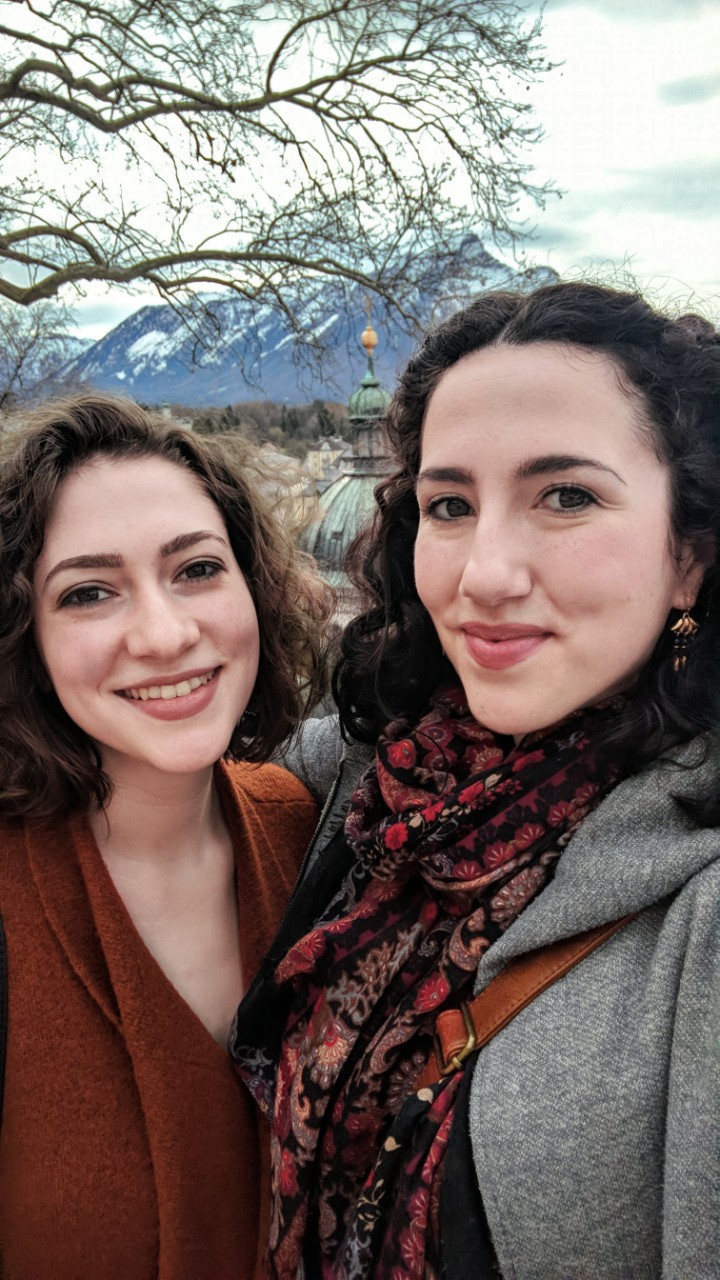 Lia, who received her degree May 20 in German Studies and theater, came to Boston College two years after Ava, a 2017 alumna who majored in German Studies and linguistics. And now, two years after Ava accepted a Fulbright Scholarship—which supports a year’s post-baccalaureate study abroad—to spend a year in Austria studying German medieval poetry and teaching, Lia also will trek to that Central European country under a Fulbright.

She is one of 13 BC students and alumni to have earned Fulbrights for 2018-19; another four have been designated as alternates.

Ava “was definitely an influence” in her decision to pursue a Fulbright in Austria, says Lia. The Fulbright program there offers more flexibility, she explains, including the option to renew the teaching portion of the scholarship and remain for another year—as Ava did—and freedom to choose the city where the Fulbright year takes place.

“I’ve visited Ava several times since she’s been in Austria and have gone to some of the classes she has taught,” says Lia, who will be in Vienna doing research on the socio-cultural implications of the waltz. “So I have some idea of what to expect and I can only hope to be as good a teacher, and as beloved by my students, as she is.”

“I love that the combined Fulbright grant in Austria gave me the opportunity not only to explore my academic interests, but to interact daily with local teachers and students through the teaching part of the program,” says Ava. “Fulbright was founded to promote cultural understanding between the US and the rest of the world, and I really feel like my two years here have contributed towards that goal through small personal interactions.

“When Lia decided she wanted to apply for a Fulbright, I encouraged her to pick a topic that interested her, and one she felt she hadn’t had enough opportunity to explore during college. But the real value of the grant lies in how it facilitates interaction and cultural exchange at the individual level, taking us beyond what we can acquire in the classroom.”