A Mass of Christian Burial will take place at St. Ignatius Church at 10:30 a.m. on Tuesday, June 14; visitation will precede the Mass beginning at 9:30 a.m.

Watch a livestream of the Mass. 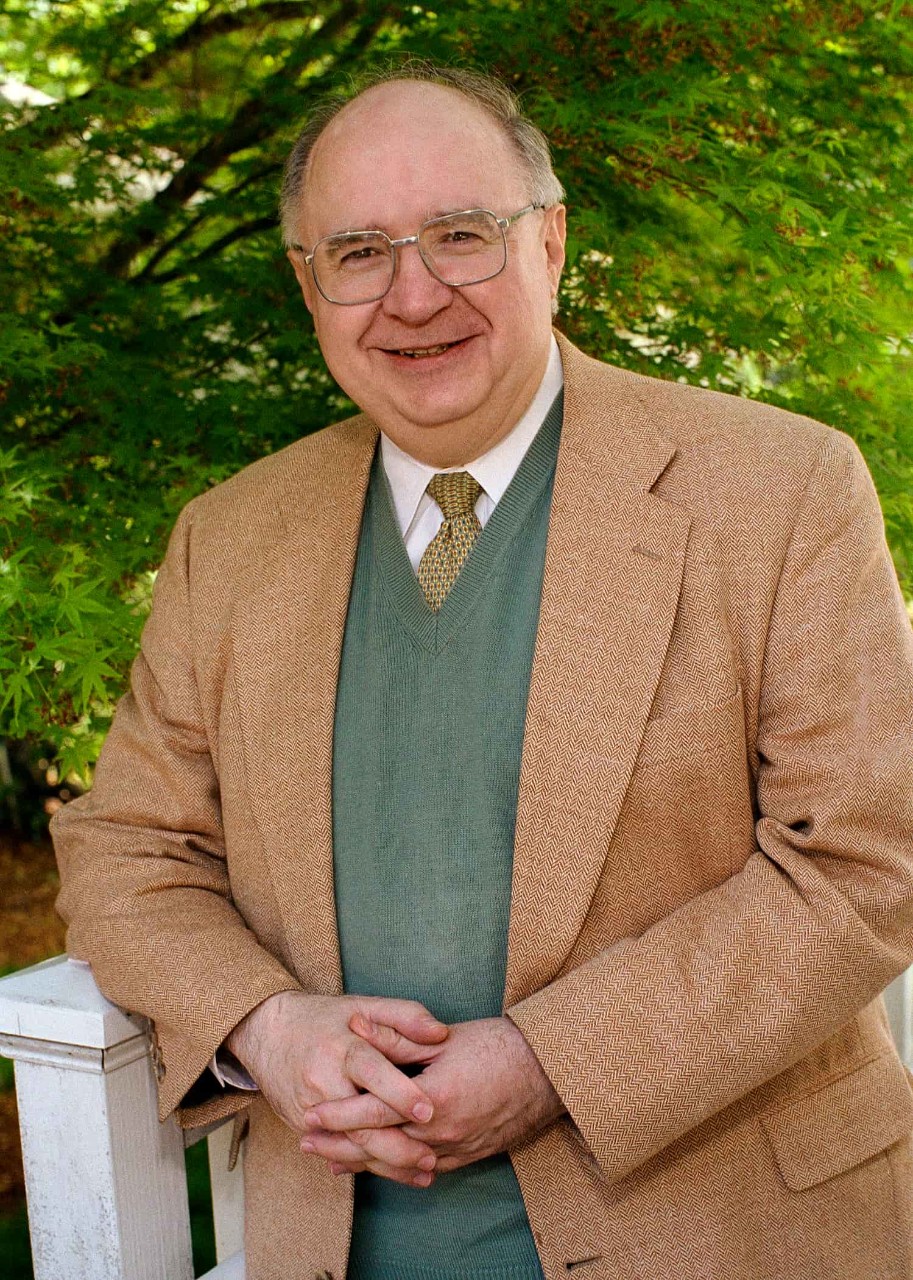 From 1993 to 2021, Fr. Himes was a professor of theology at BC, where his teaching, preaching, and ministry became integral to many aspects of the Boston College experience. For more than a decade, he was one of the first members of the University community to greet incoming freshmen and parents as keynote speaker at summer orientation sessions. His hour-length talk, “What Makes a Great University?”, was often met with a standing ovation by both students and parents.

Fr. Himes developed a vocational discernment framework called the “Key Three Questions” which has become woven into the fabric of reflection at Boston College.  The three questions: “What brings you joy? What are you good at? And who does the world need you to be?” also served as the foundation of many Boston College retreat programs, in particular, the Center for Student Formation’s “Halftime” retreat.

For many years, he preached at the weekly noon Mass on Wednesdays, filling St. Mary’s Chapel with students, faculty, and staff who sought his gifts as a homilist and remarkable ability to make the Gospel accessible from the pulpit.  In recognition of these gifts, he was invited to be the homilist at Boston College’s Sesquicentennial Anniversary Mass, celebrated at Fenway Park in front of a crowd of approximately 20,000.  His homily exhorted all Boston College educated students to “give away” the gift of receiving a BC education:

“The measure of the success of your education at Boston College is the measure to which people’s lives are richer, fuller, and more genuinely human because you did go to Boston College.”

Fr. Himes also delivered many well-attended public addresses during his time at Boston College, perhaps most notably as the inaugural speaker for the “Last Lecture Series” (2008) and as featured speaker at the Church in the 21st Century Center’s Agape Latte program, where he discussed family (2014) and hope (2016). 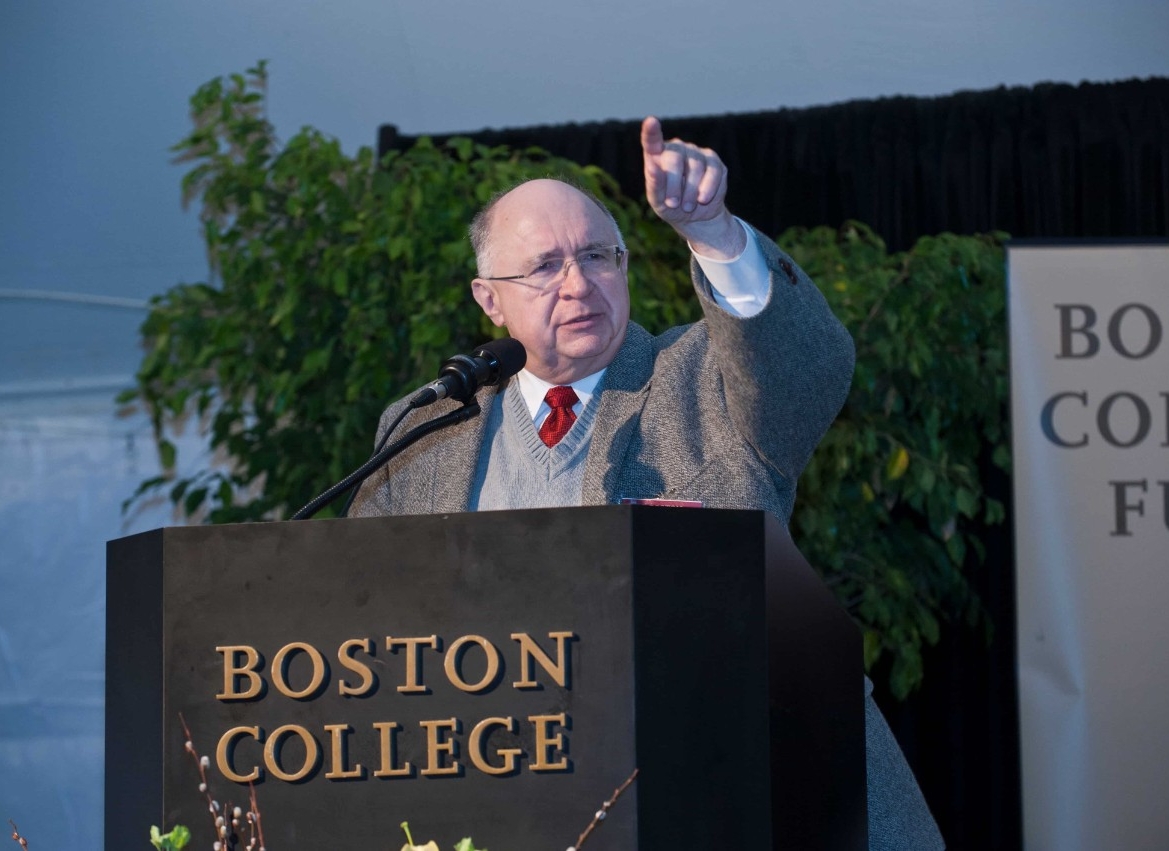 As a lecturer and professor of theology, Fr. Himes was known for his dynamic, animated lectures, quick wit, charitable sense of humor, and astounding ability to quote and synthesize great works of scholarship, all without notes.  He often said the key to being a great teacher is to “Love what you teach and to love who you teach,” and the immense popularity of his classes appeared to confirm the success of his approach, particularly his course, “The Problem of Belief in Modernity,” which scrutinized the most notable proponents and critics of faith to ultimately shape a foundation for responsible belief in Catholicism.

"Michael Himes was the model of a priest-professor who saw his teaching as central to his vocation," said Professor of Theology Stephen Pope. "Students were spellbound by his lectures and found in him someone who helped them come to see their own religious yearnings and spiritual aspirations in new and powerful ways."

In 2002, the BC chapter of Phi Beta Kappa selected him as Teacher of the Year.

In addition to courses co-taught with his dear friend and colleague, Michael J. Buckley, S.J. (the former faculty member and director of BC's Jesuit Institute who died in 2019), Fr. Himes regarded teaching alongside his beloved younger brother and fellow priest, BC Professor of Theology Kenneth Himes, O.F.M., as one of his life’s greatest blessings. Their offices were adjacent to one another in Stokes Hall, and they co-authored the book Fullness of Faith (1993), which explores the “public significance of theology” and was awarded the Catholic Press Association Book Award in 1994.

Fr. Himes' other notable publications include Doing the Truth in Love: Conversations about God, Relatieonships, and Service (1995), Ongoing Incarnation: Johann Adam Möhler and the Beginnings of Modern Ecclesiology (1997), and the book and video series The Mystery of Faith: An Introduction to Catholicism (2004). He received honorary degrees from St. Joseph’s College, Molloy College, Sacred Heart University, Felician College, and Holy Cross College of Notre Dame.

An avid reader and a scholar with many interests, Fr. Himes’ home was filled with an impressive collection of books and notable works across many disciplines.  According to his brother, Fr. Kenneth Himes, “Michael was a natural storyteller and public speaker. When we were growing up in Brooklyn, if it was a rainy day and we could not go outside to play, Michael would gather a bunch of us kids on the stairwell in our apartment building and amuse us with stories from Aesop, the Brothers Grimm, Walt Disney, or Arthurian legends. All his life he used that talent to entertain, to teach, to inspire others.”

Fr. Himes’ love for Boston College was well noted among members of the BC community.  When interviewed in 2021, shortly before his retirement, he shared this parting thought with the Boston College Chronicle in gratitude for his career on the Heights:

“Being a part of Boston College is not only a job or profession; it is a vocation.  It’s a lifelong project which one undertakes, not only for one’s self, but for all who will enter this ongoing conversation. At BC, we’re engaged in an ongoing conversation which enables us to come together as a community.  Central to Boston College is that it’s a place where people are giving themselves away to others, and in doing so, we become what is most valuable to say about being human.  We become the people who celebrate the reality of God—that God is pure and perfect self-gift. Boston College has given me rich frameworks and many opportunities to participate in conversation and for which I am profoundly grateful.”

Prior to his time at Boston College, Fr. Himes taught at the University of Notre Dame from 1987 to 1993 and served as Dean of the Seminary of Immaculate Conception in Huntington, New York from 1977 until 1987.  He held a Ph.D. in the history of Christianity from the University of Chicago, and was ordained a priest in the Diocese of Brooklyn, New York in May of 1972. A native of Brooklyn, he is survived by his brother, Kenneth, and sister,  Eileen, as well as his nephew, Andrew E. Moschner, and his wife, Lauren M. Moschner. He is predeceased by his parents, Robert M. Himes and Mary V. Himes, née Gill.