A visitation service will be held at 10 a.m. on Wednesday at the James H. Delaney & Son Funeral Home in Walpole, Mass.  A Mass of Christian Burial will follow at 11:30 a.m. at St. Jude Church in Norfolk, and interment will be at Mount Benedict Cemetery in West Roxbury. 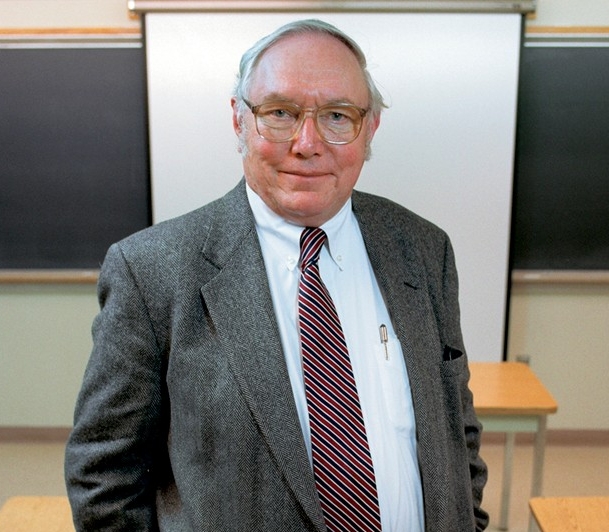 Dr. Beaton began his illustrious five-decade educational testing and teaching career as the managing director at Harvard University’s Littauer Statistical Laboratory in 1959 and an IBM Research Fellow after earning a bachelor of science degree in education from the State Teachers College at Boston and a master of education degree from Harvard University (he later received an Ed.D. from Harvard). While at the Educational Testing Service for 27 years, he held several senior research and data analytics positions at the world's largest private nonprofit educational testing and assessment organization.

After having taught at Boston College during 1960-1961, Dr. Beaton rejoined the faculty in 1990, and served as the director of CSTEEP for five years.  While Beaton headed CSTEEP, he directed a groundbreaking, six-year international research assessment of math and science curricula that evaluated student proficiency at three age levels. The project, known as the Third International Mathematics and Science Study (TIMSS), examined more than one million students from nearly 60 countries, including the United States, Russia, Japan, Hungary, Peru, Zimbabwe, and Korea, drawing considerable global interest from policy makers since the measurement of a country’s student achievement in mathematics and science is often considered a barometer for its potential economic status.

TIMSS was the largest global testing study ever undertaken, the most well-funded inquiry of its type, and served as a basis for reshaping math and science education worldwide.

In October of 2006, Henry Braun, then the newly-named Boisi Professor of Education and Public Policy and Education Research, presented the 13th annual Boisi Lecture on Testing and Educational Policy in honor of Dr. Beaton, an unprecedented individual tribute in the history of the series. Braun said he was honored to have the opportunity to celebrate the life and work of Dr. Beaton, who had first recruited Braun for the ETS—the start of Braun’s 27-year career in research administration.

“I say this not only because of my respect and affection for Al, but also because there is no one else who has had such an impact on my professional life than Al Beaton.”

At the same event, Joseph M. O’Keefe S.J., then the Lynch School dean, said the lecture offered a venue not only to hear praise from Dr. Beaton’s colleagues, but to consider the issues that he cared so much about: top-rate scholarship and the issues of meaning and purpose.

“Al, certainly in his published works and projects, is without parallel,” said Fr. O’Keefe, now the first provincial of the USA East Province of the Society of Jesus.

Braun, hearing of Dr. Beaton’s death, remarked that his influence was both typical and atypical.

"Al Beaton was a pioneering computer scientist, a respected applied statistician, and a successful administrative director. Equally important, he was a fine and generous human being who, over a nearly 50-year career, had a substantial impact on scores of individuals, including me. It was typical in that Al took an interest in my career, and perhaps also atypical, since he had a profound influence on the next 42 years of my life.

“It is with a profound sense of gratitude that I remember Al as a mentor, colleague and friend. He certainly has left the world a better place than he found it. God rest his soul.”

Dr. Beaton is survived by Joan, his wife of 63 years, and his son, Douglas.  He was predeceased by his son, Albert Beaton III.

In lieu of flowers, memorial donations can be made to the Home for Little Wanderers, 10 Guest Street, Boston, MA 02135, or at www.thehome.org.  Notes of condolence may be sent to 308 Main Street, Norfolk, MA 02056.