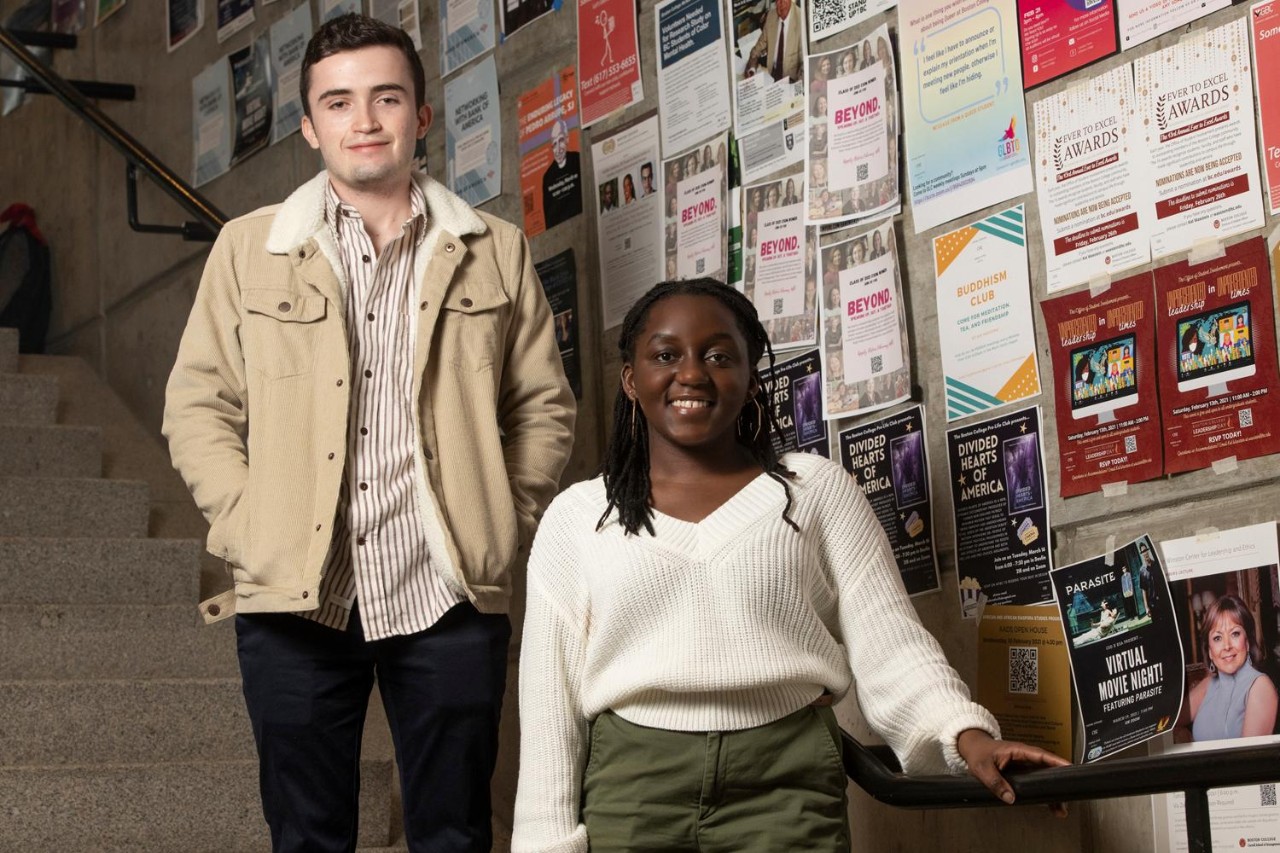 Lasting usually about 90 minutes apiece, the conversations are civil, generally friendly, participants say, though not without awkwardness or tension given the subject matter. Nobody argues that his or her view is the correct one, or that someone else’s is the wrong one. Nobody tries to insist he or she has a perfect solution to the problems under discussion. And one of the most important objectives of the conversations is that those involved truly listen—and listen to understand rather than just to respond—even though it may be uncomfortable to hear what’s being said.

Both speaking and listening takes a certain amount of fortitude, participants say, hence the name of this ongoing dialogue: Courageous Conversations Toward Racial Justice. 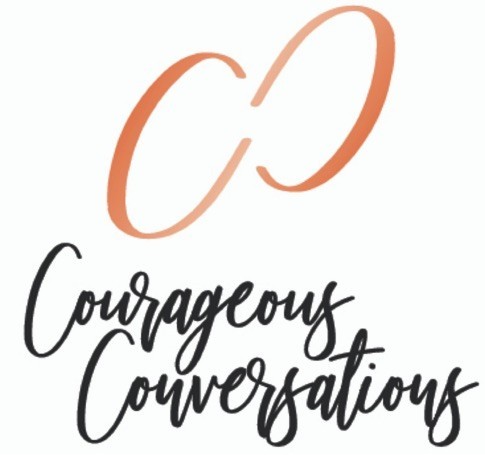 The BC program—a partnership between the Office of the Provost, Office for Institutional Diversity, Boston College Forum on Racial Justice in America, and Environmental Studies Program—is based on a protocol for interracial dialogue developed by author, consultant, and strategist Glenn E. Singleton and used as a model in various settings, from educational institutions to businesses to community groups. With a concise format and set of guidelines to follow, each “CC@BC” meeting—whether in person or, as has been the case during the pandemic, over Zoom—is constructed as a thoughtful exploration of a specific topic or theme: racial justice and COVID-19, the sensationalism of Black pain, the 2020 election, mass incarceration and racial inequality, and artistic achievements of BIPOC, among others.

“Courageous Conversations has taught me the importance of patience and listening,” said Gia Mitcham ’23, a communication major and marketing minor from Floral Park, NY. “I know that for myself and other students of color, it can be mentally taxing to consistently hear and talk about racism and colorism and discrimination—but education isn’t easy. And education and understanding are key to making significant change, even if it can be an unfair burden.”

Organizers emphasize that the CC@BC series aims to complement, not overshadow, other dialogues and initiatives on campus pertaining to racial justice. A key outcome, they note, is that each participant considers his or her individual role in addressing the challenges outlined during the session—an invitation not to change the world, just his or her small part​ of it. 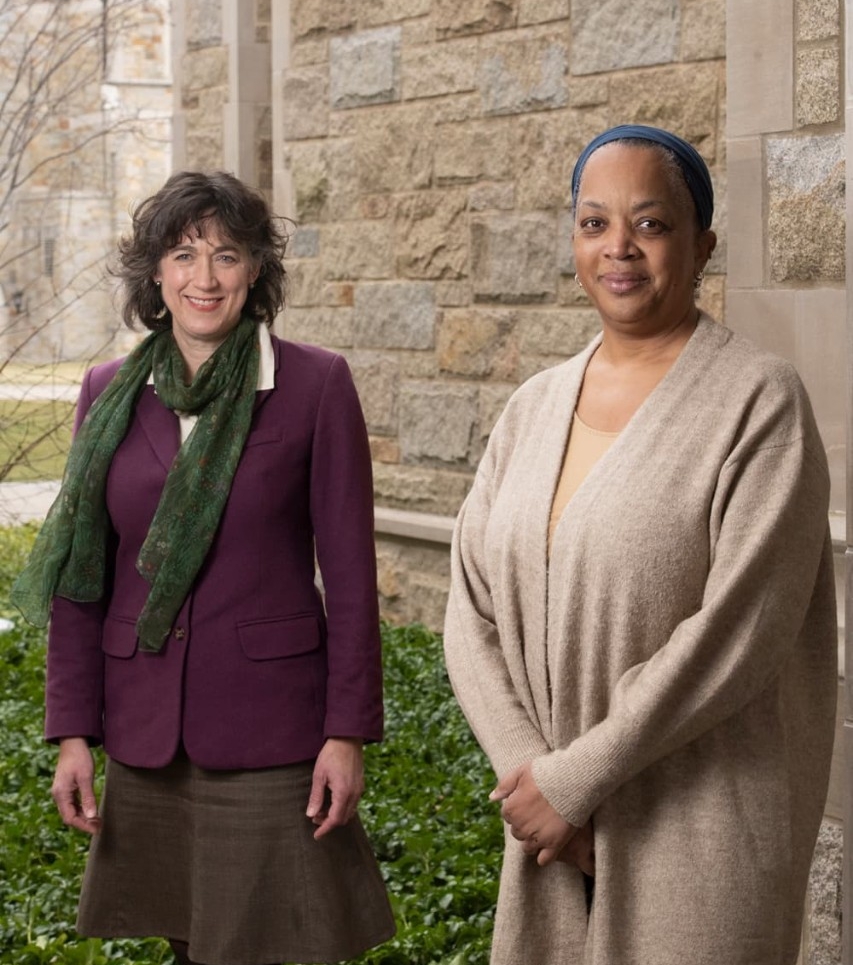 “The work of anti-racism is initially internal, and that’s what we keep the focus on,” said Vice Provost for Undergraduate Academic Affairs Akua Sarr. “Yes, it’s important to think and talk about institution-wide solutions, but that’s not the point of this group. The idea is to do that internal work and say, ‘I’m on the hiring committee for my department. Maybe now I’ll think about hiring differently.’ Or ‘I’m teaching this course, and I realize I don’t include very many authors of color, and I should change that.’ Or ‘My neighbors are Black, and I’ve never spoken with them.’ Or ‘We never talk about race at the dinner table; I should start having these kinds of discussions with my kids.’ You are the change.”

History Professor Conevery Bolton Valencius said CC@BC responds to a hunger among many people in the BC community to talk about race, not simply as a reaction to current events but as an ongoing dialogue—and to the desire among students of color to have their white peers face up to the challenge of having those conversations. “I’ve heard from many white students that they want to have those conversations, but feel they don’t have the vocabulary, and they’re afraid of saying something ‘wrong.’ What we need is to engage with each other and to have a space in which we can say, ‘Let’s talk about this really challenging stuff.’”

A meeting begins with group facilitators outlining the topic or theme for the evening (approximately two dozen faculty, staff, graduate, and undergraduate students receive training as facilitators). A facilitator introduces an “artifact,” such as a video clip, sound recording, or excerpt from a book or article, that serves as a starting point for the conversation. Participants then break into small groups for an in-depth discussion, typically with specific framing questions that encourage members to personally engage the subject, such as “Where do we fit into this situation? What can we do to rectify it?” Each small group is co-led by one person of color and one white person, including faculty, staff, and students.

The full group reconvenes to share impressions and observations, and facilitators suggest resources for further exploration and ask all to consider what kind of individual actions might make a difference in addressing issues related to that evening’s topic.

“The CC model is not a teach-in or a workshop,” said Tara Pisani Gareau, an associate professor of the practice in the Earth and Environmental Sciences Department, among those in the BC community whose grassroots efforts for campus discussions on race led to establishment of the CC program. “It’s about coming together on equal ground, and whether you’re an administrator, a faculty member, or a student doesn’t matter—there’s no hierarchy. Everyone is on a first-name basis.”

“I’m realizing how important conversations are. People will walk away with these challenges and these heart-to-heart moments, and hopefully will think about racial justice in ways they might not have before. There’s something positive in the air and in the spirit.”

There is a discipline involved in Courageous Conversations, participants note. Guidelines ask you to “disagree with ideas, not people,” not to “shame, blame, or attack,” and to respect confidentiality. One of the biggest challenges to the CC concept is to stay focused on the planned topic, and not simply react viscerally to troubling events on campus or elsewhere. Facilitators, however, may acknowledge these at the outset of the meeting or incorporate them into the discussion, if feasible; a facilitator at the March 31 session noted the start of the Derek Chauvin trial, which he said was likely to revive painful or traumatic narratives for Black people.

Salem, Ore., native Kudzai Kapurura ’23, who majors in economics with minors in French and African and African Diaspora Studies, came to BC experienced in community initiatives on race—including one through her state’s board of education—and was intrigued when she saw CC being offered as a placement through BC’s PULSE program.

She was not without qualms. As a Black female, she has often found it “exhausting” to continually describe for others the negative impact of racism on her. Moreover, as Sarr notes, Black people in interracial forums can feel as if it is their burden to “teach” and represent the wider Black community, instead of being viewed as individuals with their own unique stories and needs.

But Kapurura has enjoyed being part of the program. “I’m realizing how important conversations are. People will walk away with these challenges and these heart-to-heart moments, and hopefully will think about racial justice in ways they might not have before. There’s something positive in the air and in the spirit.”

Sadie Blanco ’21, a Santa Ana, Calif., native majoring in history with an International Studies minor, said that before Courageous Conversations she had felt “unsuccessful and exhausted in attempts to create effective and productive change on topics of racial justice. Now, we have the strength of people from all over BC and even outside of BC who want to talk about important issues that affect Black lives and communities in the U.S. I feel motivated and ready to continue racial justice advocacy and work when I leave BC.”

“The tone of Courageous Conversations isn’t centered around outrage,” said Nicholas Youngberg, a junior economics major from Austin, Tex., with minors in marketing and philosophy. “Outrage in the face of racial injustice is understandable, but sometimes it’s so overwhelming that it stifles dialogue. Courageous Conversations really is a conversation—there’s no pressure to say something revolutionary, or to be afraid that you might say something ‘wrong.’ If someone corrects you, you don’t take it personally; you’re there to learn.”

Youngberg and Kapurura—both of whom, along with Blanco, are CC facilitators—also applaud the presence of BC faculty and administrators in the discussions.

“It makes me feel heard and feel safe to know that someone like [Associate Vice President for Student Engagement and Formation] Tom Mogan is there,” said Kapurura. “There is certainly more work to be done, but it’s a step in the right direction to see and hear administrators at Courageous Conversations. They set the tone for how students perceive BC’s commitment to racial justice.”

For more information about the series, visit the Courageous Conversations Toward Racial Justice website.