Boston College has received an estimated $75 million gift from the estate of Joyce L. and E. Paul Robsham M. Ed. ’83—the largest estate gift in University history—which will provide funding for a range of core University priorities including student scholarships, academic programming, facilities improvements, and operation of the Robsham Theater Arts Center.

The gift builds upon the Robshams’ previous contributions to the Robsham Theater and other initiatives, placing the couple among the University’s most generous benefactors. Before Paul Robsham passed away in 2004, he stated his wish that BC be the major beneficiary of the couple’s estate.  After his death, Joyce Robsham worked closely with her advisors, the late University Chancellor J. Donald Monan, S.J., University President William P. Leahy, S.J., and other Boston College leaders to target the areas most meaningful to the couple, including psychology, theater, and student life. 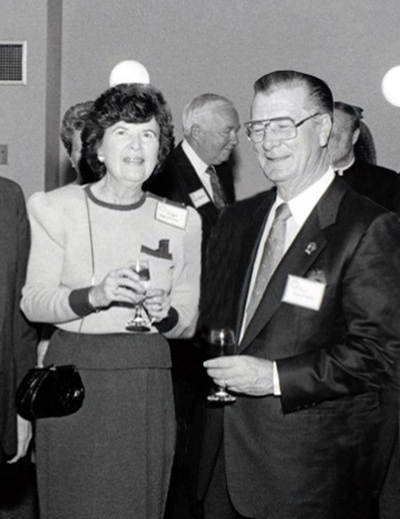 Joyce and E. Paul Robsham at a celebration marking the 10th anniversary of Robsham Theater in 1991.

A key priority for the Robshams was expanding financial aid, given their belief in the power of education to change lives. Their gift establishes new undergraduate scholarships for students studying the performing arts, as well as graduate fellowships for those pursuing counseling or school psychology. Combined with their previous scholarships, the Robshams now provide financial aid for nearly 25 BC students each year.

The Robshams’ gift also provides for major programming enhancements in psychology and theater, two disciplines that were close to Paul’s heart. Included are funds for ongoing operations, repair, and upkeep of the Robsham Theater, which was named in honor of their son E. Paul Robsham, Jr., a member of the Boston College class of 1986 who died in a car accident immediately following his freshman year.

In addition, the gift will fund vital training programs for both undergraduate and graduate students at the Lynch School of Education and Human Development.  For undergraduates, it will help support the expansion of the practicum experience into a required component of the applied psychology and human development program, which provides the opportunities to assist students in developing the skills they need to succeed professionally.

For graduate students, the Lynch School is creating a 60-credit program for those who aspire to serve as mental health counselors in urban settings. This program will provide students with the opportunity to train together, develop close peer relationships, and make a difference in the lives of Boston’s most vulnerable populations. By supporting future mental health counselors, the Robshams’ gift will have a positive ripple effect on the patients graduate students will help during their years at BC and throughout their careers. 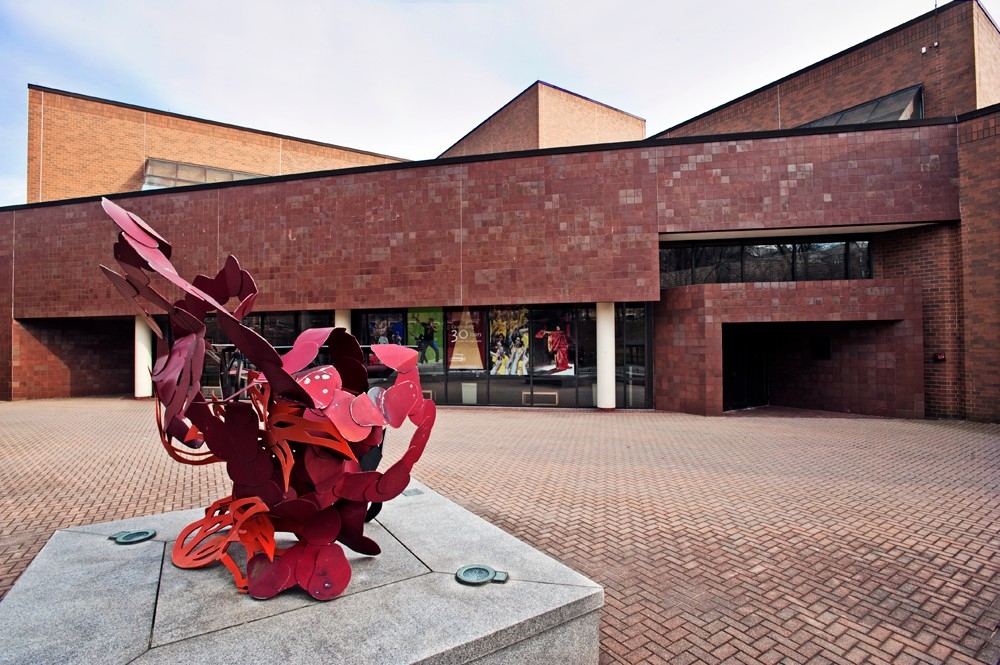 Fr. Leahy praised the Robsham gift for the transformational effect it will have on the University. “Paul and Joyce Robsham have left a lasting legacy at Boston College,” he said. “I am grateful for their generosity over the years and its impact on generations of BC students.”

Robsham Estate Trustee Jack Downs said that through their support of student life, financial aid, the arts, and academics, the Robshams’ legacy will live on for generations. “Whatever assistance they could provide, they wanted to make sure it made the biggest impact possible for BC students,” said Downs. “As we see their vision come to fruition, I know they would be deeply satisfied.”

“Joyce in particular wanted to fulfill Paul’s vision and to enrich the lives of students like him,” said Patricia Davis, a longtime friend and employee of the Robshams who was named as the estate’s co-trustee after Joyce’s death in 2018.

High school sweethearts, the Robshams rose from humble beginnings to become prominent business owners. Paul was a successful real estate developer, and Joyce was one of the top owners in thoroughbred racing. Paul had originally enrolled in a graduate program in the early 1950s at what is now the Lynch School, but his education was cut short when he was called to serve in the Korean War. Thirty years later, he returned to Boston College to complete his master’s degree and became an active alumnus, serving multiple terms as a University Trustee and growing close to then-University President J. Donald Monan, S.J.

“Paul and Joyce were true believers in the Boston College mission—they cared deeply for BC students and always kept their needs uppermost in their minds,” said Vice President for University Advancement Jim Husson. “Through their visionary gift, they will not only improve the student experience but also strengthen the University for years to come.”