It's a record year for applications to BC's Class of 2025, but administrators emphasize quality, diversity over numbers

It’s a big story at first glance: Boston College set a new all-time school record this year for undergraduate applications—just under 40,000—in the midst of a pandemic that has created widespread economic and social distress.

Director of Undergraduate Admission Grant Gosselin, however, says the story is less about establishing new, glitzy benchmarks and more about adhering to big-picture, long-term institutional goals that are the hallmark of a selective national university. 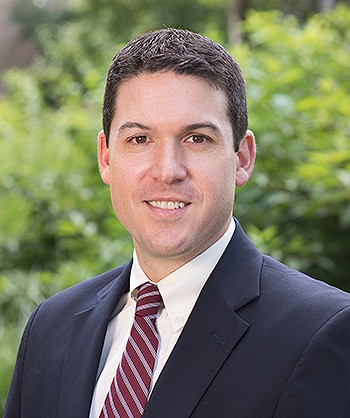 “This level of interest in BC is certainly good news for any university or college, especially at a time like this,” said Gosselin of the 39,877 applications that BC received for the Class of 2025, representing a 36 percent increase over last year. “But we have always measured our success by the quality and make-up of our applicant pool, as opposed to its size. Those of us who work in admission and enrollment management at BC feel validated that the decisions we’ve made in recent years have proven to be the right ones, and will continue to help the University meet its objectives.”

One of the University’s most significant admissions-related decisions came in late 2019, when BC introduced an Early Decision program to meet the growing preference of most high school students and enroll more “best-fit” applicants for whom BC was a first choice. ED offers include two opportunities for early applications: Through ED I, high-achieving high school students who view Boston College as their top choice can apply by November 1 for a decision notification by December 15; ED II features a January 1 application deadline with a decision notification by February 15.

At the time, Gosselin expected a decline in overall applications as a result of the departure from Early Action, and that’s what happened. Applications dropped from 35,500—the previous high-water mark—to 29,000 in 2020. But, also as he predicted, the statistics from the Class of 2024 showed an improved yield and selectivity among the applicants, which pointed to an undergraduate student body that was not only academically excellent but becoming more diverse.

“Many universities simply focus on building a large applicant pool as a gauge of their success. That’s actually easy to do,” said Gosselin. “But that has never been our strategy. Building a strong, robust pipeline of students who are the ‘best-fit’ candidates for an institution takes a lot more careful planning and execution. We have put a lot of time and energy into doing the latter, and the results speak for themselves.”

Like most higher education institutions, BC made another critical admissions-related move this past year: With the pandemic causing havoc for standardized testing programs, the University went test-optional, announcing that high school students unable or electing not to submit standardized test results would not be disadvantaged in BC’s selection process.

In this case, Gosselin and his colleagues knew they were likely to see an increase in applications. “Despite the challenges associated with a larger applicant pool,” Gosselin said, “adopting a test-optional policy this year was simply the right thing to do.”  Gosselin noted that this year’s ED pool also grew in size, as well as quality and diversity. Approximately half of the Class of 2025 will come from ED, and half from Regular Decision.

Due to continued concerns for student safety and an uncertain testing landscape related to COVID-19, the University has announced that BC will continue its test-optional policy for 2021-2022.

This level of interest in BC is certainly good news for any university or college, especially at a time like this. But we have always measured our success by the quality and make-up of our applicant pool, as opposed to its size.

Yet another area of focus in this year’s admissions cycle, according to Gosselin, was the impact of COVID-19 on underrepresented and underserved populations. In November, early results from the Common Application—an undergraduate college admission application that can be used for more than 900 colleges and universities across the United States—showed a 16 percent decline in applications from low-income and AHANA students over 2019-2020, he said. Even with a considerable rebound later in the year and into January, applications from these populations are still down by three percent, nationally.

But the BC applicant pool contains a similar proportion of AHANA candidates as last year, so concerns that the pandemic might hamper the University’s efforts at increasing the diversity of its undergraduate student body “have not been realized,” said Gosselin.

Fortuitously, late in 2019, BC had accepted an invitation to join QuestBridge, a highly respected non-profit that helps high-achieving, low-income students gain admission and scholarships to top-ranked colleges and universities. The rewards were evident this year, Gosselin said, with more than 2,000 applications received through the QuestBridge network: During the ED round, BC matched with 50 low-income students from 19 states around the country, and additional students will be considered during RD.

The high number of RD hopefuls this year—36,600—poses a challenge for the BC Admission staff, which will be reviewing this extraordinary amount of applications within a fairly short time-frame, said Gosselin. It also will result in what he calls “unprecedented selectivity” for RD.

Which is why BC has long resisted turning undergraduate applications into promotional and recruitment tools for future classes, he said.

“Larger applicant pools at the nation’s most selective universities will lead to lower admit rates, and the unfortunate reality that we will be forced to disappoint thousands more students in April,” said Gosselin. “For those of us on the Admission staff, this is the most difficult aspect of working in highly selective admission. We have a responsibility to refrain from feeding the admission application frenzy and, instead, focus our efforts on carefully counseling potential applicants on the value of a Boston College education.”