Why is this man smiling?

With his HBO comedy special "The Great Depresh" and a new book deal, Gary Gulman ’93 is on fire

Gary Gulman ’93 leaned forward and began speaking into the recorder. He’d read enough lousy celebrity profiles to know exactly how they’re supposed to begin. “This,” he declared, “is your first paragraph: Gulman sipped on an iced venti Americano in a personal cup. We were in a bookstore and he wore a Boston College hoodie and a schlubby hat that covered his unkempt hair.” 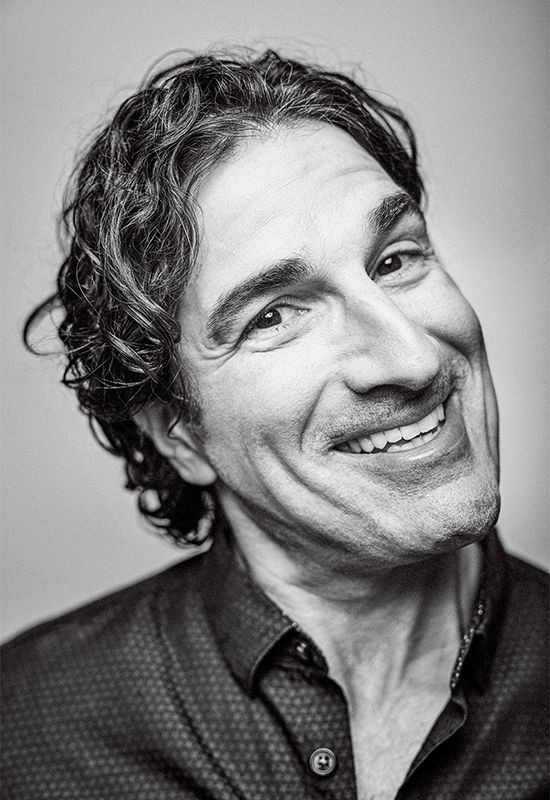 All of this was true, actually. Lousy celebrity profiles do start this way, and Gulman, whose recent HBO comedy special The Great Depresh has trans-formed him, at last, into one of those decades-in-the-making overnight sensations, was indeed wearing a maroon BC hoodie and an odd mesh hat. It was January and we were talking in a Barnes & Noble in Burlington, Massachusetts, a location picked by Gulman because it was halfway, more or less, between the BC campus and Peabody, where he was spending the night with his mother.

He likes to stay there when he’s in town for shows. There’s a lot of love, he said, even though—as anyone who’s seen the HBO special can tell you—their relationship is “complicated.”

When I became editor of this magazine, I couldn’t wait to introduce Gulman to the members of the BC community who’d yet to discover his comedy. A little more than a year later, an introduction is no longer necessary. The Great Depresh, which powerfully—and hilariously—details Gulman’s lifelong struggle with acute depression, has been a critical triumph and, more gratifying to Gulman, has been celebrated by many of the comics he admires. He’d spent the week prior to our meeting in Los Angeles, negotiating with Hollywood executives who want to do a movie, and he had just signed a deal for his first book. Gulman, it’s fair to say, is red hot.

That’s about the last thing he expected to be three years ago. At that point, his depression had become so severe that he’d moved back in with his mother. Gulman was more than two decades into an enviable career as a professional comic, with multiple specials and late-night TV appearances to his credit, yet just getting out of bed suddenly qualified as a successful day.

Gulman’s battles with depression go back to childhood, and may be hereditary. “My father was actually born in a mental institution,” he said. “It was like a family secret. I didn’t find out until my twenties.” His paternal grandmother, meanwhile, had bipolar disease, and then there was this other family member—“I don’t know if he would be considered depressed,” Gulman deadpanned. “He was more criminal. He dealt in stolen merchandise, stereos and TVs.”

Growing up in Peabody, Gulman was big and athletic, but he preferred to read, draw, and play with stuffed animals. Sports were fun, but he dreaded the accompanying macho culture. Still, the high school football coach convinced him to join the team. At 6-foot-6 and more than 250 pounds, he was so dominant that BC offered him a football scholarship. When Gulman attended his first Eagles practice, however, he discovered that his teammates were even bigger and stronger than he was, and they didn’t keep a secret blankie in their dorm rooms. “I snuck it around,” Gulman said of the security blanket that he still has. “I kept it hidden.”

So Gulman never made it as a football player, but his brush with the team proved pivotal. Through it, he began seeing the BC therapist Thomas McGuinness. “Therapy was a revelation,” Gulman said. “If I had only been able to go one time, it would’ve changed me. But I saw him every week for four years. Then I went to him privately for another year or two after graduation.”

Gulman started writing comedy when he was a sophomore. He had plenty of success through the years—he was a two-time finalist on the Last Comic Standing reality show—but he continued to struggle with depression. In The Great Depresh, he describes an all-but-unbearable despair that culminated with the move back into his mother’s house. Eventually, he checked into a mental-health facility where he received electroconvulsive therapy, which he credits with helping to turn his life around. He still sees his therapist and takes his meds. “I am consistently healthy for the first since October of 2017,” he said. “It’s the longest stretch I’ve had in my adult life.”

Gulman continues to kill it with audiences, but these days he’s also making a concerted effort to help everyone from aspiring comics to people living with agonizing mental illness. He tweeted out a different comedy tip for each day of 2019, for instance, and makes a point after each performance to meet fans who want to say hello. Many of them, he said, are really struggling. “I forget which religion talks about this, but you save one life, you save the world,” he said. “And I feel like maybe this can help save more than one life. So I feel really, really grateful for that.”

I’ve heard people advise comedians “Stay in your lane!” Solid advice, if your aim is to stagnate and not challenge your limits. If you want to evolve as an artist and human then ignore that nonsense. Try. Fail. Try again. Grow.