From 'The King of Staten Island' to 'Jimmy Kimmel Live!,' Fleabag alum Lou Wilson ’14 is crafting the career he always wanted

Lou Wilson '14 (back row, second from left) with fellow members of My Mother's Fleabag.

For Lou Wilson ’14, auditioning for The King of Staten Island was both a career highlight and a moment of abject terror. Walking into a room with director Judd Apatow and Saturday Night Live star Pete Davidson, upon whom the film is based, was enough to send the young actor’s nerves into overdrive.

“It was the scariest moment of my life,” Wilson said. “I went into that weird, primal space where things were just coming out of my mouth. And then the crazy thing is that it happened and I didn't hear from anyone for almost two months, so I just went off and lived my life.”

When his agent called to tell him he had been cast, Wilson nearly passed out in surprise, then called his mother to celebrate. (She didn’t pick up.) Two weeks later, he was on a plane to New York. 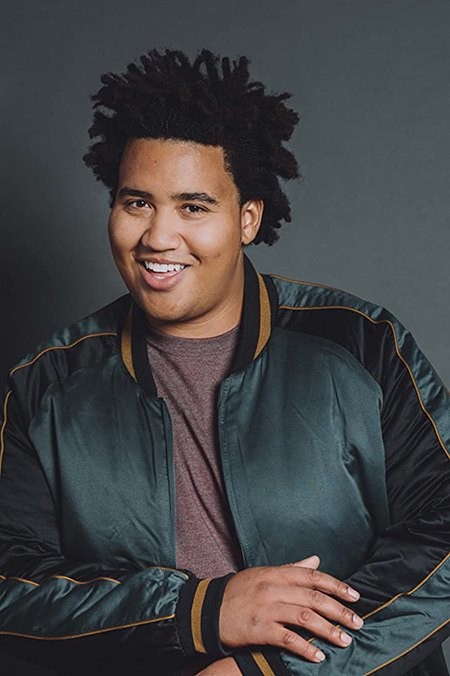 Landing a part in one of the summer’s most anticipated films was a career-changing moment for Wilson, who did improv in high school and performed with the comedy troupe My Mother’s Fleabag at Boston College. After graduation, he moved to Los Angeles to pursue a career in comedy, taking classes and performing at the Upright Citizens Brigade Theatre, a venue co-founded by Amy Poehler ’93 and known for producing some of the industry’s top comedians. He appeared on a handful of television shows, including Netflix’s American Vandal, and scored bit parts as a security guard in Will Arnett’s Show Dogs (“The wild talking dog movie”) and as “AA member #2” in Don't Worry, He Won't Get Far on Foot, starring Joaquin Phoenix and Jonah Hill.

In Staten Island, Wilson plays Richie, a member of the fictionalized Davidson’s hometown crew. In the film, the group of 20-somethings spend most of their time hanging out together—seemingly for lack of anything better to do—and most scenes find them in the basement, playing video games, engaging in steady back-and-forth on a variety of eccentric topics: is a tattoo parlor/restaurant a viable business idea? Is Igor’s girlfriend real?

Wilson prepared for the role by working with a dialect coach, but he knew that the authenticity of the scenes hinged on developing a chemistry with his fellow actors, most of whom he’d never met.

“I remember I had so much anticipation and anxiety around how it would go, and then we started working and it was so fluid and so easy and so fun,” he recalled. “We all got to know each other and became good friends.”

One of the group’s most memorable scenes involves a botched robbery at a local pharmacy, which leads to a physical confrontation with the store owner and eventually Ritchie’s arrest. It was Wilson’s first action scene, and Apatow warned him it would feel realistic, especially since it was shot at night, on location.

“It was intense—there’s a gun with blanks that goes off, and when the glass shatters, they actually shatter glass,” said Wilson. “As a comedian, it was unlike anything I’d ever shot before.”

The scene also turned out to be his most physical.

“Because of how it was shot, I actually had to take a few punches because the stunt double couldn't really get in there,” he said. “In general, I’m not a big fan of getting punched in the face, but at work it's kind of fun.” 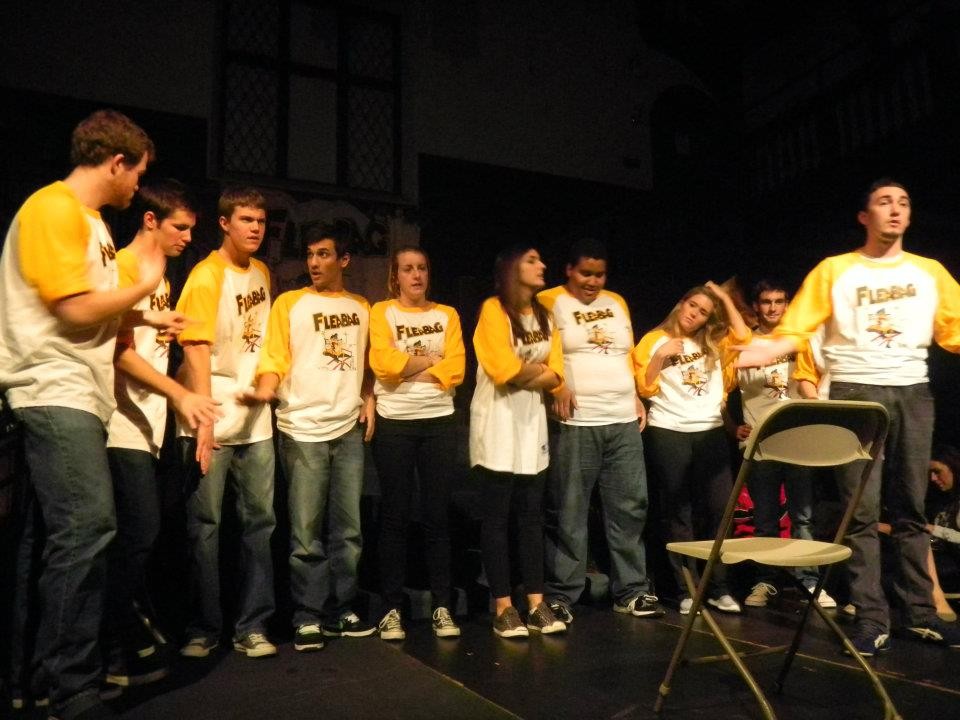 Lou Wilson '14 (fourth from right) with the Fleabag cast.

Before BC, Wilson couldn't envision a career where making people laugh and getting punched on camera was part of the job description. Instead, he pictured himself using his creativity in advertising or public relations—industries that required a college degree. It wasn’t until he joined Fleabag, with its roster of impressive alumni like Poehler and Cameron Esposito ’04, that he began to consider comedy as a serious pursuit.

“The caliber and seriousness with which we held ourselves just created this feeling in me that this was a real skill, not just a hobby,” he said. “Fleabag helped me realize that I could make a life of this.”

Since filming for Staten Island wrapped last year, the coronavirus pandemic has put a temporary hold on nearly everything related to acting and producing movies. This summer, when it became clear that most theaters would be closed indefinitely, the film was released as an on-demand video, and Wilson has been taking promotional calls from his living room. “It honestly felt exactly how Richie would do press,” he joked.

With acting roles nonexistent, Wilson has returned his attention to writing, joining the popular late-night show Jimmy Kimmel Live! From the writers’ room, he hopes to continue doing what he does best: building community through comedy.

“Laughter builds bonds between people in such a simple and easy way,” he said. “It’s not only been the driving force of my career, but it's also how I’ve built a community around myself that makes me comfortable and makes me thrive.”