American stage and screen actor and Boston College alumnus Bryce Pinkham—widely known for originating the role of Monty Navarro in the Tony-winning production of A Gentleman's Guide to Love and Murder, for which he was nominated for Tony, Grammy, and Drama Desk awards—will return to Boston College as the Monan Professor in Theatre Arts for the spring 2023 semester. 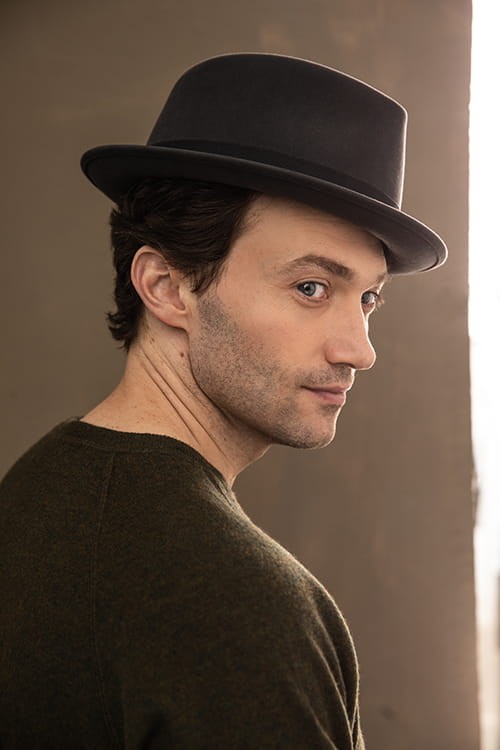 Pinkham, who graduated in a 2005 with a bachelor’s degree in communication and theater, notably appeared in the Broadway revival of The Heidi Chronicles as Peter Patrone, for which he was nominated for an Outer Critics Circle Award and a Drama League Award for Distinguished Performance. His other Broadway credits include original roles in Holiday Inn, The Great Society, Ghost, Bloody Bloody Andrew Jackson, and the upcoming Ohio State Murders with actress Audra McDonald.

“We are extraordinarily lucky to have Bryce Pinkham as our Monan Professor this spring,” said Theatre Department Chair and Associate Professor of the Practice Luke Jorgensen. “Bryce attended the Yale School of Drama for his M.F.A. after BC and has gone on to perform on Broadway in countless plays and musicals,” he said, as well as in television and film roles.

At BC, he will direct a production of Candide, in which he performed as a student the last time it was staged on campus, Jorgensen added. “Bryce is not only a musical theater performer and an actor, but is also an expert in physical comedy and how to cope with actor stress and anxiety, something he spoke about during last year's Lowell Humanities series.”

He will teach a class titled “Reckless Creativity and The Physical Actor," as well as workshops in musical theater performance, physical theater, and creativity.

In addition to his professional stage accomplishments, Pinkham has impressive on-screen credits. A series regular in the Civil War drama Mercy Street, he also has had guest appearances in HBO's Julia, Baz Luhrmann's Netflix series The Get Down, Robert DeNiro's feature film The Comedian, as well as The Good Wife (CBS), Proven Innocent (FOX), Person of Interest (CBS), Blindspot, and The Blacklist (both NBC).

As a singer he has performed in premier concert venues across the country, notably Carnegie Hall, The Chicago Lyric Opera, Lincoln Center, and The Library of Congress. And as a writer, he has published articles in American Theater Magazine and Yale Alumni Magazine.

In 2012 Pinkham helped found Zara Aina, a nonprofit that uses theatrical storytelling to empower under-resourced youth. The following year, he led a team of American artists on its pilot program in Madagascar.  As a frequent collaborator with Outside the Wire, a social-impact theater company that serves many communities with a particular focus on military audiences, he has done international tours in Guantanamo Bay, Japan, Kuwait, and Qatar.

From the Yale School of Drama—where he earned a master’s degree in acting and bio-writing, Pinkham was awarded the Leonore Annenberg Foundation Early Career Fellowship in 2012.