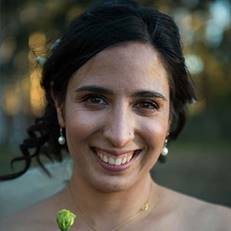 Geetanjali has been a teacher for eight years, and recently started a PhD in Theology. She earned her Bachelor’s of Arts and Science from University of Western Australia in Classical Greek, Philosophy, Physics and Pure Mathematics (2011) with first class honors in Philosophy and Classical Greek. The thesis was in applied ethics, on the definition of torture. There was a central focus on Aristotle’s theory of justice from the Nichomachean Ethics and original translations of this text were used. Geetanjali received a graduate diploma in Secondary Education in 2014. She received a Master’s in Professional Studies in Theology from Australian Catholic University in 2020. She is passionate about her faith, education, and has recently discovered growing vegetables. She is a member of her local Parish Pastoral Council, St Anthony of Padua, Wanniassa, Australia. She is interested in Theological Anthropology, especially personhood and associated problems; Hermeneutics; interpreting Ancient World and associated Philosophical and Cultural traditions in a modern light. She is currently working on a PhD which is investigating and challenging the cultural assumptionsaround suffering in Physician Assisted Suicide and Euthanasia laws.