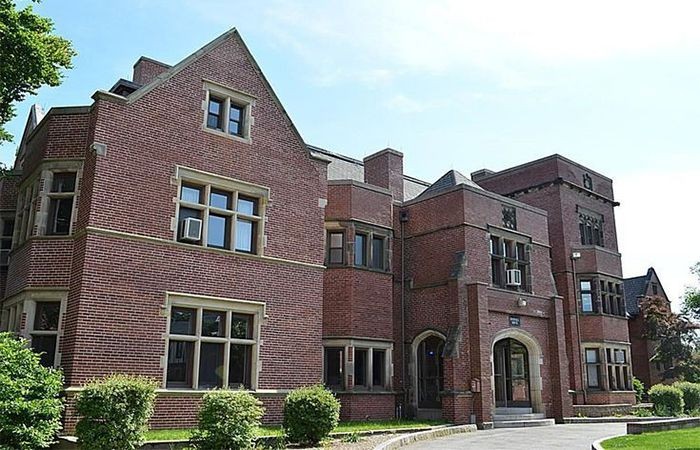 It may be four people playing pool or a friendly ping-pong rivalry upstairs in the game room. It could be the surround sound blasting from a movie on the brand new big screen TV. Maybe it's someone practicing on the piano. It could even be a special event where everyone is welcome! Whatever it is, you know that if it is happening at BC then it's happening in O'Connell House.

Don't get fooled though, if you are looking for a serious night of academia, sit back and relax in one of our comfy leather couches. Grab your books and head to the solarium for a new and more relaxed atmosphere right next to your residence hall. Grab a free movie in the office and watch it on the big screen while lounging on our huge leather couches. Or take it back to your room for a couple of nights (there are over 500 newly released DVDs to choose from!). It's a little bit of the academic atmosphere of Bapst and some good ol' rec room fun all rolled into one.

“Open every night at 8 p.m., the O'Connell House has something that will tickle any student's fancy. A visit to each of the rooms in the house leads to something different.” 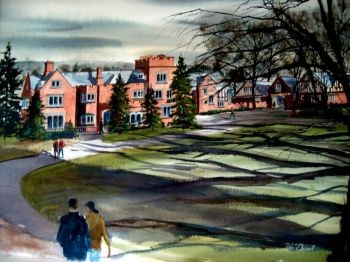 O'Connell House is one of the only Welch-inspired pieces of architecture in the United States. It was constructed at the turn of the 20th century for approximately $300,000 when all of Upper Campus was part of the estate of the former drugstore baron Louis K. Ligett. The mansion resembled a royal palace at the time, filled with lavish furnishings and surrounded by fragrant gardens and beautiful fountains.

The house was later donated to Boston's Cardinal O'Connell who used the house as his official residence and spiritual haven. After his death in 1937, the Church donated O'Connell House and the estate to the growing Boston College.

Since then, O'Connell House has served as a Jesuit residence, the birthplace of the School of Management, a James Cagney movie set, classroom facility, and a football residence hall. In the early 1970s, space constraints prompted a strong movement to tear down the house. However, students fought to save O'Connell and the mansion survived. The original plans for demolition were transformed into a one million-dollar renovation. Since the fall of 1972, it has served the Boston College community as the home of the official student union in addition to providing office space for the Office of First Year Experience and the Alcohol and Drug Education Program.

O'Connell House seeks to entertain, educate, and facilitate all Boston College students through events such as Middlemarch, the Breaking the Barriers Ball, and Harvest Night. It's the home of monthly (sometimes even weekly!) events such as live bands, comedy shows, student talent nights, lectures, and much more.

The game room is located on the second floor and includes ping-pong tables, a pool table, foosball, and darts. It's a great place to take a study break, hang out on the weekend, meet new friends, and just hang out. 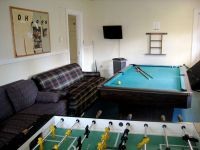 The study rooms are great places to go to get out of your busy residence hall and actually get some homework done. There are plenty of tables and chairs so there is no excuse to put off that reading any longer! Not to mention, they are a great place to go when you just have to get away from your roommate. 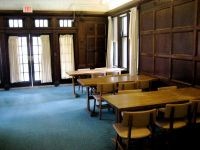 The music room is perfect for any budding musicians—or those who just enjoy listening to great music! Feel free to play the grand piano whether you're a professional or just want to learn. It is also a great place to bring any other instrument you play. Close the doors and have a little privacy so that no one can hear you or leave them open and show off for the house. Whatever you do, make sure to make music. 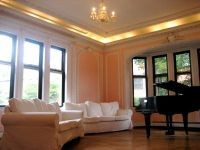 Located at the back of the O'Connell house, the dance studio (dubbed "The Club" by a small sign on the enterance) hosts dance classes and is the practicing space for many of BC's top preforming arts groups. Though the room is usually booked by a class or a student group, the space is available for students to practice their dance moves when it is not already being used. 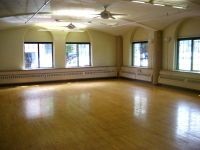 The house has many locations thoughout that are perfect for a club, residence hall, or academic meeting. If you're looking for a place to host your next meeting, the OCH is the place to do it! 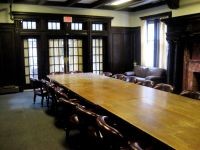 This is the main room when you first step in the front entrance of the house. This space ususally hosts a variety of events from dances to sketch comedy preformances to the dance floor for the beloved BC tradition, Middlemarch. 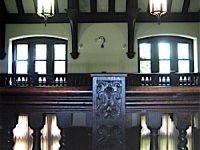