As societies around the world shut down in an effort to slow the COVID-19 pandemic, the decrease in human activity resulted in a seismically quieter Earth, according to a new report co-authored by Associate Professor of Earth and Environmental Sciences Alan Kafka.

Data collected from more than 300 seismic stations—including two on the Boston College campus—showed a reduction of up to 50 percent in “seismic noise” in early- to mid-2020, according to a report in the online edition of the journal Science by Kafka and more than 70 international colleagues.

“This unprecedented time has offered a unique scientific opportunity to look at changes in seismological activity we produce as a human society,” said Kafka, who also directs the University’s Weston Observatory. “As a seismologist, this is really cool. But I and my colleagues are aware that behind this story is the human toll the pandemic has taken.” 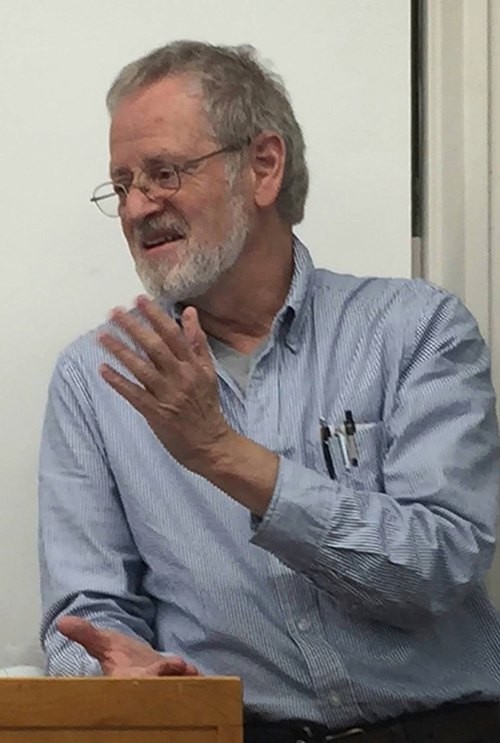 Kafka contributed data from monitoring stations in Devlin Hall, Conte Forum, and the observatory. His data showed up to 50 percent reduction in Greater Boston’s seismic noise—matching the international decline.

The 2020 seismic noise quiet period is the longest and most prominent global anthropogenic seismic noise reduction on record, the team reported in the article “Global quieting of high-frequency seismic noise due to COVID-19 pandemic lockdown measures.”

The environmental effects of the pandemic lockdowns are wide and varied, including reduced emissions in the atmosphere and reduced traffic and noise pollution impacting wildlife. This period of time has been coined “anthropause”. This new study is the first global study of the impact of the anthropause on the solid Earth as seen by measurements of seismic vibrations.

So distinct was the data that they show a “wave” of reduced seismic signals sweeping through China, then to Italy, and then around the rest of the world, the team reports.

The seismic analysis of the lockdown shows the total effect of physical/social distancing measures, reduced economic and industrial activity, and drops in tourism and travel.

The study was launched after the lead author, Thomas Lecocq, of the Royal Observatory of Belgium, decided that the best way to tackle the problem of analyzing data from all around the globe was to share his method with the seismological community. This started a unique collaboration involving 76 authors from 66 institutions in 27 countries. The study’s lead authors are based in Belgium, the United Kingdom, New Zealand, and Mexico.

Seismometers are sensitive scientific instruments that record vibrations travelling through the ground—known as seismic waves. Traditionally, seismology focuses on measuring seismic waves generated by earthquakes. Seismic records from natural sources however are contaminated by high-frequency vibrations—or “buzz”—from humans at the surface as they walk, drive cars, and ride trains that all create unique seismic signatures in the subsurface. Heavy industry and construction work also generate seismic waves that are recorded on seismometers.

Boston Globe: Even the Earth went quiet during the coronavirus lockdowns

“As a seismologist, this is really cool. But I and my colleagues are aware that behind this story is the human toll the pandemic has taken.”

There are many thousands of seismic monitoring stations around the world, and it took a team effort to download, process, and analyze the many terabytes of data available. Data came from high-end seismic monitoring networks, as well as citizen seismic sensors which individuals and schools have installed, sharing data to a global community.

“It is seismologically interesting that it is happening and analyzing it is interesting,” Kafka said. “We can look at earth motions in greater detail because the background noise has gone away for at least a couple of months. It is culturally quieter, so what can we see seismologically?”

He said the paper is likely the first of many to see what can be learned from this unusual period. A range of questions have emerged among his colleagues, such as whether analysis of this reduced seismic noise can contribute to the effectiveness of monitoring the pandemic.

“It will be interesting to see to what extent we may have discovered a new tool that can contribute to public health data and decision making,” said Kafka. “I expect that will be one of many questions we seek to answer.”