If it’s an election year, BC political scientist Kay Schlozman is giving students a comprehensive look at the electoral process

This semester—as she has almost every national election year, presidential or mid-term, since she arrived at Boston College in 1974—Moakley Professor of Political Science Kay L. Schlozman is giving undergraduates a nuts-and-bolts, top-to-bottom grounding in the American electoral process through her Parties and Elections in America class.

Not surprisingly, they’ve had a lot to keep up with this particular election year, given the almost non-stop torrent of events, controversies, and memes that have characterized Campaign 2020—including COVID-19, anti-racism protests, the Amy Coney Barrett nomination, and the widely acknowledged Worst Presidential Debate of All Time on September 29.

But Schlozman has always urged her students to look beyond the immediacy of headlines and breaking news and focus on big questions: How has the American system of parties and elections changed—or not—over the past 50 years? How do political parties structure social, economic, and political conflict in a democracy? What is the extent to which the American electoral system contributes to democratic control of government?

Schlozman’s students dig deep to come up with their answers, whether analyzing the funding patterns and strategies of political action committees, known as PACs, browsing detailed data on election results and voting activity, and critiquing decades-old political campaign TV ads. 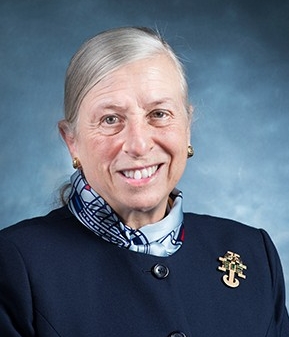 “I want the students to think, read, and write about issues that matter, but also to get more comfortable with quantitative data. They look at a lot of statistics, and have to be mindful of where these came from and how they can be interpreted. I really want us to be able to talk about how democracy functions, but American democracy in particular.”

This year, Schlozman set her class a special two-part task that crystalized, in a direct, personal way, the national conversation about access to voting: Students had to describe their plans for voting (by mail? in person? location? date? time?); and they had to find someone—family member, friend, acquaintance—without a plan to vote, and help them make one.

“Research shows that the people who have a plan to vote are actually more likely to cast a ballot,” she said. “So I decided to use what I know as a political scientist in the real world and formulated this assignment.”

For Schlozman’s students, the assignment made for some rewarding, even poignant interactions. Newton, Mass., native Jaehun Lee ’21 got in touch with a high school friend who shared his disenchantment with the two major political parties but, unlike Lee, was considering not voting. “I was able to convince him otherwise by appealing to voting as a civic duty,” said Lee, a political science major with a minor in accounting for finance and consulting. “I sent him links where he could check his voter registration status and request a mail-in ballot if he wanted one.”

Sofia Vittoria ’21, of Riverside, Conn., a political science major with a minor in journalism, not only helped her grandmother—who wanted to avoid voting in person due to COVID concerns—in deciding to obtain an absentee ballot (she has since voted), but encouraged her North Carolina-born roommate to register: “It’s such an important swing state, especially for young voters.”

Junior Caitlin Harty, a polisci major from a suburb of Columbus, Ohio, with minors in Hispanic Studies and Managing for Social Impact and the Public Good, found her parents apprehensive about in-person voting and voting by mail, so she assisted them in arranging to vote early.

“I am happy to say they have both already voted in person and texted me a photo of their ‘I Voted’ stickers right after voting,” said Harty, who also aided her roommate with an absentee ballot request form, since the process in her roommate’s home state was antiquated. “Once she received her ballot, I provided her with some of my favorite websites with which she could research the specific races and questions on her ballot.”

“I want the students to think, read, and write about issues that matter, but also to get more comfortable with quantitative data. They look at a lot of statistics, and have to be mindful of where these came from and how they can be interpreted. I really want us to be able to talk about how democracy functions, but American democracy in particular.”

Schlozman and her colleagues on the American Political Science Association’s Task Force on Electoral Assistance—which aims to help students to vote and learn about opportunities to serve as poll workers—hope the assignment will be replicated on a wide scale. After discussing Schlozman’s idea at a meeting, the task force used the APSA infrastructure to contact political scientists and encouraged them to help their students to make voting plans.

Due to COVID, one long-time feature of the course will not happen this year: Schlozman’s hosting of an Election Night gathering to watch the returns. The uncertainty as to whether a winner will be declared on November 3 has her thinking about 2000, when she had to send her students home without knowing if George W. Bush or Al Gore had claimed victory. Two of the students were from abroad, she said, and expressed concern that the lack of a definitive result might lead to violence in the streets. She reassured them that American democracy is deeply entrenched, and that Americans would be patient with the process and ultimately accept the outcome as legitimate.

Schlozman admits she is less sanguine about 2020: “At this point, I’m not prepared to say I’m confident that, if such a scenario unfolds, the result will be accepted as legitimate.”

The year that Schlozman began teaching Parties and Elections in America also was a memorable one for American democracy: Nixon’s resignation; his pardon by Ford; the Democrats’ commanding victory in the November mid-term elections. Historic events and milestone election years by themselves, however, do not necessarily make for the best focal points in studying the electoral process, noted Schlozman—long-term changes over time in political institutions, issues, and alignments are as, if not more, revealing.

“If I look back to the 1970s, there are some notable differences that leap out: Parties were weaker, incumbency was stronger, and there was not as much polarization—Democratic and Republican lawmakers did work with each other. Americans certainly had strong disagreements on issues like civil rights or abortion, but these were not always expressed as partisan conflict between Republicans and Democrats. And there have been significant changes in how we nominate candidates for public office and the importance of campaign finance, among other things. This is what we cover in Parties and Elections in America.”

Schlozman’s students have found the historical perspective and scrutiny of data to be an illuminating combination, and cite some areas of particular interest: the winners and losers when voting or election laws are changed; the characteristics and significance of independent voters; and the crucial cultural and demographic factors that influence a voter.

Moreover, students note, the class provides at least some degree of relief and illumination in a highly charged, volatile election-year atmosphere.

“In addition to what Professor Schlozman teaches us, being able to discuss current events on elections with classmates has been very helpful,” said Lee. “It’s very enlightening to hear what other perspectives there may be on the same news story, and I think true openness to others’ opinions will be important in alleviating a lot of the stress and anxiety that elections and politics pose for a lot of people.”

“I wouldn’t say the class has reduced my stress, but I do think it has helped me feel more informed and engaged with the election,” said Vittoria. “This course pushes me to look past just the party conflicts news stations prefer to focus on and re-center my attention on what policies each candidate is advocating for.”

Harty sounds a similar note: “Having the ability to hear from my classmates—other young college students who are equally as passionate about politics—I feel hopeful for the future of our democracy, even when it seems bleak to read my Twitter timeline or watch the debates. I do believe that being educated and informed is the best way to prepare myself for any outcome, so ultimately I am grateful for what I have learned thus far in Parties and Elections and am excited to watch the election unfold together as a class.”