The future of the priesthood

A new book, edited by Boston College theologians, suggests reforms in seminary formation and the exercise of ordained ministry

Image by Ramon Perucho from Pixabay

The priesthood is deeply cherished and lies at the heart of Catholic faith and people, but a fresh conversation is needed around the formation of priests in order for ordained ministry to flourish going forward, according to the new book Priestly Ministry and the People of God (Orbis Books), co-edited by three Boston College theologians.

Priestly Ministry and the People of God presents a collection of essays from a variety of voices—a cardinal, bishops, seminary rectors, ordained and lay ministers, and academic theologians—who have put forth their best hopes for the future of the priesthood. The essays are faithful to the teaching of the Second Vatican Council and the best of Catholic tradition, while also responding to the needs of the Church today, say co-editors Richard Gaillardetz, Thomas Groome, and Rev. Richard Lennan.

“There's a strong current of hope, creativity, and possibility running through the essays,” said Fr. Richard Lennan, a professor of systematic theology in the School of Theology and Ministry. “They're grounded in the realities of the setting of the priesthood, yet able to imagine a more fruitful future within the mission of the whole Church.” 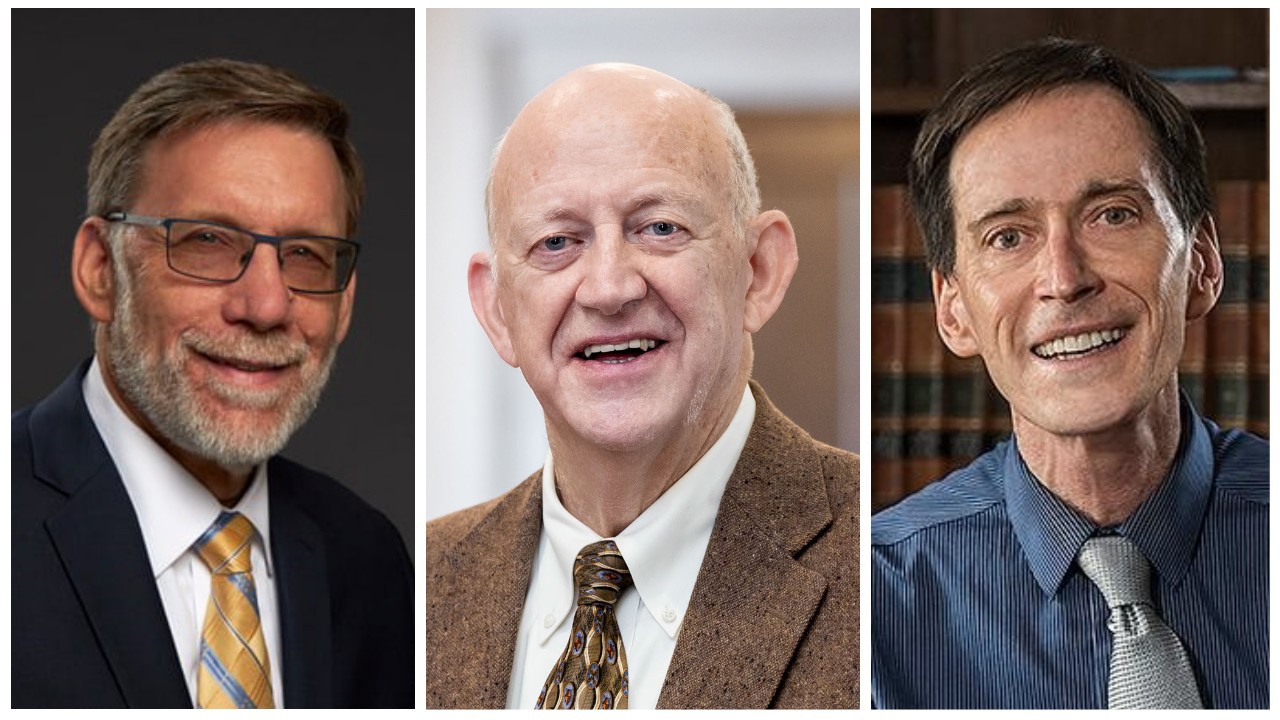 “A lot of our seminaries are preparing candidates for a priesthood of the past,” said STM Professor of Theology and Religious Education Thomas Groome. “Hopefully people in seminary formation, seminary education, will read this and realize that the old clerical model of forming priests in male-only and isolated seminaries is not effective. It's bankrupt.”

In the book, Joseph Professor of Catholic Systematic Theology Richard Gaillardetz highlights the flaws in the existing system for forming priests. “Our current vocational system is constructed more to discern impediments to ordination than the existence of a charism or aptitude for the exercise of genuine pastoral leadership or pastoral ministry of any kind.”

Groome writes from the perspective of a catechist, emphasizing that we should distinguished between universal truths of the priesthood and contemporary practices. “We must catechize now that the essential functions of the ordained priesthood…are to be an effective preacher of the Word to people’s lives, to preside prayerfully at liturgy, and to pastor in ways that empower the whole faith community, especially in the works of compassion and justice for all.” He adds: “We should not catechize essentialism regarding maleness or celibacy for priesthood.”

“A lot of our seminaries are preparing candidates for a priesthood of the past."

Saint Paul University Professor of Systematic and Historical Theology Catherine Clifford echoes the words of Pope Francis in her essay when she writes that a significant problem in the Church is clericalism—“a sad distortion of priesthood, an attitude of exceptionalism that conceives of the ordained as belonging to a separate caste.”

According to Groome, in response to the Protestant Reformation, the Roman Catholic Church emphasized the hierarchical ordering of priesthood, and priests and bishops began to take on an exaggerated, pedestalized role above the faithful. The Council of Trent referred to priests as “alter Christus,” another Christ. This top down pyramid did not reflect early Christian communities, he said, which were more of a collaborative circle.

“What we’re trying to do now with priesthood is to take that top down pyramid and turn it upside down,” said Groome. “In other words, put the people at the top, which of course is what Vatican II tried to do. Pope Francis has given us a green light to return to the project of Vatican II, and to recast the Church as much more a community of faith.”

Clifford writes “To become the instruments of that humble, listening presence that Pope Francis envisions in a church that looks more like an inverted pyramid requires candidates for ordained ministry with a strong sense of belonging to the priestly people of God. Their ministerial identity will be less rooted in the piety of difference or otherness than in solidarity with a people on the way and bearing a common mission.

“For this to happen, a renewed theology of ministry must be met with new models of seminary formation and training.”

In addition to the editors, other members of the Boston College community who contributed essays to the Priestly Ministry and the People of God are: John Baldovin, S.J. (STM); Monsignor Liam Bergin (Theology); Boyd Coolman (Theology); Jacqueline Regan (STM); and doctoral candidate Emily Jendzejec ‘06.

The book is a capstone of a scholarly, practical, and ecclesiastical examination of the priesthood and ministry undertaken at Boston College. The genesis was a 12-person faculty seminar (Priesthood and Ministry for the Contemporary Church), sponsored by the Church in the 21st Century Center, that met from 2016 to 2018. The group, which represented a spectrum of backgrounds and perspectives, conducted intense research on Church history, held conversations, produced papers, and heard from scholarly experts. The seminar participants produced a document, To Serve the People of God, that outlined the essence of the priestly ministry which they said were to preach, pastor, and preside. The document was published by the U.S. Conference of Catholic Bishops and distributed to Pope Francis and to chairs of bishops conferences throughout the world. Priestly Ministry and the People of God opens with a reprinting of To Serve the People of God.

Later, a conference was held at Boston College in early 2020 where a larger group, including Cardinals Reinhard Marx (Munich, Germany), Joseph W. Tobin (Newark) and Blase J. Cupich (Chicago) as well as other bishops, seminary rectors, ordained and lay ministers, and scholars, met to discuss the seminar’s document. At the conclusion, a formal communique was issued that outlined 10 pastoral recommendations to expand existing ecclesial ministries and explore new models for ordained ministry.

“I'd suggest that the most significant contribution [of this entire project] has been that we've simultaneously acknowledged the need for reform in the ordained ministry and have put forward both a theology and many specific considerations that would support and further reform,” said Fr. Lennan, who served as co-chair, along with Gaillardetz and Groome, of the faculty seminar. “Doing both simultaneously is important since the attention that has been focused on the ordained priesthood since the sexual abuse crisis came to worldwide prominence has often implied that there's no future for the priesthood or else has stressed the need to defend it without embracing possibilities for reform.”

Gaillardetz added that the diversity of participants in the process is noteworthy. “We had significant participation by lay women, clergy, pastoral leaders, and academics. I would note, in particular, the contributions at our conference and in this volume of both church prelates and seminary rectors, representing groups who in the past had been most resistant to reform but who have now joined us in calling for significant reforms in seminary formation and the exercise of priestly ministry.”

“I'd suggest that the most significant contribution [of this entire project] has been that we've simultaneously acknowledged the need for reform in the ordained ministry and have put forward both a theology and many specific considerations that would support and further reform."

Groome said the conference showed him that despite ideological differences “one of the things that emerged was a deep care for holy orders, be it deacon, priest, bishop. I would say there is great affection and appreciation for the need for priesthood and for good priests who are well-trained and well-prepared for our contemporary world.”

Groome points to the STM has a model for seminary formation. “The education of people for priesthood has to be revolutionized, and in many ways the model to follow is here at the STM, where seminarians and lay people, men, women, are all mixed in together and learning from each other and learning to respect and listen to each other and value each other's perspectives,” he said.

“Surely, we cannot form someone for pastoral leadership without exposing the person regularly to the daily life and concerns of ordinary believers,” writes Gaillardetz.

“I'd hope [Priestly Ministry and the People of God] is encouragement to see the future of the priesthood as an issue for all members of the Church—not just for bishops and priests,” said Fr. Lennan, who recently participated in Plenary Council of the Catholic Church in Australia. “Just as Pope Francis stresses the synodality of the whole Church, the book presents a healthy priesthood as a concern for the whole Church.”

Priestly Ministry and the People of God