At the McMullen Museum, an exploration of climate change by six leading artists whose works are defined by their ties to the Indian Ocean region

The complex and crucial issue of climate change is central to an exclusive exhibition at the McMullen Museum of Art that focuses on the Indian Ocean region, where temperature changes have led to extreme weather events. On view from January 27 through May 31 in the Daley Family and Monan Galleries, Indian Ocean Current: Six Artistic Narratives features leading contemporary artists whose works are defined by their deep ties to the lands surrounding the third-largest of the world’s five oceans.

Through videos, collages, paintings, sculptures, interactive installations, and photographs, the exhibition explores the contemporary legacy of the long movement of people, things, and ideas across the Indian Ocean. The open and plural societies of the Indian Ocean world came under threat from the mid-twentieth century when decolonization created new nation-states that were divided, at times, by hastily erected borders. Today, these borders are losing their meanings as the Indian Ocean’s waters rise; global warming does not respect human-made divisions. 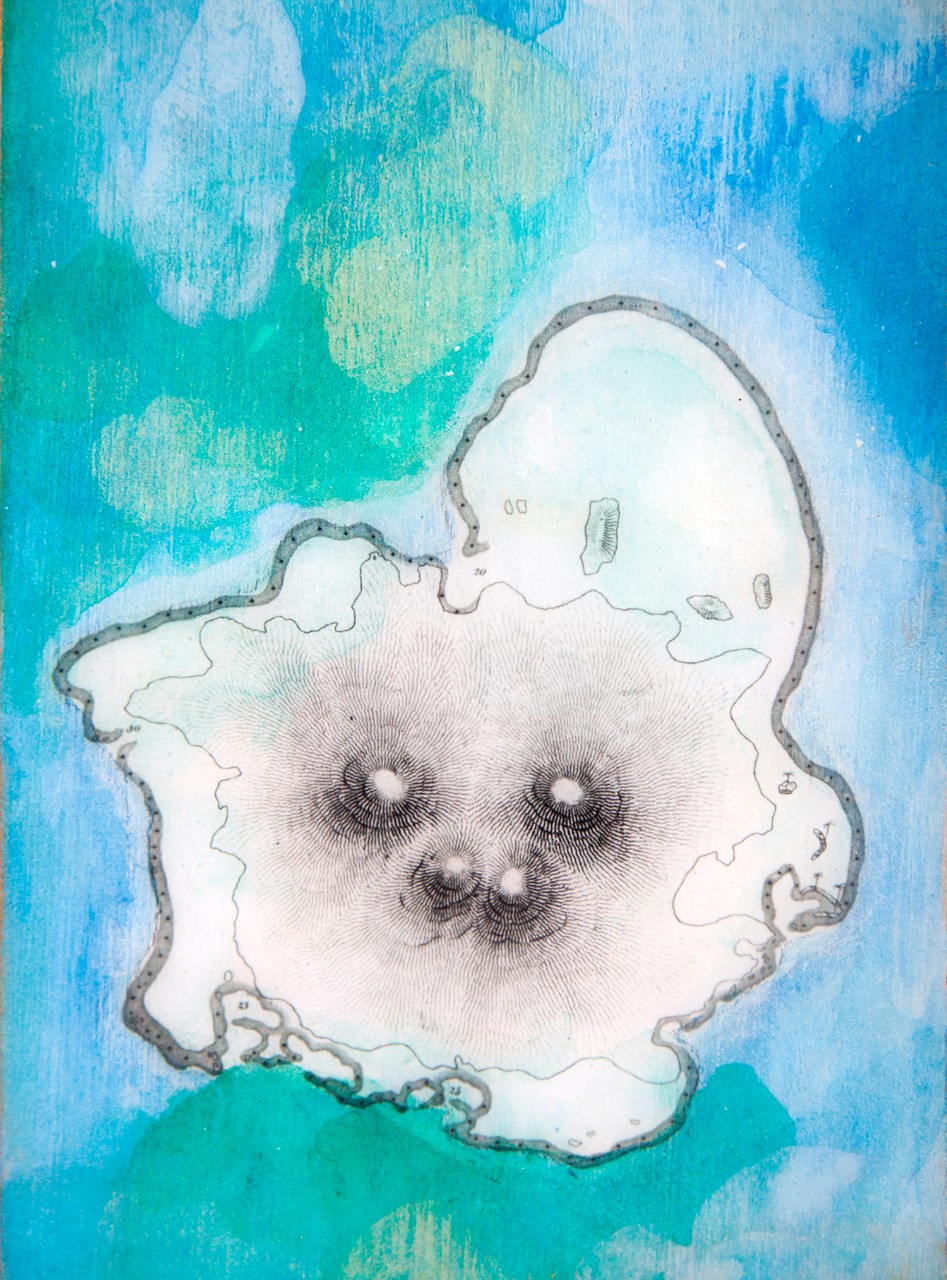 “Each artist probes different aspects of the ocean’s rising waters due to global warming and their resulting consequences for the migration of peoples inhabiting the region," said Nancy Netzer, the inaugural Robert L. and Judith T. Winston Director of the McMullen Museum and a Boston College professor of art history. "The Museum hopes that this exhibition will bring greater awareness to the complex problems facing the Indian Ocean world and, through accompanying programs with scientists, humanists, and social scientists, invites its audience to engage in dialogue about one of the most pressing issues of our contemporary moment.”

Though the rich history of the Indian Ocean has been much explored, its present-day manifestations remain less studied. Indian Ocean Current probes complex and vexing questions such as: How do we make sense of the great mixing of peoples in the Indian Ocean world? How do we conceive of the water that links distant shores? How do we address the borders that now divide spaces that for so long were undivided? What do the rising waters resulting from global warming portend for the future of the Indian Ocean and the inhabitants of its bordering lands?

“The Indian Ocean is one of the world’s great waterways and humans have crossed it for thousands of years,” said exhibition co-curator Prasannan Parthasarathi, a professor of South Asian history and award-winning researcher whose whose interests include environmental change, agriculture, and labor in South India. “Indian Ocean Current explores pressing issues such as the legacy of the long movement of peoples, the impact of nations and borders on this plural world, and the future of that world as the ocean’s waters rise with global warming.”

In the exhibition, artistic narratives are in conversation with the findings of scientists as animations, maps, films, and interviews illuminate the unusual geology of the Indian Ocean and the myriad, catastrophic effects of climate change in that region and across the globe. Included are more than eighty works by by Shiraz Bayjoo, Shilpa Gupta, Nicholas Hlobo, Wangechi Mutu, Penny Siopis, and Hajra Waheedared loaned by the artists, private collectors, Museum Voorlinden, Wassenaar, and Ed Cross Fine Art, Galleria Continua, Lehmann Maupin, and Stevenson Cape Town. 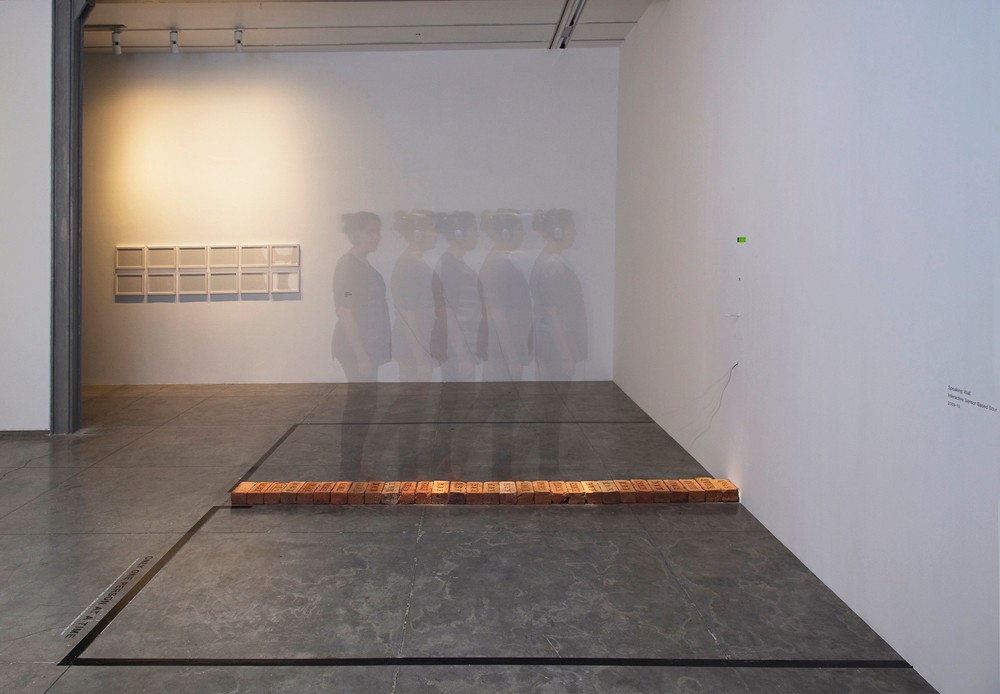 Included in the exhibition’s climatological sections are: a film on the Mauritian fishing industry, Vey nou Lagon; an animation on the formation of the Indian Ocean basin; interviews with scientists from Massachusetts’s Woods Hole Oceanographic Institution; climatological maps and animations featuring a background to understanding global warming in the Indian Ocean; and an interactive display for visitors to explore the effects of rising waters internationally.

Shiraz Bayjoo is a Mauritian artist based between London and Mauritius, whose multidisciplinary practice of video, painting, photography, and sculpture employs archival photographs and artifacts to explore the social, political, and historical conditions integral to Mauritian cultural identity and the wider Indian Ocean region.

Shilpa Gupta lives and works in Mumbai where she studied sculpture. Her work has been exhibited internationally, including at the Berlin, Havana, Kochi-Muziris, Liverpool, Sharjah, and Venice biennials.

Nicholas Hlobo was born in Cape Town and works in Johannesburg, where he creates two- and three-dimensional hybrid objects from ribbon, leather, wood, and rubber detritus. His commentary on the democratic realities of South Africa and concerns with the changing international discourse of art remain at the core of his practice.

Wangechi Mutu was born in Nairobi. In her paintings, collages, films, performances, and sculptures she dissects, reconstitutes, and recontextualizes images to construct new ways of looking at what we have already seen, or highlights what we have never perceived. Her work has been the subject of numerous solo shows.

Penny Siopis is honorary professor at the University of Cape Town, where she lives, and works in painting, installation, and film/video. In addition to numerous solo exhibitions, she has participated in the Gwangju, Havana, Johannesburg, Sydney, Taipei, and Venice biennials.

Hajra Waheed was born in Calgary and now lives and works in Montréal. Her multidisciplinary practice ranges from interactive installations to collage, video, sound, and sculpture, and explores the nexus between security, surveillance, and the covert networks of power that structure lives, while addressing the traumas and alienation of displaced subjects affected by legacies of colonial and state violence. Her work is in the permanent collections of prominent museums. 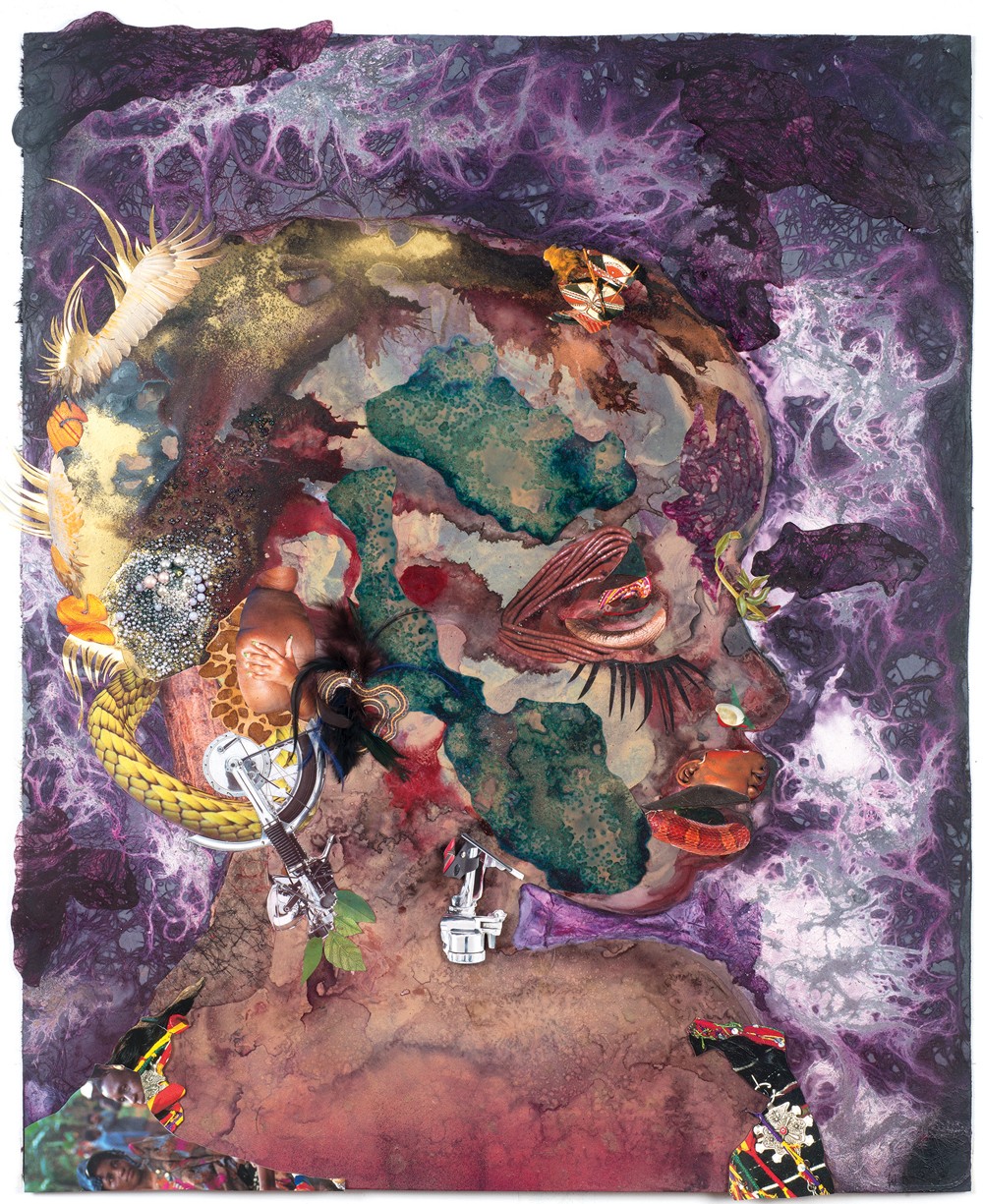 The exhibition catalog, edited by Parthasarathi, contains essays by experts in environmental studies, postcolonial studies, literature, and history, bringing multiple lenses to bear on the work of the six featured artists and the complicated histories of the Indian Ocean world.

Organized by the McMullen Museum, Indian Ocean Current: Six Artistic Narratives has been underwritten by Boston College with major support from the Patrons of the McMullen Museum and Liliane and Christian Haub in honor of Marie-Liliane ’13, Maximilian ’14, and Constantin ’17 Haub.

Co-curator Salim Currimjee is an architect and artist based in Mauritius and works in the Indian Ocean region. In 2015 he founded the Institute of Contemporary Art Indian Ocean, an independent, nonprofit foundation that is a platform for art education and public art programming in Mauritius.

The exhibition is free and open to the public. For hours and other information, including a calendar of related programs and events visit the McMullen Museum website.