United States Securities and Exchange Commission Chair Gary Gensler has characterized cryptocurrencies as the “Wild West” of digital assets and pushed for greater regulation.  In contrast, entrepreneur and business magnate Elon Musk believes that regulators should simply “do nothing” and “just let it fly.”  As speculation builds as to the possibility that the federal government may demand some cryptocurrency oversight, Carroll School of Management Assistant Professor of Finance Leonard Kostovetsky recently spoke with the Boston College Chronicle's Phil Gloudemans about the roots of cryptocurrencies, its pros and cons, and what the future may hold. 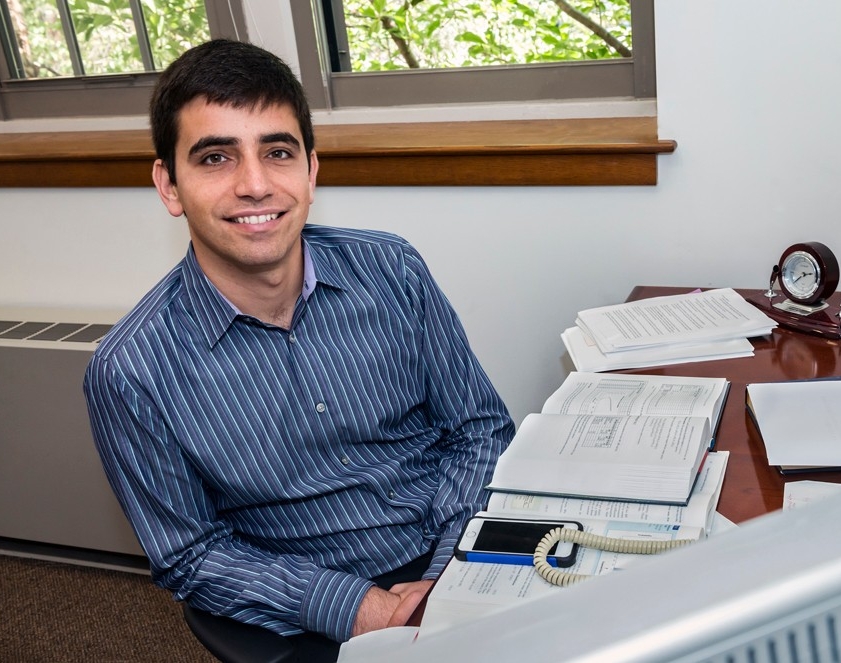 ​There’s been a surge of interest in cryptocurrencies such as Bitcoin, but to many people, the concept is confusing, if not mysterious.  So, let’s start with the basics: What is cryptocurrency?

Cryptocurrencies are similar to government-issued currencies such as dollars or euros in that they can be used to pay or to receive payment. The main difference is that they only exist in electronic form instead of paper bills or coins. The “crypto” in cryptocurrencies refers to the use of encryption (i.e., code) to maintain records of ownership and transactions, which makes them secure and tamper proof.

What was the first cryptocurrency, who started it, and what motivated its creation?

The first cryptocurrency is also the one most people are familiar with: Bitcoin. Introduced in late 2008 by an anonymous individual or group under the pseudonym Satoshi Nakamoto, Bitcoin was invented in the immediate aftermath of the 2008 global financial crisis when the risk of reliance on banks for all financial transactions became obvious. The idea behind Bitcoin is to allow people to transact online and pay directly (peer-to-peer) without third-party verification from a financial institution like a bank or PayPal.

What are the most popular crypto “brands” today?

Since Bitcoin was introduced in 2008, the number of different cryptocurrencies has proliferated quickly, likely exceeding 10,000, with a total market value of nearly $2.5 trillion. Besides Bitcoin, three other well-known brands are Ethereum, Dogecoin, and Tether.

Ethereum is extremely popular because it comes with the use of “smart contracting,” a set of rules for payments (similar to a regular contract) that are automatically enforced by a computer program. Dogecoin was invented as a joke to mock speculators in other cryptocurrencies, and ironically, it became one of the main cryptocurrency vehicles for speculation since it was adopted by a large online community, including celebrities such as Elon Musk, the richest man in the world. Tether’s popularity stems from its value being pegged to the dollar, which puts it in a special class of cryptocurrencies called stablecoins.

Is Bitcoin, for example, a widely accepted form of payment?

It depends on how “widely” is defined. A 2020 Zogby Analytics survey found that approximately one-third of small- and medium-sized businesses accept cryptocurrency payment. Some large companies, including AT&T, Microsoft, and PayPal, accept or allow transactions in cryptocurrencies. In February, Tesla announced that it would accept Bitcoin, but then reversed that decision in May, asserting that the electricity needed to verify Bitcoin transactions was environmentally harmful. Nonetheless, the number of businesses accepting cryptocurrencies has been gradually expanding and it’s likely to continue with more adoption.

Unlike the U.S. dollar, cryptocurrency is decentralized, so what authority is backing it and who controls it?

No authority backs it or controls it. The list of owners and transactions is stored on a digital ledger called a blockchain, which is simultaneously stored on many different computers so there is no need to rely on a particular server or a trusted third party like a bank for verification. The computers are Internet-connected and they communicate with each other to validate new transactions.

Bitcoin has demonstrated that it can be potentially valuable (but speculative) as an investment asset. How does that work? If someone invests in a cryptocurrency, where is it stored? Is it secure?

It actually works very similarly to other assets such as stocks, bonds, or foreign fiat currencies. You start by opening an account with a cryptocurrency platform such as Coinbase, the largest exchange for U.S. investors, and then transfer dollars from your bank account to the platform. Then you log into the platform from your computer or with a phone app as you would to access your online brokerage account like E-trade or Ameritrade, and start buying and selling cryptocurrency. While the process is fairly secure, there have been a number of hacks of cryptocurrency exchanges, though they are fairly unlikely for more reputable exchanges such as Coinbase.

It’s hard to predict what will happen in the future, but the most likely outcome, in my opinion, is that they will continue to co-exist with fiat currencies like dollars.

Recently, the first exchange-traded fund linked to Bitcoin futures was launched on the New York Stock Exchange, which gave investors exposure to the cryptocurrency without actually directly holding it through an ordinary brokerage account.  What is the significance of this development and why was it heralded as such a milestone?

This event could potentially be very consequential for adoption since it will make it far easier for investors with a brokerage account to include crypto in their portfolios without the hassle of opening an account with a cryptocurrency exchange. It’s a milestone because the SEC has long been reluctant to make it easy for retail investors to purchase cryptocurrencies and has previously rejected many proposed ETFs that would directly invest in cryptocurrencies. Now that they have agreed to allow the operation of several funds that track Bitcoin futures, it’s very likely that they will also soon allow others that directly hold cryptocurrencies. With the huge number of different cryptocurrencies available, the number of funds investing in them could also proliferate rapidly.

What is your opinion of crypto as an investment option?

I would not recommend it as an investment option. Cryptocurrency prices are extremely volatile because there is a great deal of disagreement on their fundamental worth, and whether they are just a fad, a tool for drug dealers to launder money, or a promising concept that will overtake fiat currencies in the future. The risk in buying cryptocurrency is extremely high and is more akin to casino gambling or buying lottery tickets than investing in financial assets like stocks and bonds.

How does the IRS treat cryptocurrency? Is it taxable?

This is one of the bigger problems with investing in and using cryptocurrency. Because it is both an investment and an exchange medium, it presents major dilemmas for figuring out the taxes owed. If held in an investment account, it’s treated like any other investment, and capital gains taxes must be paid if sold for a profit. But without tax forms, which many cryptocurrency exchanges don’t provide, many investors make incorrect calculations and pay the IRS either too much or too little. Also, if a cryptocurrency is used for transactions, all purchases must be reported (and the dollar exchange rate at that moment) because you are technically selling that asset when you use it to buy goods or services.

Do you anticipate that the U.S. government will eventually step in to regulate it? What’s the future of cryptocurrencies such as Bitcoin?

Governments are very protective of their monopoly power to print and mint money. Because cryptocurrencies are digital and global in nature, it makes it difficult for any specific government to eliminate them, but regulators are very skeptical of and hostile toward them. The SEC has consistently tried to make it as difficult as possible for U.S. investors to gain access to them. It’s hard to predict what will happen in the future, but the most likely outcome, in my opinion, is that they will continue to co-exist with fiat currencies like dollars. Interestingly, central banks have explored issuing competing digital currencies called central bank digital currencies, which would be legal tender. There will also likely be new offshoots or applications like the growing trend in decentralized finance, or DeFi, a collective term for financial products and services that are accessible to anyone with an Internet connection who can use Ethereum.