The Color of Creatorship

Intellectual property law may seem an improbable context for studying issues of racism in American history and culture. But Boston College faculty member Anjali Vats asserts in her recently published book, The Color of Creatorship: Race, Intellectual Property, and the Making of Americans, that the evolution of United States copyright, trademark, and patent law is not racially dispassionate, and has been greatly impacted by how we understand American citizenship.

Furthermore, Vats argues that U.S. IP law continues to be shaped by racially exclusive categories, as evidenced by well-documented and publicized controversies over music, pharmaceuticals, and traditional knowledge. A key factor, according to Vats, is an underlying national belief that milestones like the civil rights movement and the election of Barack Obama made America into a post-racial, “colorblind” society. 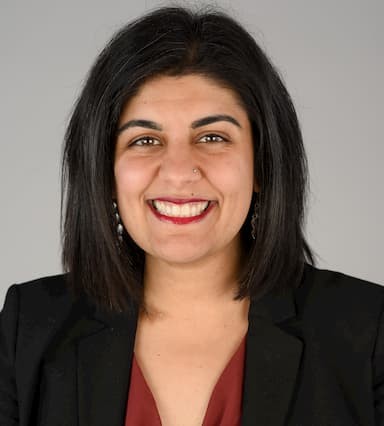 Addressing copyright, trademark, and patent law over a period of 200 years, The Color of Creatorship aims to “understand how race operates in those legal spaces over time, and across eras of purported racial progress,” said Vats, an associate professor of communication and African and African Diaspora Studies, with a courtesy appointment at Boston College Law School. “What we see are the same ideas about race repeated over time: People of color are formally excluded as knowledge creators.

“My intent was to ask what kind of stories IP tells, and where we see race, and what race looks like in the context of doctrinal decisions,” said Vats, who teaches courses in the areas of race, rhetoric, law, and media studies. “Because if we’re talking about practicing IP law, there are legal tests involved, and if courts apply those legal tests, they should theoretically get race-neutral or racially colorblind outcomes. But in practice, that’s not really how the law works. The deck seems to be stacked against people of color.”

Vats examines what she calls “intellectual property citizenship”: that the logic of racism and IP law—and the outcome of IP decisions—is best understood in terms of who is viewed as a good or bad “IP citizen.” Over time, she explained, the figure of the white inventor or innovator has been integrated into the national ideology as a crucial contributor to the nation’s moral and economic development—a good IP citizen.

To illustrate IP citizenship, Vats cites a 2018 federal appeals court decision upholding a copyright infringement verdict against white singer Robin Thicke, along with producer Pharrell Williams and producer/rapper T.I. (Clifford Harris Jr.)—both of whom are Black—over Thicke’s controversial 2013 song, “Blurred Lines.” The court agreed that the song was copied from the late Marvin Gaye’s 1977 classic “Got to Give It Up.” Jurors originally awarded Gaye’s family more than $7 million; the award was later trimmed to a still-historic $5.3 million.

It would seem a positive outcome, said Vats: Thicke, accused of promoting misogyny in “Blurred Lines,” is judged a “bad” IP citizen for borrowing from Gaye, a Black American and civil rights icon, who becomes the centerpiece for the case. But Pharrell and T.I. are effectively “erased” as IP citizens, she said, and the supposed redemption of Gaye overlooks his troubled history with women and contentious views on gender politics.

“Part of the reason Gaye ‘wins’ is because he stands for the success of the civil rights movement and the validity of colorblindness in America, even though he had demons that we can’t necessarily fairly dismiss,” said Vats. “In short, it’s complicated, although we think this is a clean case.”

Another case study addresses trademarks in a period of post-racial creatorship. An all-Asian, Oregon-based rock band called The Slants sought to protect its name and filed for trademark protection, but the U.S. Patent & Trademark Office declined, citing the Urban Dictionary definition of “slants” as racist and the federal statute that prohibits protection for disparaging trademarks. The group filed suit, and the Supreme Court ultimately ruled for The Slants, saying denial of the band’s registration rights was content-based discrimination under the First Amendment, and therefore unconstitutional.

The decision effectively halted an attempt by five Native Americans to bring suit under the disparaging-trademark clause against the National Football League’s Washington team, which used “Redskins” as its name and mascot despite the objection of many Native Americans. Although Washington subsequently announced it would drop “Redskins” and will decide on a new name in 2021, the case is troubling because it demonstrates that post-racial ideology implicates all areas of law, and sometimes produces “divide-and-conquer moments,” according to Vats.

“Intellectual property law itself is structured to protect whiteness, by pitting people of color against each other, as in the ‘Blurred Lines’ case,” she explained. “In the end, indigenous peoples won—not because intellectual property law shifted, however, but because it was costly and gauche to keep the ‘Redskins’ name. Relying on the market to produce anti-racism is a dangerous strategy that historically ends in more racism. So I would argue that although we got a good outcome, it didn’t happen through a sound process.”

“There are entire cultural narratives getting erased by unscrupulous and illegal IP practices. And even though we have seemingly race-neutral laws, there is a pernicious, false conviction that people of color are less creative and less expert. We must ‘decolonialize’—by which I mean unseating the stubborn and deceitful belief that people of color are not ‘full people’ who are capable of creating intellectual property.”

Historically, according to Vats, patents have served as “explicit and implicit mediators of national conversations about citizenship, personhood, and slavery,” particularly given “America’s desire to articulate its identity around work ethic, ingenuity, discovery, and progress,” a characterization she credits to Northeastern University law professor Jessica W. Silbey, who calls patent cases “the nation’s origin stories.”

Much of our imagery of what constitutes “Americanness,” said Vats, is tied to the view that “we’re innovative, rugged people with lots of ideas. So patent law becomes a central element of not only the mythos of American identity—the unique creativity of Americans—but also the American dream.”

Unfortunately, she said, that mindset has led to what’s called “bioprospecting” and “biopiracy,” where scientists in the West have been awarded patents for medications and applications based on effective treatments or solutions created by indigenous peoples from inexpensive natural sources—and costing exponentially far more than the original remedies.

But there has been pushback, she noted: India responded to the cultural appropriation, and economic exploitation of yoga by the West by creating a database which catalogues indigenous knowledge and blocks patents.

“If we want to remake the way we think about IP, we have to be able to talk about the way that race works within it,” said Vats. “Critical race theory shows us where race is calcified within the law, that formal equality can give rise to racism, that’s the problem we’re trying to solve.

“I want us to start asking as a practice, ‘How do we re-write policies in ways that are more racially just?  How do we work alongside IP law to break it? What does it mean to be ‘IP fugitives’?

“Then we need to change the stories that we tell about race in the context of IP law,” she said.  “There are entire cultural narratives getting erased by unscrupulous and illegal IP practices. And even though we have seemingly race-neutral laws, there is a pernicious, false conviction that people of color are less creative and less expert.  We must ‘decolonialize’—by which I mean unseating the stubborn and deceitful belief that people of color are not ‘full people’ who are capable of creating intellectual property.”