BC self-study focuses on fulfillment of Jesuit mission

Part of the Jesuit Mission Priority Examen, the project will assess the University's commitment to Jesuit educational and spiritual traditions and values

Boston College has begun a self-study of its effectiveness in fulfilling the Jesuit aspect of its educational and formational missions, covering a wide range of criteria that goes well beyond classroom and curriculum. 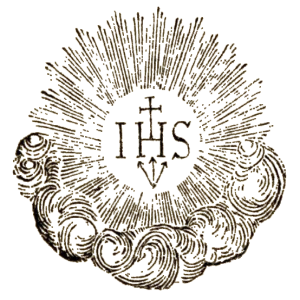 The self-study is part of the Jesuit Mission Priority Examen, a process initiated by the Association of Jesuit Colleges and Universities that asks U.S. Jesuit colleges and universities to assess, and demonstrate, their commitment to Jesuit educational and spiritual traditions and values. Institutions undertake a comprehensive evaluation of not only academic and student life programs and initiatives, but elements such as community outreach, service to the Catholic Church, and institutional policies in hiring and compensation.

Another key component of the Examen is a campus visit by a committee of peers from other Jesuit colleges and universities, who meet with key stakeholder groups—faculty, administrators, staff, students, and Jesuits—to review components of the self-study. The peer committee’s subsequent report serves as a basis for conversations between the institution’s president, the Jesuit Provincial, and the Jesuit Superior General on the college or university’s future plans.

Special Assistant to the President Robert Newton, who along with Campus Ministry Associate Director Ryan Heffernan is chairing the University’s participation in the Examen, compared it to the reaccreditation BC undergoes through the New England Association of Schools and Colleges’ Commission on Institutions of Higher Education.

“In both cases, the process involves a self-study that engages the major constituencies of the University community, and a site visit by peers whose report is a significant point of reference for BC’s progress,” said Newton, who also has spearheaded the University’s reaccreditation efforts. “The Examen, however, is a validation rather than a reaccreditation. The AJCU asks, ‘Do you want to remain a Jesuit institution? If so, how do you express the characteristics that are part of being a Jesuit institution? And how might you improve on this?’ Ultimately, the AJCU wants us to come up with some recommendations for the next five years that address those questions.

“These kinds of broad institutional assessments are an opportunity for Boston College to reflect on our strengths and areas of distinctiveness, but also where we might focus our resources and attention to achieve our objectives as a university dedicated to Jesuit ideals.”

In the coming weeks, Newton and Heffernan will meet with academic, administrative, undergraduate, graduate student, and alumni representatives, and a group of BC trustees, to hear their views on the self-study draft document that outlines BC’s Jesuit characteristics. Among other subjects, its sections describe how the University’s mission statement depicts its Catholic and Jesuit inspiration; how the Core Curriculum provides an understanding of what it means to be Catholic and Jesuit; what programs, initiatives, and campus events give witness to BC’s Catholic, Jesuit nature; and the opportunities and challenges in maintaining and promoting a Catholic, Jesuit campus culture.

The draft document will be revised following this round of discussions in advance of the peer committee’s visit to campus in March.

Heffernan noted that the University’s 2017 “Ever to Excel” strategic plan provides the backdrop for the Examen, addressing many of the critical issues and questions tied to evaluating BC’s Jesuit character.

“BC has in place a vision for its future as a Catholic, Jesuit university, and a number of specific strategies to guide it,” he said. “‘Ever to Excel’ is a very useful point of reference to have as we go through the Examen.”

Newton said that once the Examen self-study document is completed—following the consultations with BC groups, and before the peer committee visit and discussions with the Provincial and Superior General—it will be made accessible to the University community.