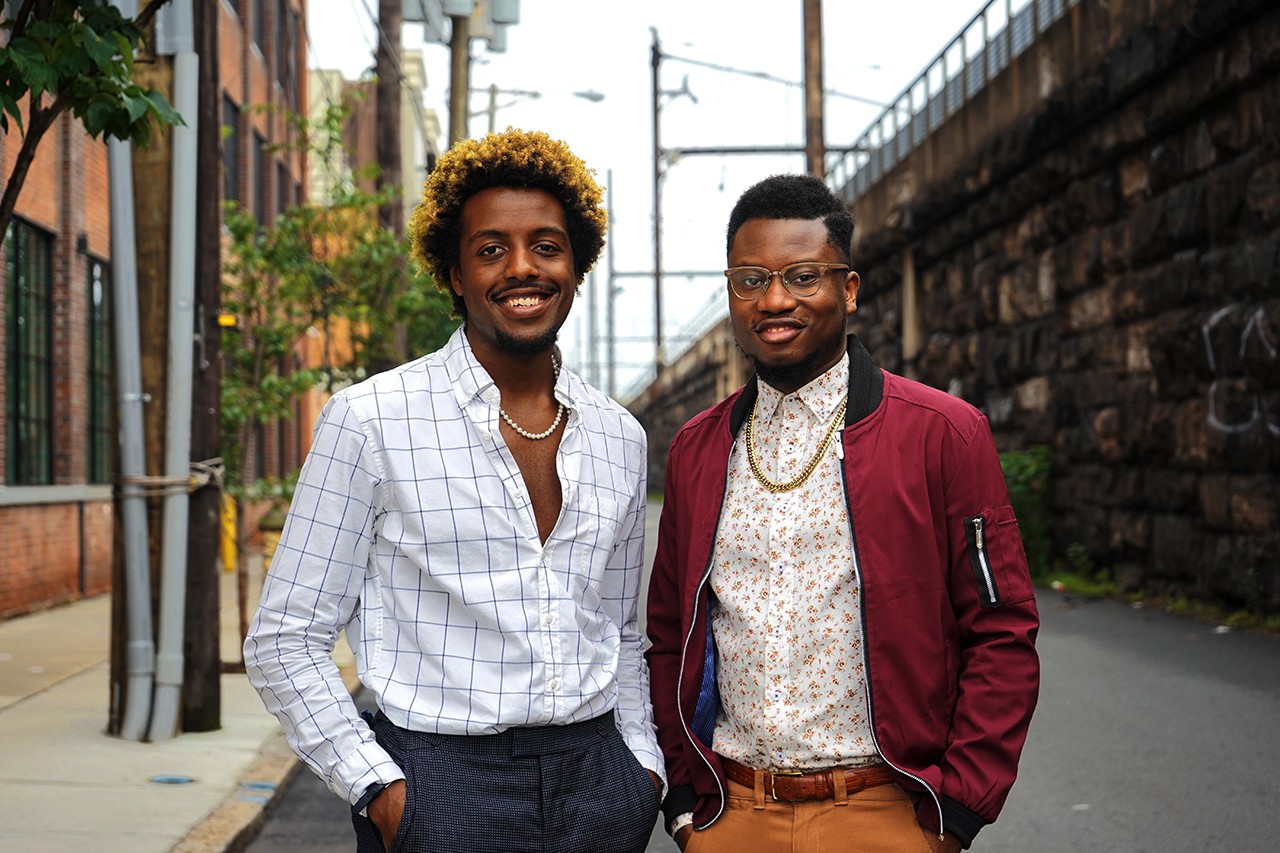 It’s no secret there’s a dearth of Black and Latino entrepreneurs in the venture capital world. Now, fresh from a string of hits and a Forbes 30 under 30 honor, LaDante McMillon ’12 and Ivan Alo ’12 are poised to change all that. Here’s how they’re building the “Bad Boy Records of VC.”

The story starts in 2015, when McMillon and Alo knew they’d reached a roadblock. After spending a year on a fintech startup, they needed to stop or raise capital.

“I think the thing that happened to us psychologically as two Black males trying to build a fintech product is that it’s already isolating enough being an entrepreneur,” said McMillon. “It's even more when you actually don't see representation of who you are around you.”

When they didn’t find the support they were looking for, the two fledgling entrepreneurs decided to cut their losses. Then a brutally honest conversation with a friend opened up a new direction.

“At the time we still had jobs, and we had a hard time fitting into, you know, corporate America,” said McMillon. Pointing out the obvious – that they were “terrible employees” who seemed to “like helping other people build companies” – their friend suggested starting a VC firm.

While that conversation provided “the catalytic experience” for New Age Capital, McMillon says the firm started taking shape long before.

“New Age Capital is literally us,” he said. “It's about all the experiences we’ve had in our lives that shaped the men we are today and how we think about the world, particularly Black and Latino entrepreneurs who are building world-changing companies and how we can be a part of that.

“We understood there was an opportunity, because they were being overlooked,” said McMillon. “So we felt that to be successful, we needed to build a brand and invest in these types of entrepreneurs, because it happened to us.”

The Birth of New Age

New Age Capital came about like most startups do – not in a flash but a long, slow burn. Once the spark was lit, however, there was no stopping them.

“In essence, we were trying to create something that had never existed – recreate the narrative of what it meant to be a successful entrepreneur through the lens of Black and Latino entrepreneurs,” said Alo.

They tried on a few names and New Age Capital stuck. The more they talked about it, the more their conviction in the idea grew. “This whole idea of a new age of entrepreneurship just kind of resonated,” said Alo.

Then McMillon, a communications major, designed a logo. “I actually helped design it,” he said. “But my brother, who’s a phenomenal painter, hand drew it – and that solidified it.”

Alo credits the hip-hop culture they grew up with as a major influence. “We like that hustle and resilience,” he said.

They drew their inspiration from Bad Boy Records, a brand founded by Sean P. Diddy Combs in the early 1990s. “The aesthetic of their logo and what it represented in this sea of other record labels was what we were looking to bring,” said Alo. “We were trying to build the Bad Boy Records of venture capital.”

The authenticity Alo and McMillon saw in Bad Boy defines their own firm’s mindset.

“I think the way Ivan and I look at the landscape is that seed-stage venture firms basically all look the same,” said McMillon. “They're waiting for somebody else to validate that the company is actually a good investment.

“If we say, ‘Hey, we’re just gonna wait and see what everybody else needs,’ we're not solving the issue of capital going to these types of founders,” he said.

“We have a level of empathy for the founders we invest in outside of all the entrepreneur Watson stuff,” McMillon said. “We understand why people are doing what they’re doing and what they need to get there. And the minute we understand that, I think it makes us better investors.”

Alo explains their key differentiator another way. “It was important for us to build a brand as the people’s VC,” he said. “And that means having representation that not only has empathy for your experience but has actually lived your experience.”

New Age Capital has purposefully built a business around entrepreneurs who take the path less traveled.

“While there’s a swath of entrepreneurs who have pedigrees, and it’s great to support them,” McMillon said, “we also need to support an entrepreneur who was a truck driver for 20 years and learned a unique way of leveraging technology to make the experience better for other truck drivers.”

Unlike many, he says, Black and Latino founders don’t typically have early access to capital. “What they usually have to do is work a job and bootstrap,” he said.

They found that type of company in Oui the People, a data-driven luxury skincare brand launched in 2015 by Karen Young. After a four-year stint at Estee Lauder, Young spent two years doing customer research for her own brand.

With sensitive skin as her focus, Young developed her first product – a single-blade, German-design safety razor with a rose gold finish. “It had some weight to it and looked more luxurious than the usual Gillette razors dominating the market,” said McMillon.

“For us, that was a clear understanding,” said McMillon. “She had a product in market. She was making money. Customers were loving what she was doing. But she was not getting the benefit of the doubt because she was a Black woman.”

The backstory that led to this unconventional VC brand is not all that different from typical college freshmen meeting at orientation. Alo said he and McMillon would have “random conversations at a high level of what success looked like for us.”

But for them, he says, “it was always, what are we going to do to take care of our families, give back to our communities, and do it in a way that’s authentic to us?”

Entering BC, they both possessed a strong sense of self-awareness, molded in part by personal experiences.

“Entrepreneurship for us became something very easy, because I’ve been through harder things,” McMillon said. “I believe successful entrepreneurs have that strong character, that thick skin, that ability to take a lot of those cuts of rejection.”

McMillon points to the Boston College experience as formative. “BC has a really good way of telling people to look within themselves.”

Alo believes in running your own race. “You come into this world in a certain environment and have certain experiences,” he said. “I think those pressures sometimes direct how people take their lives without ever understanding their motivations. It's really important to take a step back and understand your strengths and weaknesses and run your own race.”

What’s next for New Age now that they’ve deployed $500,000 in initial funding for a dozen companies? “We're raising our new fund, so we can double down and find more Black and Latino tech companies solving real-world problems,” said Alo.

Despite the heightened sense of awareness from this year’s Black Lives Matter movement, Alo says “the real result will be in a year from now when you’re looking at the makeup of foundations and seeing the types of investments they’re making. If you’re a VC or private equity firm, have you backed more entrepreneurs of color?

“We know we’ll be at the forefront of that movement, because this is our mission,” Alo said. “We want to see who’s alongside us, but we have no expectation people are going to get there on their own, which is why it’s important for us to be that flagpole.”

Asked to describe their mission in six words or less, Alo summed it up this way: Creating new narratives and democratization of access. Audacious? Maybe. Achievable? For these bad boys of VC, most definitely.