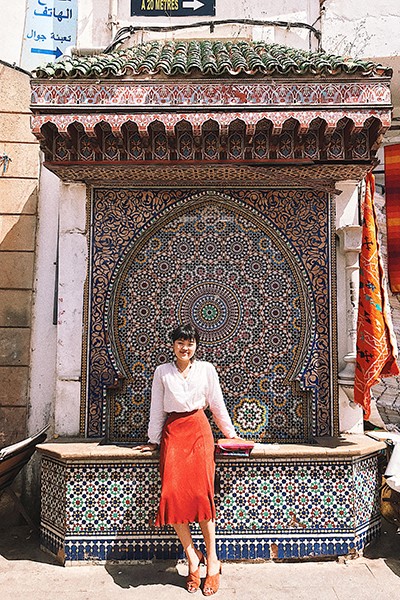 Echo received a Mizna Research Fellowship for Arabic studies and service work in Morocco. Following this four week experience, she was awarded an Aggad Fellowship for an eight-week internship in the Museum of Islamic Art in Doha, Qatar.

Before leaving for Morocco, Echo became interested in the political climate regarding the treatment of Muslim communities, especially in China. She left for Rabat, Morocco as a Mizna fellow to study Arabic and to continue the series of articles she had begun in Palestine, writing to her Chinese readers about life in Morocco during Ramadan, and later about working in Qatar.

During her time in Rabat, Echo lived with a local family and volunteered at a local school founded by two Sudanese women who aid the children of Sub-Saharan African refugees to overcome the linguistic barriers and adjust to Moroccan society. Echo explains, “these children were learning Arabic simultaneously as I was, and my experience exposed me to the deep-rooted Sub-Saharan refugee issues in Morocco.” During her time there, she befriended a 26-year-old Kenyan who became an inspiration for many of the articles she wrote about her experience. “I wrote about her experience as a religious minority as only 9% of Kenyan population are Muslims, about the role of Islam to her growing up in absolute destitution, about the different ways to practice the religion in Africa and Arabia.”

How has the Mizna Fellowship helped you?

“In this three-month process of writing about North Africa and the Gulf to a Chinese audience, I had become a personal testifier of how ignorance breeds fear and curiosity leads to understanding. Most of the Islamaphobia directed towards me did not come from religious hatred, but rather, it was a result of a complete lack of religious education in China in the past six decades [1], fueled by ethnic differences between the secular Han majority and the minority Muslim populations- the Uyghur, Kazaks, and Hui. A dialogue was missing, and for this, I am grateful for the Mizna Fellowship for giving me an opportunity to be the person to initiate this dialogue, to translate the two otherwise incommunicable worlds to each other.” 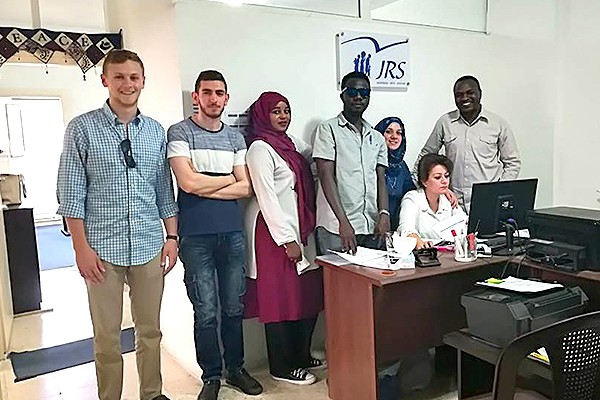 Trevor Jones was a Mizna Fellow in Amman, Jordan for a six-week research project working with refugees. He hadn’t anticipated building such close relationships with a group of refugees not associated with the Middle East refugee crisis: the Sudanese. Trevor worked closely for the Jesuit Refugee Service and lived with the Jesuit community, which all involved working with the Sudanese, which therefore inspired his case for research.

The Sudanese in the Hashemite Kingdom: A Story of Socio-Economic Discrimination

Trevor’s time in Jordan enriched him in learning about a minority group crisis that is continually overlooked by international forces. Even though he was in Jordan, he was able to learn about the rich and complicated Sudanese history and how it is intertwined with Jordan’s history and the refugee crisis taking part in the Middle East and Africa. Trevor states the urgent need for the United Nations and others to become aware of the treatment of the Sudanese in Jordan, but unfortunately, “the United Nations does not recognize the situation in Darfur as a declared refugee crisis.” Because of the Mizna Fellowship, Trevor is able to bring his new knowledge back to Boston College campus to share with fellow students, professors, and faculty to make sure that others can learn about a issue that is often overshadowed by other international refugee crises.