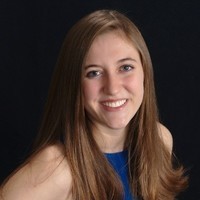 Over the summer, I studied at the Qasid Institute for Arabic in Amman, Jordan for eight weeks. At the same time, I used my Arabic skills to do preliminary research and translation for my Scholar of the College thesis on the Third Crusade. Although my thesis subject has since changed to another Arabic manuscript, the course and the translation practice have helped me to confront it in its original Arabic, rather than having to rely solely on translation.

My class at the Qasid Institute ran for twenty hours each week, which we used to study a variety of topics from Al-Kitaab Vol. 2 and then Qasid’s own advanced textbook. Most useful to my projects were the Thousand and One Nights and the history of Arabic universities, but the other  chapters helped me to learn enough about Jordanian culture and conversational Arabic to be able to converse about academic topics. I expect the speaking skills to help me to engage academic figures in the Arabic-speaking world as I continue my medieval studies research.

I originally proposed to translate a section of the Mir’at al-Zaman, a monolithic history of the world by the thirteenth-century author Sibt ibn al-Jawzi. Only a handful of Arabic manuscripts about the Crusades era have ever been translated into English, which means that they have a large but untapped potential for providing insight into Arabic-language perspectives on Western incursions. al-Jawzi worked as a secretary under several rulers from the Ayyubid Dynasty, whose originator Saladin famously captured Jerusalem in 1187 and precipitated the Third Crusade. al-Jawzi’s heritage in particular distinguishes him, as he was of Turkish descent, and the Ayyubid Dynasty replaced the ruling Turkish families in Syria and Egypt. His accounts contain eyewitness information and apparent passages from lost texts.

A few pages into the translation of the first Hijri years in the chronicle, I noticed that several words contained spelling errors and missing letters. The volume of the text I was working with was only published in facsimile once, in Hyderabad in 1951. Further investigation revealed one Japanese scholar’s paper, in which he criticized the 1907 transcription upon which the 1951 facsimile was based. Not wanting to give up, I searched for the two original manuscripts with the years I needed. Both are in Istanbul and not publicly available.

I studied at the University of Oxford through Boston College’s partnership with Mansfield College for the 2017-2018 year, and I discovered through my rapport with Islamic medievalists there that there was another manuscript I should look into stored at the Bodleian Library. The Book of Curiosities was discovered in a Bodleian acquisition in 2003 and is a unique copy of a book of astronomical and world maps. The facsimile and translation were only published in 2014, so scholars have only had access to the text for a few years.

My thesis research, about the construction of the Islamic frontier and civilization’s borders, is ongoing. The Aggad Fellowship has been invaluable in giving me the language skills to access historical sources I could not have otherwise.